There may not be another $1,200 check coming to Americans under a proposed $500 billion stimulus plan by Senate Republicans. 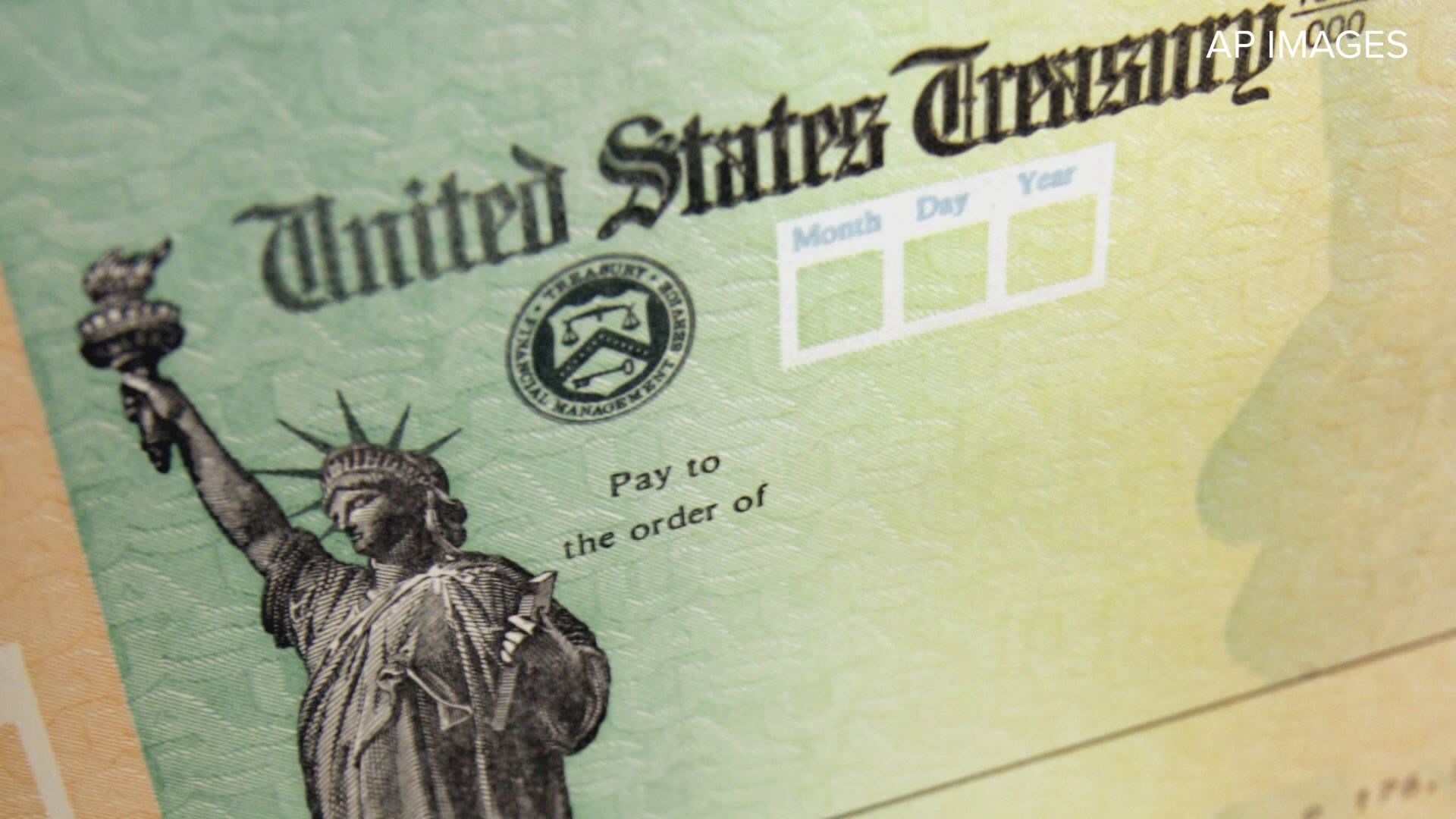 WASHINGTON — Senate Republican leaders are preparing a slimmed-down coronavirus relief package of roughly $500 billion that will include extended payments for unemployed people and smaller businesses, a GOP senator said Tuesday.

The measure will also include $10 billion for the embattled Postal Service, said one top GOP aide. The agency has become the focus of a campaign-season battle over whether it will have enough resources to handle an expected flood of mail-in ballots for this November's presidential and congressional elections.

The fight between President Donald Trump and congressional Democrats over weathering the pandemic has become a critical battle that's highlighted Trump's troubled handling of an outbreak that has killed over 170,000 Americans, cost tens of millions of jobs and shuttered businesses in virtually every community.

It's also focused recently on newly imposed cuts in Postal Service operations that critics say are aimed at curtailing the agency's ability to deliver mail-in votes in time for them to be counted this November. That has coincided with Trump's repeated insistence, without foundation, that expected record levels of mail-in votes by people eager to avoid polling places will lead to widespread fraud in the elections.

Under intense public and political pressure, Postmaster General Louis DeJoy said Tuesday that he would withhold some of the operational changes he has begun to impose, like the removal of mailboxes, until after the elections.

Negotiations over a far larger coronavirus relief bill are expected to resume after Labor Day between the White House and top congressional Democrats.

"I’m hoping that we actually can get back together, and in spite of the proximity to the election, put it aside and reach an agreement sometime soon,” Senate Majority Leader Mitch McConnell, R-Ky., said Tuesday in Manchester, Kentucky.

With Democrats demanding that bargainers piece together a wide-ranging measure, the trimmer package emerging from McConnell and other top Republicans seems to be an effort to show voters what the GOP would favor enacting quickly. With the party's presidential convention next week, the measure could give Republican senators facing difficult reelection races this fall an opportunity to vote for a relief measure with popular provisions, even though it would probably be blocked by Democrats demanding a more generous bill.

The GOP package was also taking shape as House Speaker Nancy Pelosi, D-Calif., has summoned the House to return to Washington for an unusual Saturday vote to provide $25 billion for the Postal Service and to block changes in the way it operates. In a letter to fellow Democrats, she said she'd continue seeking a broader economic relief bill “as the coronavirus crisis continues to spiral further out of control."

Sen. Roy Blunt, R-Mo., a member of the Senate Republican leadership, said the emerging legislation will provide $300 weekly in extra federal payments for unemployed people above the state payments that beneficiaries receive. He said he believes the extra payments would run through 2020.

A massive relief bill approved earlier this year provided $600 extra per week, but those payments expired at the end of July. Democrats want to continue the added $600 in payments, but Trump and congressional Republicans have pushed for less.

Blunt said the trimmed-down measure would also have money for schools to cope with the coronavirus pandemic and for businesses struggling to stay open and retain employees during the staggering recession.

That aide said the plan also has $16 billion for virus testing and $29 billion for developing vaccines, manufacturing treatment and other initiatives aimed at conquering a virus that has killed more than 170,000 Americans and infected more than 5 million this year.

The bill does not include a renewal of the one-time direct payments of up to $1,200 for taxpayers and dependents that were part of early legislation aimed at providing relief to people as the economy slowed to a near halt. In Kentucky, McConnell said he'd favor continuing the aid to lower-income people “who have been hit the hardest by the pandemic.”

The Democratic-led House approved a $3 trillion relief plan in May, while Senate Republicans offered a $1 trillion package. In negotiations between Democrats and the White House that dissolved in bitterness earlier this month, Democrats dropped their proposal to $2 trillion and asked Republicans to meet them at that halfway point, but that has not happened.

The two GOP aides spoke on condition of anonymity because they were not authorized to discuss the legislation publicly.