'It's concerning' | More kids in North Carolina are getting COVID-19, state says 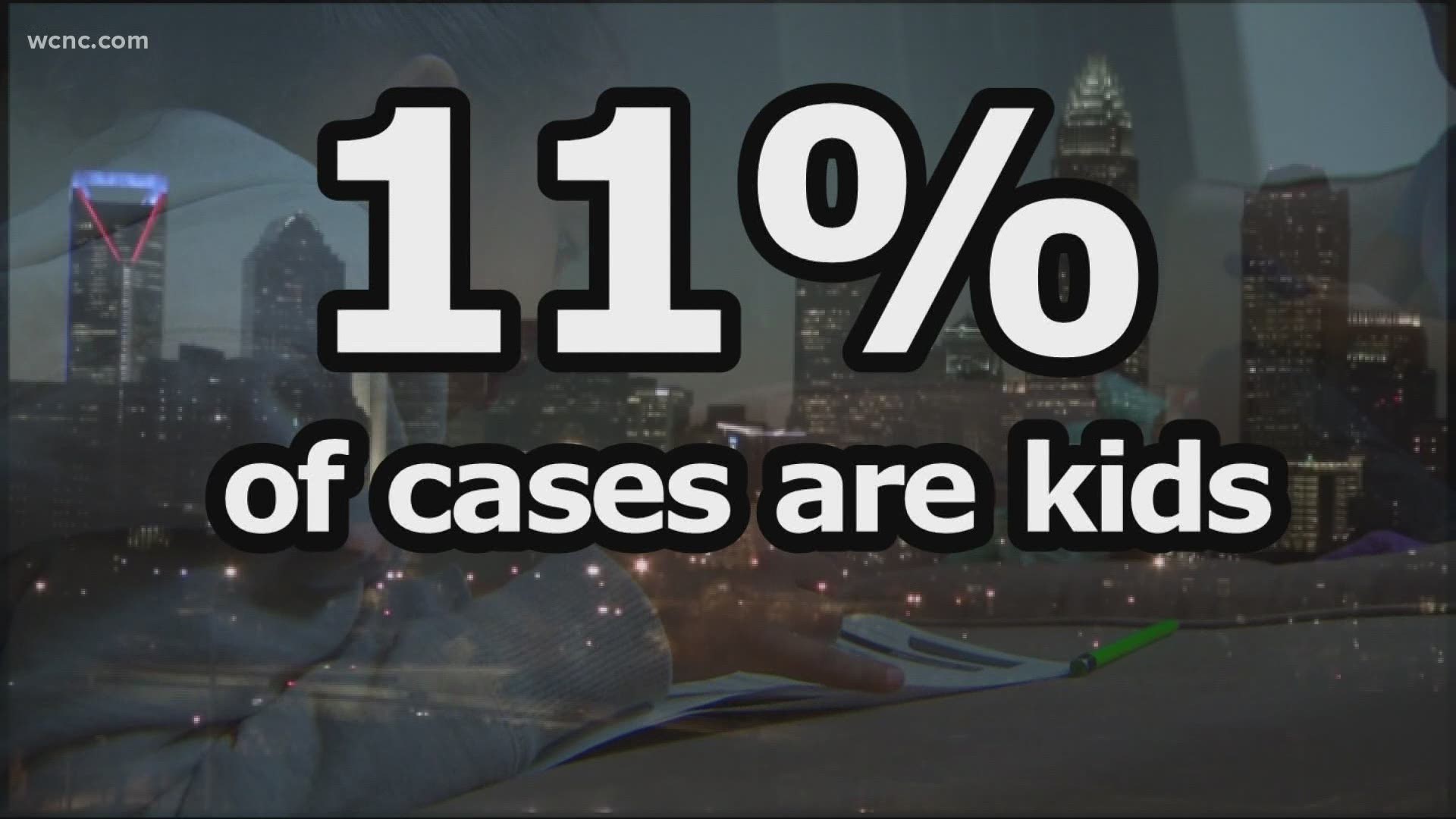 CHARLOTTE, N.C. — Coronavirus cases in children are on the rise in North Carolina.

“It's concerning, yes, but in general I’d say, as a practitioner, for this area, is that COVID cases, in general, are increasing," said Dr. Carlos Paxtor with Sunshine Pediatrics in Rock Hill.

Paxtor says the increase in child cases is mostly to be expected, as more people, in general, are tested and diagnosed. On the bright side, kids are still the least likely population group to develop serious or deadly symptoms, but Paxtor said it's still not good.

“It's not impossible, but it’s highly unlikely," Dr. Paxtor said.

And even though kids are notorious germ spreaders, recent research by the American Academy of Pediatrics shows most kids who get the virus contract from adults, not other children.

Now as families start to get out of the house more, as parents head back to work, more kids are getting the virus.

Nationally, child cases shot up by 88,000 between July 9-23, a sharp increase of 44%. And experts say the growth of new cases isn't likely to slow down with school set to resume in August.

“Do we expect an increase in the cases? Absolutely," Dr. Paxtor said.

Paxtor says parents shouldn’t panic – kids still make up only 8.5% of all cases in the US and less than 1% of deaths.

But he says reinforcing good hygiene both at school and at home will be critical in the coming months.

“The precautions are not just in the in the school where you don't want to catch it but also when you return home how you approach everybody else," he said.

It's also important to note that research shows kids under 11 are half as likely as adults to spread coronavirus, but kids between 11 and 17 can transmit the virus just as often as adults do, even when they're asymptomatic.