"She's there because they are supposed to be able to take care of her. Now that she's even at greater risk and not being cared for the way that she should be." 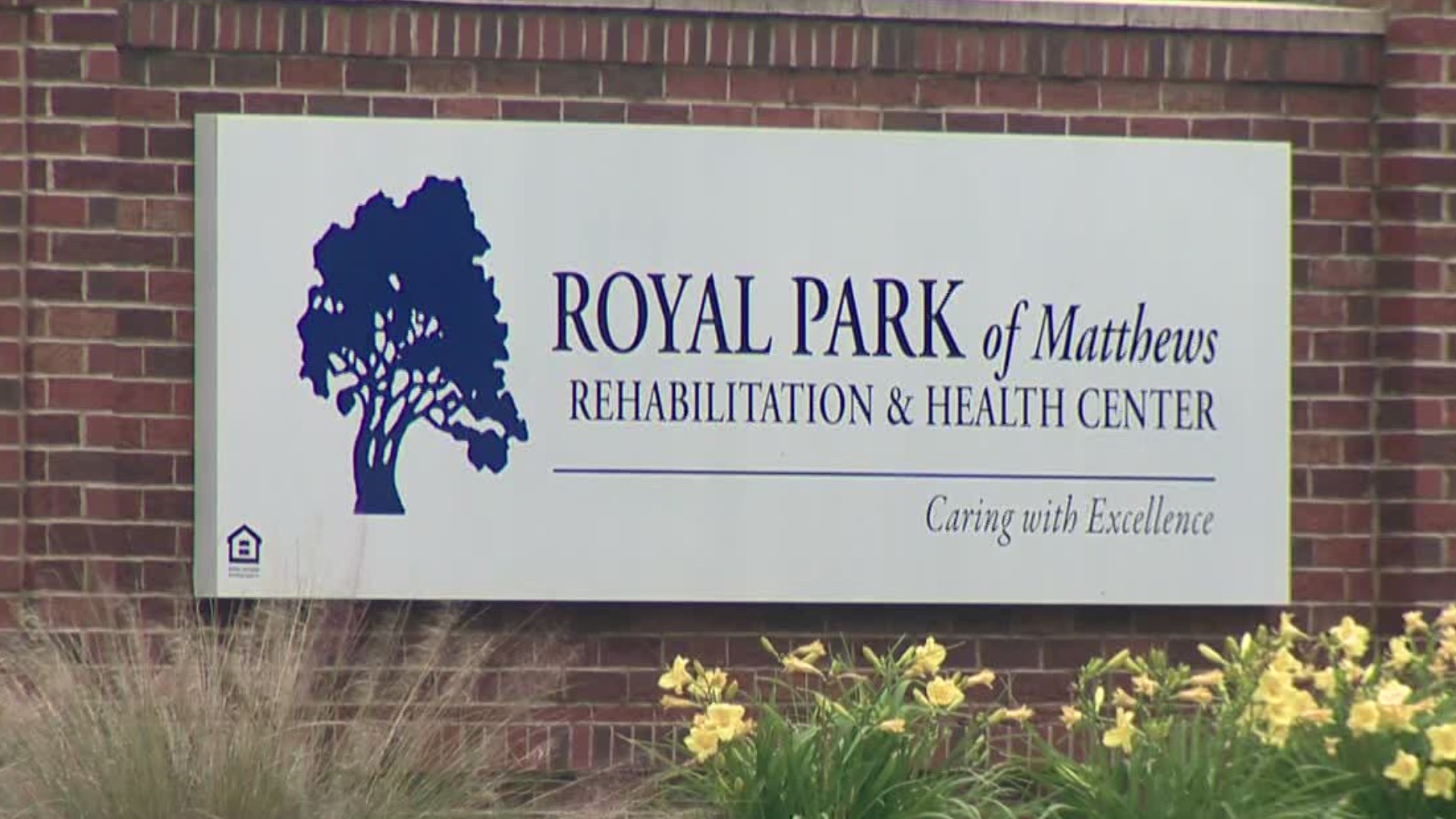 MATTHEWS, N.C. — Royal Park of Matthews Rehab Center is one of 16 long term care facilities in Mecklenburg County with an active coronavirus outbreak — in total, the county has reported 18. According to the facility, there are 11 staff members and 43 residents who tested positive.

A concerned family member tells WCNC Charlotte they are worried about their mother’s safety.

“We’re absolutely afraid that this is going to be it, that this is how she's going to die,” they told WCNC Charlotte in an anonymous interview. They feared there would be retribution if they used their name.

“Had they been following the protocol that has been put in place, it would not have spread that way," the family member said. "So that one person that works there that was not following protocol has now created quite a spread for frankly, people who don't have the immune systems to fight it."

They also believe the quality of care has plummeted, and because their mom is at a facility with an active outbreak, she can't be moved anywhere else.

“We’re incredibly angry," the individual said. "To put her at risk, she's there because we can't take of her. She's there because they are supposed to be able to take care of her. Now that she's even at greater risk and not being cared for the way that she should be."

According to a statement sent to WCNC Charlotte, all staff members are required to wear masks, gowns, gloves and goggles. Officials say they are strictly following all local and state health guidelines. Anyone who's loved one has tested positive will be notified.