If you visited the Gastonia Farmer's Market, you should get tested for coronavirus: Officials warn

A vendor at the farmer's market has tested positive and officials say hundreds could have unknowingly interacted with the vendor. 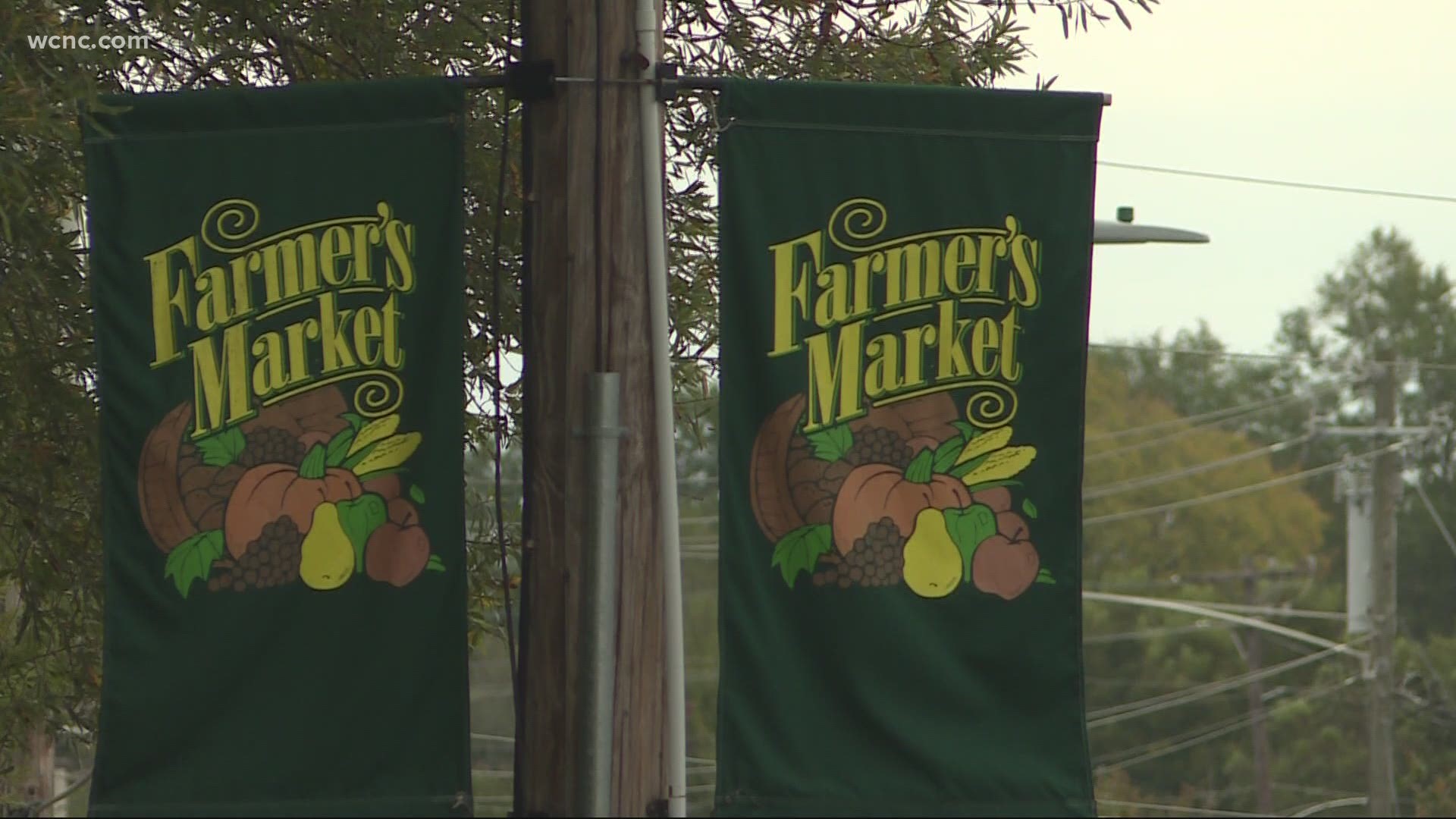 GASTON COUNTY, N.C. — The Gastonia Farmer's Market will be closed until October 24 after a vendor working at the market tested positive for COVID-19, health officials announced Friday.

According to a post on the Gastonia Farmers Market Facebook page, the vendor worked at the market on Saturday, October 10 and Tuesday, October 13. Any person who went to the farmers market on either day is encouraged to get a COVID-19 test if needed and monitor any symptoms they are experiencing.

According to Gaston County DHHS, there were 20 vendors at the Farmer's Market Saturday and about four vendors Tuesday. As many as hundreds of customers may have been at the market Saturday with a smaller crowd on Tuesday.

Even though the Farmer's Market is an open-air place, organizers require everyone to wear a mask though Kenney said some people chose to ignore the rule.

Kenney said that mentality also appeared to be contributing, in part, to a spike in the county's positive cases and hospitalizations.

"Probably a lot of this is people being really tired," Kenney said. "What we'd like to ask the public to do is keep taking those everyday preventive action."

She added Gaston County's data typically showed a spike in COVID-19 cases each time the state enters into a new phase before leveling off though Kenney said the county's current metrics are still rising.

To learn more about COVID-19 testing, individuals can call 704-862-5303. You can also click this link to find local testing facilities.

On Thursday, state health officials announced 2,532 new cases, which continued a rise in daily cases that has been rising more quickly since the state entered Phase 3 of coronavirus reopening restrictions.

"Recently, like much of the country and other parts of the world, we’ve seen higher numbers," Gov. Roy Cooper said. "It will be important to continue watching these numbers over a 14-day period. But one thing is clear – we must be even more vigilant in our effort to prevent the spread of this virus."

RELATED: Remdesivir has 'little or no effect' in preventing COVID-19 deaths, WHO study finds