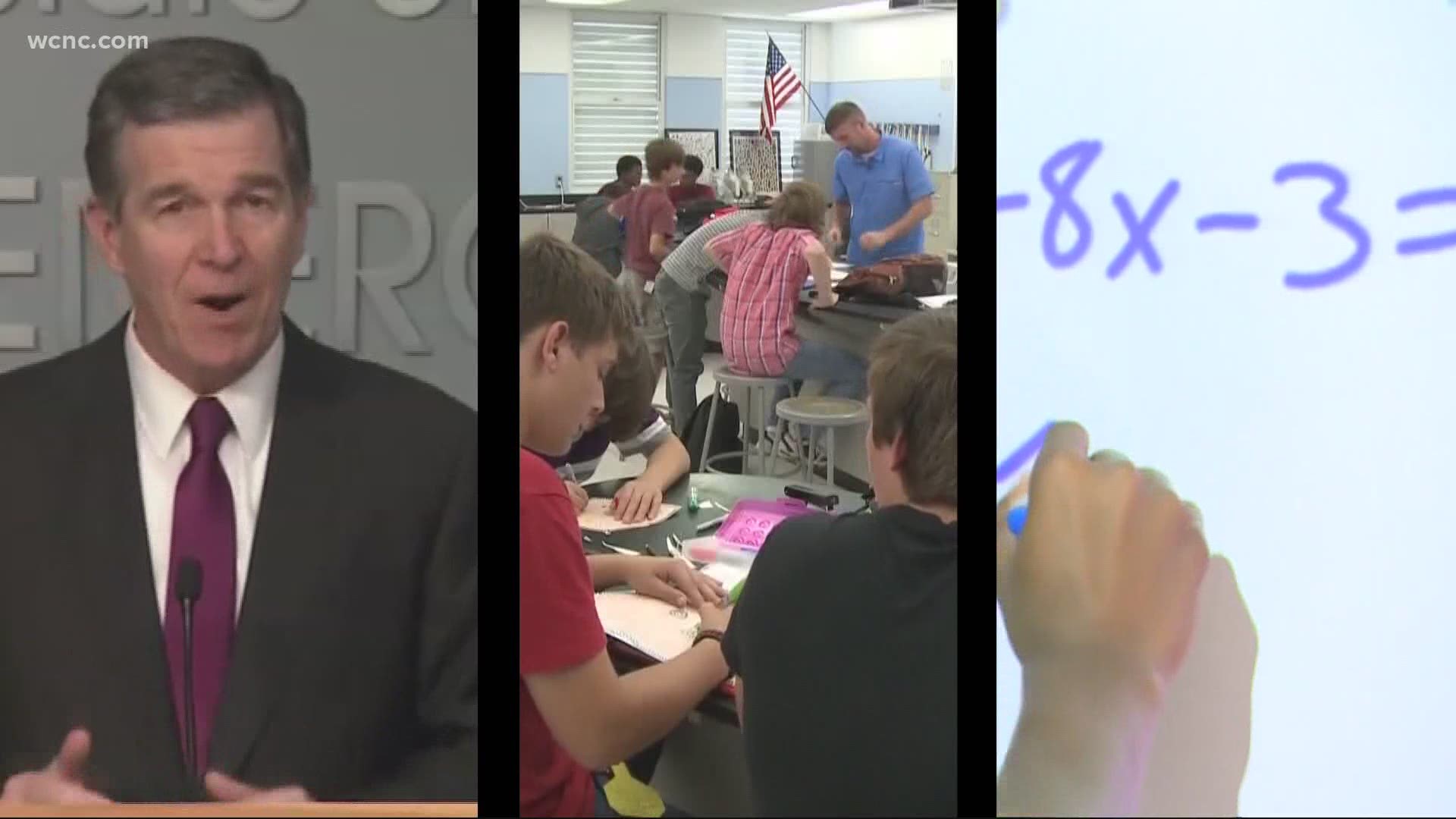 CHARLOTTE, N.C. — North Carolina set a new record for coronavirus case increases Wednesday. According to the latest update from the state's Department of Health and Human Services, 1,843 more people tested positive for the virus. The positive test rate also increased to 10 percent from 9 percent the day before. However, the average rate over the last 14 days was relatively unchanged and remains around 9 percent.

Hospitalizations involving coronavirus patients declined slightly from Tuesday, down to 901, but levels are still around the highest they have ever been.

The Tar Heel state's total case count is now at 66,513. There have been 1,373 coronavirus-related deaths, which is 30 more than reported Tuesday.

Gov. Cooper said his number one re-opening priority is getting kids back into classrooms

"Let me be clear. We want our schools open for in-person instruction in August. The classroom is the best place for children to learn. Recent reports recommend it, and I know many parents and children agree," Cooper said.

Cooper did not issue a statewide directive Wednesday on how schools should be open in the fall but said he will soon.

"We want to get our students back in the classroom, and we want to make sure we get this right," Gov. Cooper said.

Dr. Mandy Cohen said "while missing school is harmful to kids, the emerging scientific evidence suggests that going to school is less of a risk as we think about the potential spread of COVID-19."

"We will continue to have to evaluate the scientific research carefully on this, but the current science is encouraging," Dr. Cohen said.

In June, the state released the Strong Schools NC Public Health Toolkit laying out essential health practices for schools to re-open safely. Schools were asked to prepare three plans: Plan A – in-person learning with key health and safety rules in place. Plan B – same as Plan A, but with fewer children in the classroom at one time. And Plan C – remote learning for all students.

Tuesday, state health officials announced a new initiative involving one-time universal testing of residents and staff members at all 400 of the state's nursing homes. The testing is set to start next week and will run through mid-August and will cover 36,000 residents and 25,000 staff members.

According to DHHS, as of Wednesday, there were 4,459 COVID-19 cases reported in the state's nursing homes and 671 deaths. The number of outbreaks stands at 122.

Previously, all people at a home would be tested if at least one case of the coronavirus was detected, said DHHS Secretary Dr. Mandy Cohen.

WCNC Charlotte will carry the governor's announcement live on TV and on Facebook, Twitter, and here on wcnc.com.

RELATED: Back-to-school Backtrack | Governor Cooper not yet announcing plans for next school year