While a growing number of people need food assistance, farmers are being forced to dump their products because they have a surplus. A local farmer explains why. 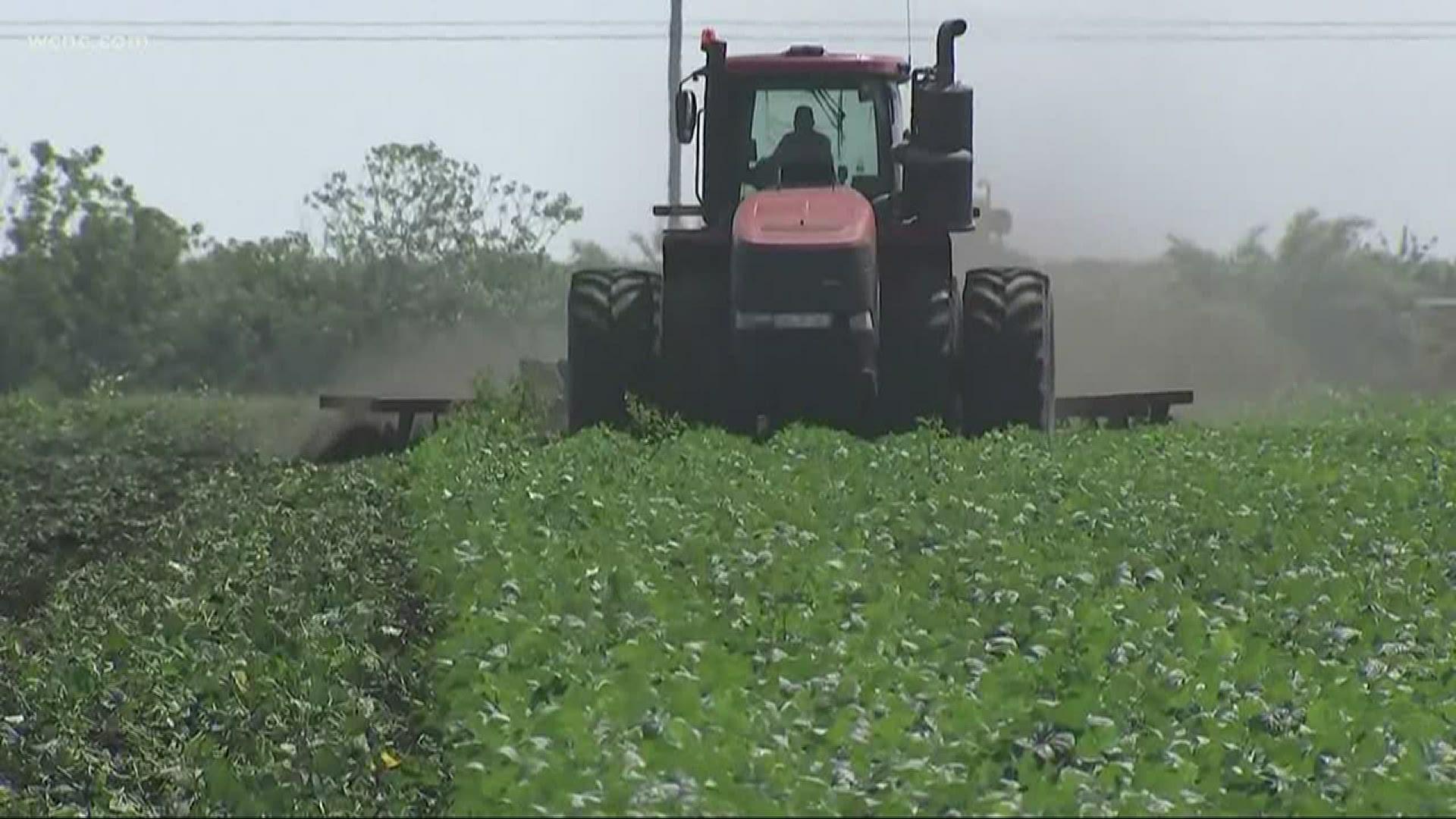 CHARLOTTE, N.C. — At a time when food seems to be flying off of grocery store shelves, you’d think this would be a great time for farmers. It makes the sight of farmers dumping their milk and destroying their vegetables all the more puzzling.

“The main problem with what’s happening in our economy is the distribution system,” said Doug Patterson, the owner of Patterson Farm in North Carolina.

Patterson says part of a farmer’s business goes to food retailers like grocery stores, and the other part to food services like restaurants and cafeterias.

“Over half of our customers are not in business right now,” Patterson said. “I know personally as a farmer I’m very nervous.”

“The retailers can’t handle but so much, their warehouses are a certain size,” Patterson said.

Even if they had space, Patterson says all the extra business has them stretched thin.

“They’re telling us it’s hard for them to get the trucks unloaded, so their distribution is unable to handle this increase,” Patterson said.

You may wonder, what about donating it? Patterson says it’d be too much food and no way to send it.

“Food donation centers cannot handle thousands of pounds of product that can’t go to market,” Patterson said. “We would need a ton of trucks and drivers to take a few boxes at a time and deliver them to al the places that need the donations, but that system’s not set up.”

Patterson says they’d still have to pay people to pick the crops and ship it, which is another cost they can’t handle.

“They’ve already incurred a huge loss,” Patterson said, “So when you see farmers turning under their crops, it’ll cost them less than trying to harvest it, pick it, put it in a box, and then try to give it away.”

Patterson says whether it’s produce, milk, meat, or toilet paper, to change their processes for what’s hopefully a temporary crisis wouldn’t be economical or feasible.

How to properly wear face masks to prevent coronavirus spread