A team of researchers found that in some people with severe COVID-19, the body goes rogue and attacks one of its own key immune defenses instead of the coronavirus. 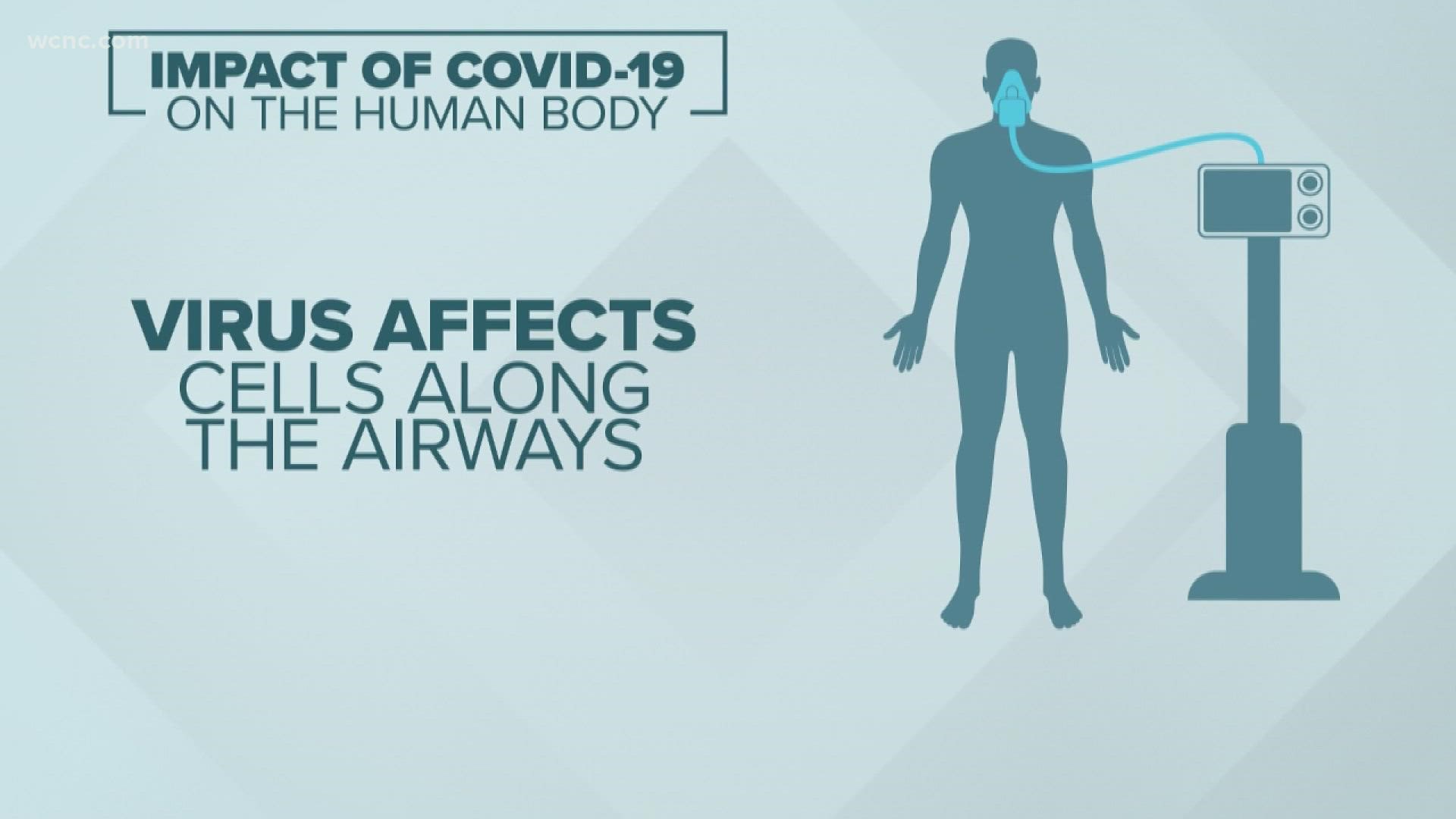 One of COVID-19's scariest mysteries is why some people are mildly ill or have no symptoms and others rapidly die — and scientists are starting to unravel why.

An international team of researchers found that in some people with severe COVID-19, the body goes rogue and attacks one of its own key immune defenses instead of fighting the coronavirus. Most were men, helping to explain why the virus is hitting men harder than women.

And separate research suggests that children fare better than adults thanks to robust “first responder” immune cells that wane with age.

They're the latest in a list of studies uncovering multiple features of the immune system's intricate cascade that can tip the scales between a good or bad outcome. Next up: Figuring out if all these new clues might offer much-needed ways to intervene.

“We have the knowledge and capability of really boosting many aspects of the immune system. But we need to not use the sledge hammer,” cautioned Dr. Betsy Herold of New York's Albert Einstein College of Medicine, who co-authored the child study.

Adding to the complexity, people's wildly varying reactions also reflect other factors, such as how healthy they were to begin with and how much of the virus — the “dose" — they were exposed to.

“Infection and what happens after infection is a very dynamic thing,” said Alessandro Sette, a researcher at the La Jolla Institute for Immunology in San Diego, who is studying yet another piece of the immune response.

There are two main arms of the immune system. Innate immunity is the body’s first line of defense. As soon as the body detects a foreign intruder, key molecules, such as interferons and inflammation-causing cytokines, launch a wide-ranging attack.

Innate immune cells also alert the slower-acting “adaptive” arm of the immune system, the germ-specific sharpshooters, to gear up. B cells start producing virus-fighting antibodies, the proteins getting so much attention in the vaccine hunt.

But antibodies aren't the whole story. Adaptive immunity's many other ingredients include “killer” T cells that destroy virus-infected cells — and “memory” T and B cells that remember an infection so they spring into action quicker if they encounter that germ again.

Usually when a virus invades a cell, proteins called Type I interferons spring into action, defending the cell by interfering with viral growth. But new research shows those crucial molecules were essentially absent in a subset of people with severe COVID-19.

An international project uncovered two reasons. In blood from nearly 1,000 severe COVID-19 patients, researchers found 1 in 10 had what are called auto-antibodies — antibodies that mistakenly attack those needed virus fighters. Especially surprising, autoimmune disorders tend to be more common in women — but 95% of these COVID-19 patients were men.

The researchers didn't find the damaging molecules in patients with mild or asymptomatic COVID-19.

In another 660 severely ill patients, the same team found 3.5% had gene mutations that didn't produce Type I interferons.

Each of those silent vulnerabilities was enough to tip the balance in favor of the virus early on, said Dr. Jean-Laurent Casanova, an infectious disease geneticist at Rockefeller University in New York, who co-leads the COVID Human Genetic Effort. He is paid by the Howard Hughes Medical Institute, which also helps fund The Associated Press Health and Science Department.

Certain interferons are used as medicines and are under study as a possible COVID-19 treatment; the auto-antibody discovery adds another factor to consider.

It's not clear why children appear less at risk from COVID-19. But occasionally they're sick enough for hospitalization, giving Herold's team the opportunity to compare 60 adults and 65 children and teens at New York’s Montefiore Health System.

The children produced much higher levels of certain cytokines that are among the innate immune system's first responders. When the immune system's next stage kicked in, both adults and children made antibodies targeting the coronavirus. Here's the rub: The adults' adaptive immune response was more the type that can trigger an inflammatory overreaction.

The findings suggest kids' early robust reaction lets their immune system get ahead of the virus, making an overreaction less likely "and that's protecting them,” Herold said.

The coronavirus that causes COVID-19 is new to humans. But Sette's team studied blood samples that were stored in freezers before the pandemic and found some harbored memory T cells that recognized a tiny portion of the new virus in laboratory tests.

“You can actually tell that this is an experienced T cell. This has seen combat before,” Sette said. Researchers in Germany, Britain and other countries have made similar findings.

The new coronavirus has cousins that cause as many as 30% of common colds, so researchers believe those T cells could be remnants from past colds.

But despite the speculation, “we don't know yet” that having those T cells makes any difference in who gets seriously sick with COVID-19, noted Rory de Vries, co-author of a study in the Netherlands that also found such T cells in old blood.

All these findings beg for a deeper understanding of the myriad ways some people can be more susceptible than others.

“We need to look quite broadly and not jump into premature conclusions about any one particular facet of the immune system,” said Stanford University immunologist Bali Pulendran. He also has found some innate immune cells “in a state of hibernation” in seriously ill adults and next is looking for differences before and after people get sick.

But, “it's not just all about the immune system,” cautioned Dr. Anita McElroy, a viral immunity expert at the University of Pittsburgh who’s closely watching the research. A way to tell in advance who's most at risk? “We’re a long, long way from that.”

RELATED: Have a cough? How to tell if it is fall allergies or the coronavirus 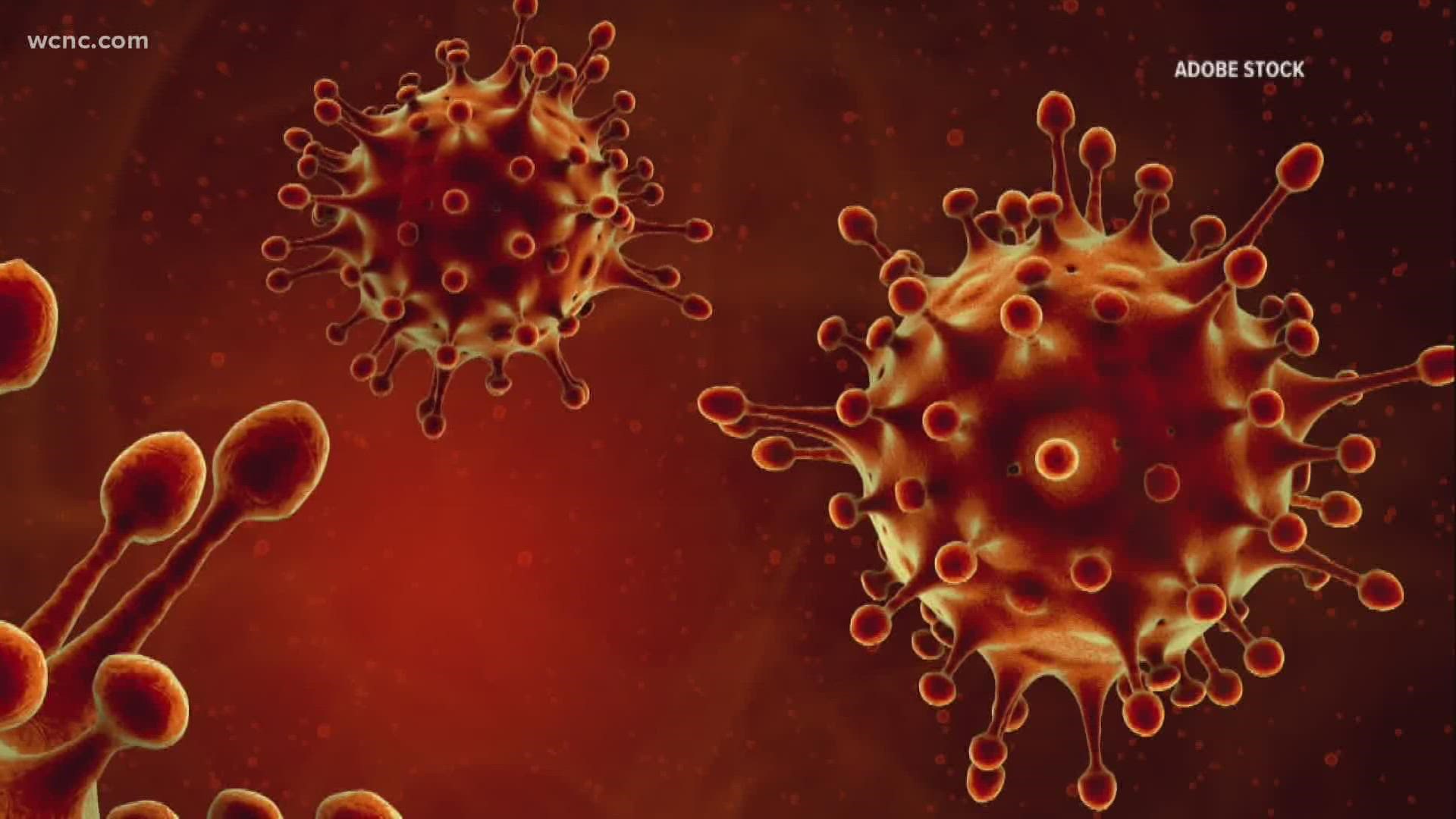 Facts not Fear: What we know about the omicron variant