Extra doses of Pfizer vaccine discovered, but not all of them are getting used

The FDA is recommending providers use a special syringe to capture the extra dose, but we learned not all providers in the Charlotte-area are using it. 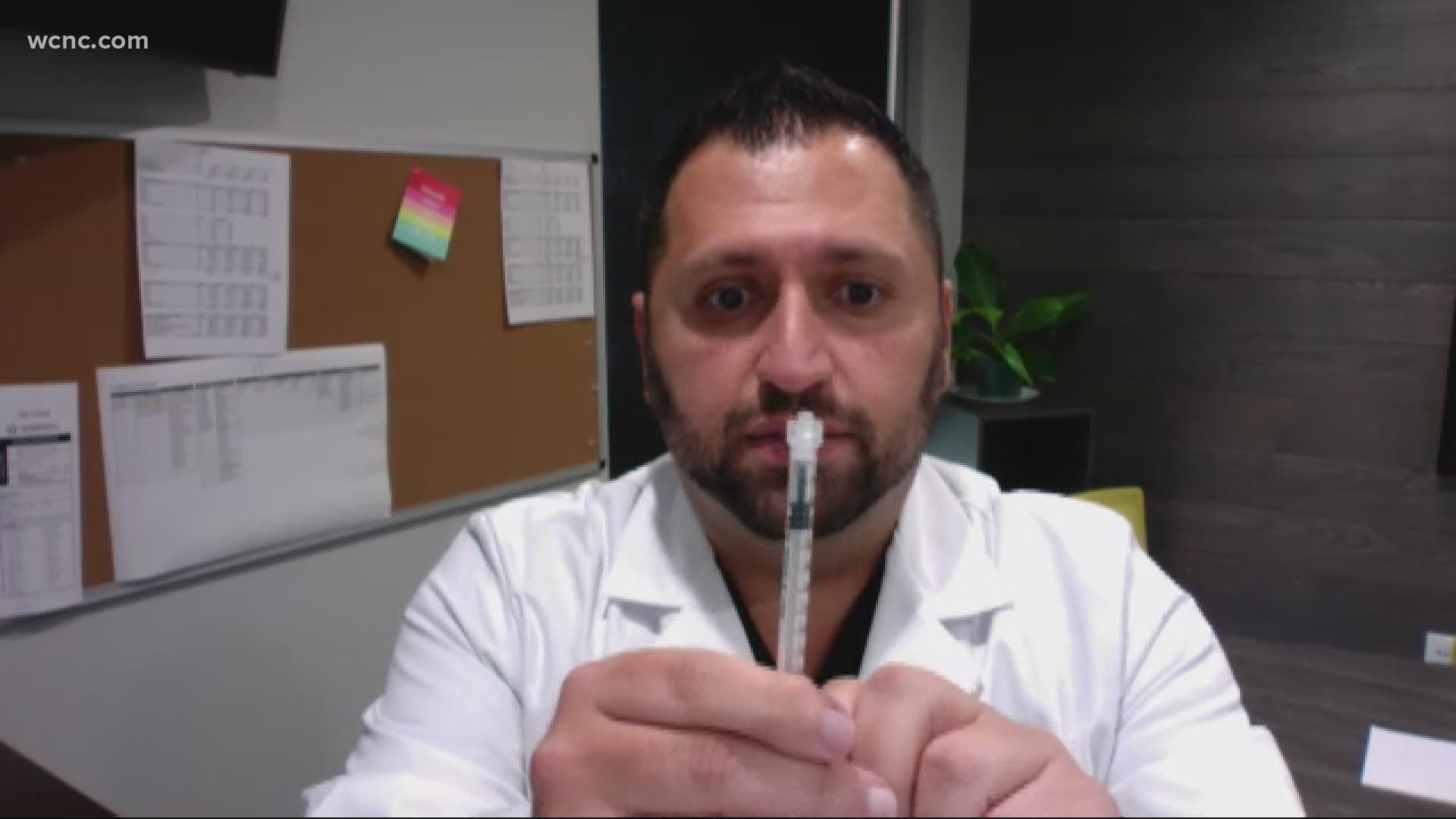 CHARLOTTE, N.C. — A WCNC Charlotte Defenders investigation is revealing there are more doses of the Pfizer vaccine than initially expected, but they’re not always being used.

The label says there are five doses per vial, but it turns out there are actually six. The FDA updated its Emergency Use Authorization to include the extra dose, but the agency says it can be harder to capture with a standard syringe.

The Defenders team crunched Mecklenburg County health data, which showed the sixth dose is usually being used, but other times it’s slipping through the cracks.

The FDA is recommending providers use a special syringe to capture the extra dose, but the Defenders team learned not all providers in the Charlotte-area are using it.

Every drop counts when preparing a COVID-19 vaccine, Dr. Arin Piramzadian, chief medical officer for StarMed said. It’s especially important now that providers have discovered there’s an extra dose in each Pfizer vial, which wasn’t initially reported. Unlike what the label shows, there are six doses per vial instead of five; the FDA outlined the changes in a December letter.

NEW: @US_FDA revised guidance to say there’s an extra dose per vial than what’s on the label for the @pfizer #vaccine , so 6 doses instead of 5, but standard syringes may not always work to extract the 6th dose. @wcnc pic.twitter.com/mMeRzAcZzQ

However, the Defenders team found out the 6th dose is harder to capture with a standard syringe. The FDA recommends using what’s known as a ‘low dead volume’ syringe.  According to an FDA document, “If standard syringes and needles are used, there may not be sufficient volume to extract the sixth dose from a single vial”.

“The medication can actually get stuck over here,” Dr. Piramzadian said as she showed WCNC Charlotte a standard syringe.

Dr. Piramzadian said the special syringe has a narrow plunger that pushes out any leftover vaccine.

However, not all vaccine providers in the Charlotte-area have the ‘low dead volume’ version. The Mecklenburg County Department of Public Health uses a standard syringe.

When the Defenders team crunched county data, it showed the Department of Public Health got the extra dose about 86% of the time, which is better than some other providers. However, that means 14% of the time the 6th dose slipped through the cracks; 276 unused extra doses so far.

County Health Director Gibbie Harris said the Department of Public Health does not have plans to purchase the special syringes, which cost about five times as much as the standard version.

“I believe we’ve been very successful in getting the extra dose out of the vial," Harris said. “We have been utilizing the equipment, the syringes the federal government has been sending with the vaccine. At this point, that has seemed to be effective for us, we don’t have any particular plans at this point to spend additional dollars on those syringes.”

Dr. Piramzadian on the other hand said he ordered the special syringes weeks ago, and he said there’s now a major backlog because of high demand.

“When we go to our regular distributors, they’re out for about three to four weeks,” Dr. Piramzadian said.

A county spokesperson said they’re anticipating the ‘low dead volume’ syringes to come with future shipments based on a recent federal announcement.

“If you have the ability to give the extra dose and save a life it’s obviously worth it,” Dr. Piramzadian said.

WCNC Charlotte also reached out to Atrium Health to see if they’re using the special syringes and what their supply is, but a spokesperson said they could not provide any information because their team was tied up with the mass vaccination event on Friday at Bank of America Stadium.

Novant Health tells WCNC Charlotte they have the special syringes on hand but didn’t provide details about their supply. They say they’re closely monitoring their syringe to vaccine ratio and making orders accordingly.

Late Friday afternoon, a spokesman for the County Department of Public Health told WCNC Charlotte there was a discrepancy with the previous data on the county’s website.  The spokesman says the latest data shows the Department of Public Health secured 1,639 extra doses from 1,755 Pfizer vials or about 93% of the extra doses using standard syringes.