The chief medical officer for the company StarMed took an antibody test to confirm the vaccine properly gave him immunity. 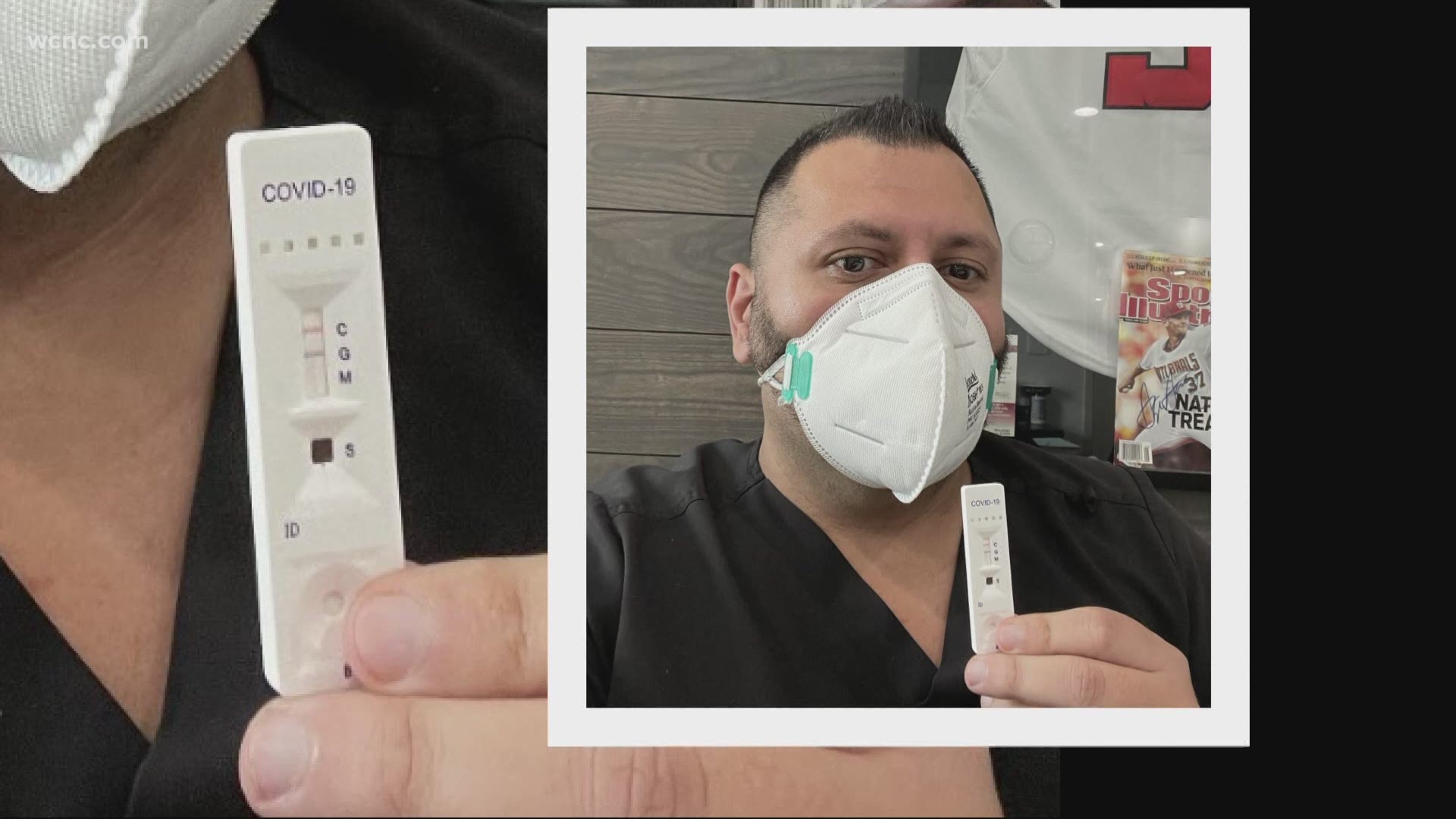 CHARLOTTE, N.C. — A doctor who received the COVID-19 vaccine took an unusual step to make sure it worked.

The chief medical officer for the company StarMed took an antibody test to confirm the vaccine properly gave him immunity. He said it gave him the confidence to safely be with his family and newborn son.

Dr. Arin Piramzadian is also overseeing an effort to give second doses to health care workers at Bojangles Coliseum which began on Monday. StarMed is in a partnership with the Mecklenburg County Health Department.

Dr. Piramzadian said he took an antibody test that showed the Moderna vaccine he received had worked.

“Twelve days later I actually made antibodies which is exactly what you would expect with the vaccination,” said Dr. Piramzadian.

As someone who deals directly with COVID-19 patients, he didn’t want to put his family at risk, including his newborn son.

“For almost four months of his life, I was not around him at all,” said Dr. Piramzadian.

After receiving the ⁦@moderna_tx⁩ #COVIDVACCINE Dr. Arin Piramzadian with ⁦@StarMedCare⁩ took an unusual step - he took an antibody test to confirm the vaccine worked properly. And bingo! ⁦@wcnc⁩ pic.twitter.com/V88evsKxvo

However, post-vaccine he felt comfortable holding his son.

Dr. Piramzadian is the chief medical officer for StarMed, which administered hundreds of second doses to health care workers at Bojangles Coliseum on Monday.

“Anyone that is second dosing is a health care worker at this point,” said Dr. Piramzadian.

He encourages others to take the same test he did. However, he said unlike in hospitals and labs, StarMed has a test specific to the spiked protein antibody, which is the type produced after the vaccine.

“If you go to the hospital it’s going to come back negative and you’re going to think it didn’t work when you do our test since it’s specifically for spiked proteins that specifically shows the accuracy,” said Dr. Piramzadian.