The 7- month- old lives in Kershaw County, South Carolina, the home of the most confirmed cases in the state. 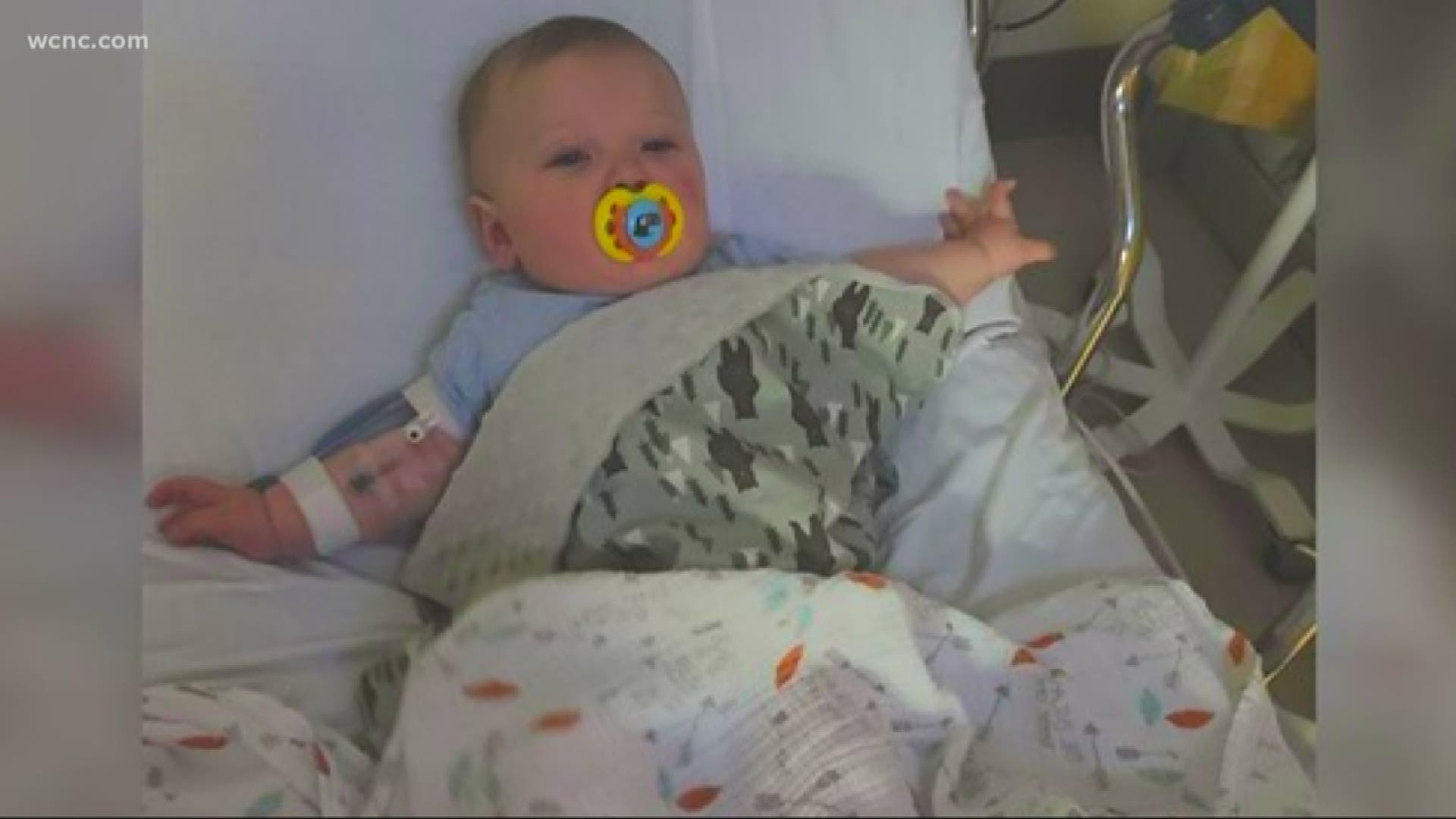 KERSHAW COUNTY, S.C. — Emmett Doster is one of the youngest people in the country to test positive for coronavirus.

The 7-month-old lives in Kershaw County, South Carolina, the home of the most confirmed cases in the state.

Wake Up Charlotte’s Billie Jean Shaw spoke to his mother Courtney over video chat, with Emmett by her side for a short time, but understandably is crying more than usual.

Two weeks ago, Courtney’s 55-year-old mother, a daycare worker in Kershaw, tested positive for the COVID-19. She is one of the first cases in the state. Before showing any symptoms, she spent time around her grandchildren.

“She had a dry cough for over a week,” said Courtney. “We all have allergies this time of the year, so she chalked it up to that, she was feeling fine.”

Based on her mother’s case, Courtney knew to be extra concerned when Emmett’s temperature spiked to 104 degrees last Monday. She called the pediatrician, hospital, and DHEC, spending a total of three hours on the phone trying to figure out if a baby could be tested for the virus.

“They hadn’t done this yet, so you know they had to make sure the test was suitable for his age.”

By midnight, Emmet was tested for COVID-19. The results would not come back for another 24 hours, overnight, Emmett’s health continued to decline.

“By 3 a.m., his breathing became rapid and we couldn’t get his fever to break,” said Courtney.

She, her husband, 4-year-old son and 2-year-old daughter were not given a test, doctors told them to assume they had it too. The family is now is under a legal contract with DHEC not to leave their homes until April 1st.

“It’s enforceable by law, it was said in our contract it’s a felony if we do break it,” said Courtney.

As of this morning, Courtney says Emmett’s symptoms continue to worsen.

“He’s coughing more when he’s sleeping so it’s really concerning,” said Courtney. “There’s no medicine or anything he could take, so they just told him to let it run its course.”

Courtney is now praying for a safe recovery.

“A lot of babies don’t have it, so there’s so much they don’t know.”