Technically, a vaccine isn't counted as being administered when it goes into someone’s arm, but when it’s logged in the state's data system, CVMS. 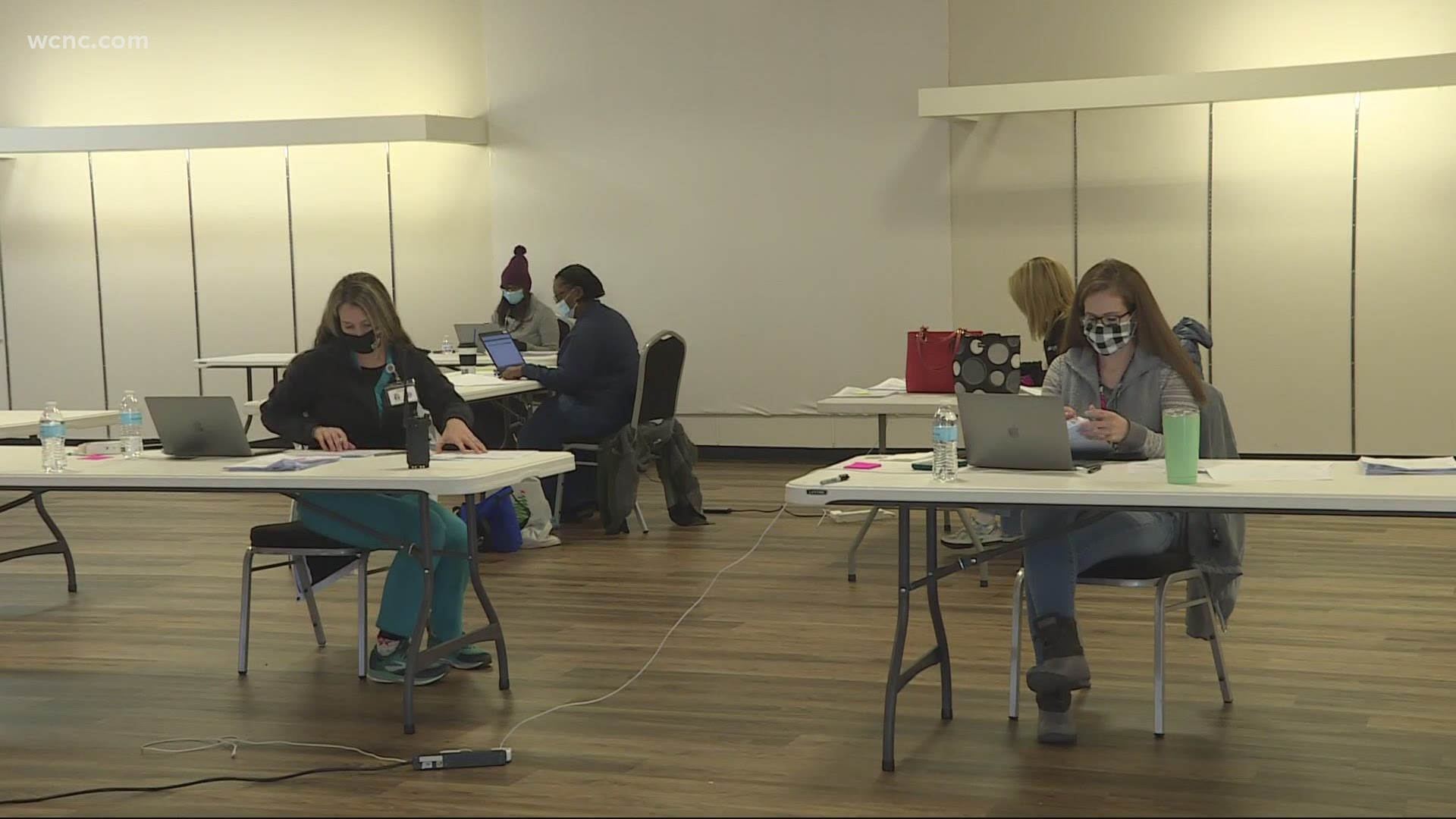 The biggest part of the process is getting shots into arms but there’s also a lot that must happen behind the scenes. Vaccine providers are required to input a lot of information about who is getting vaccinated into the state's data logging system, and it comes with its own set of challenges.

Technically, a vaccine isn't counted as being administered when it goes into someone’s arm, but when it’s logged in the state's data system, CVMS.

RELATED: How the COVID-19 vaccine trial sizes compare to other vaccines

Rowan County Health Department officials have learned a lot about mass vaccination and have worked out a lot of the kinks to holding weekly clinics.

The data of who gets a dose of what vaccine and when they get it needs to be logged in North Carolina's Centralized Vaccine Management System, or CVMS.

“That’s what the state looks at to understand that the vaccine has been actually administered and they perform allocations based on that,” Randy Cress, the assistant county manager and chief information officer in Rowan County said.

sent a letter to Gov. Roy Cooper on changes they believe had to be made  In the letter, they called CVMS “burdensome and ineffective" and said it was "creating an unnecessary bottleneck in the delivery of vaccines."

RELATED: When will children be able to get the COVID-19 vaccine?

Vaccine clinics are not just cars lined up, rolled down windows and rolled up sleeves. A big part happens behind the scenes when vaccine providers log data. It's required by the state and the process can be a burden. What Rowan Co. is doing to overcome that at 6 @wcnc pic.twitter.com/O0l0MyK7zm

At the beginning of the vaccine rollout, many local health departments struggled to keep up with the work.

“It does require additional staff and time," Dr. Meg Sullivan with the Mecklenburg County Health Department said in January.

“You would have a mass vaccination clinic and then you might be entering data for two to three days,” Cress said. But now, they’ve gotten it down to a science.

The solution in Rowan County has been simple, they’ve dedicated more staff to data logging so that it is almost in sync with the actual vaccinations.

“We’re about five to six minutes for an individual to run. So with our vaccination clinic, we had today that was running about 160 an hour for the actual outside clinic for the vaccine administration. So that means we need about eight or nine staff to keep up with the pace,” Cress said.

A key to ensuring the state and federal government know what's being used and can allocate more doses.

Cress said scheduling appointments is the biggest pain point right now. They are hoping the state will come up with a unified system for that soon.