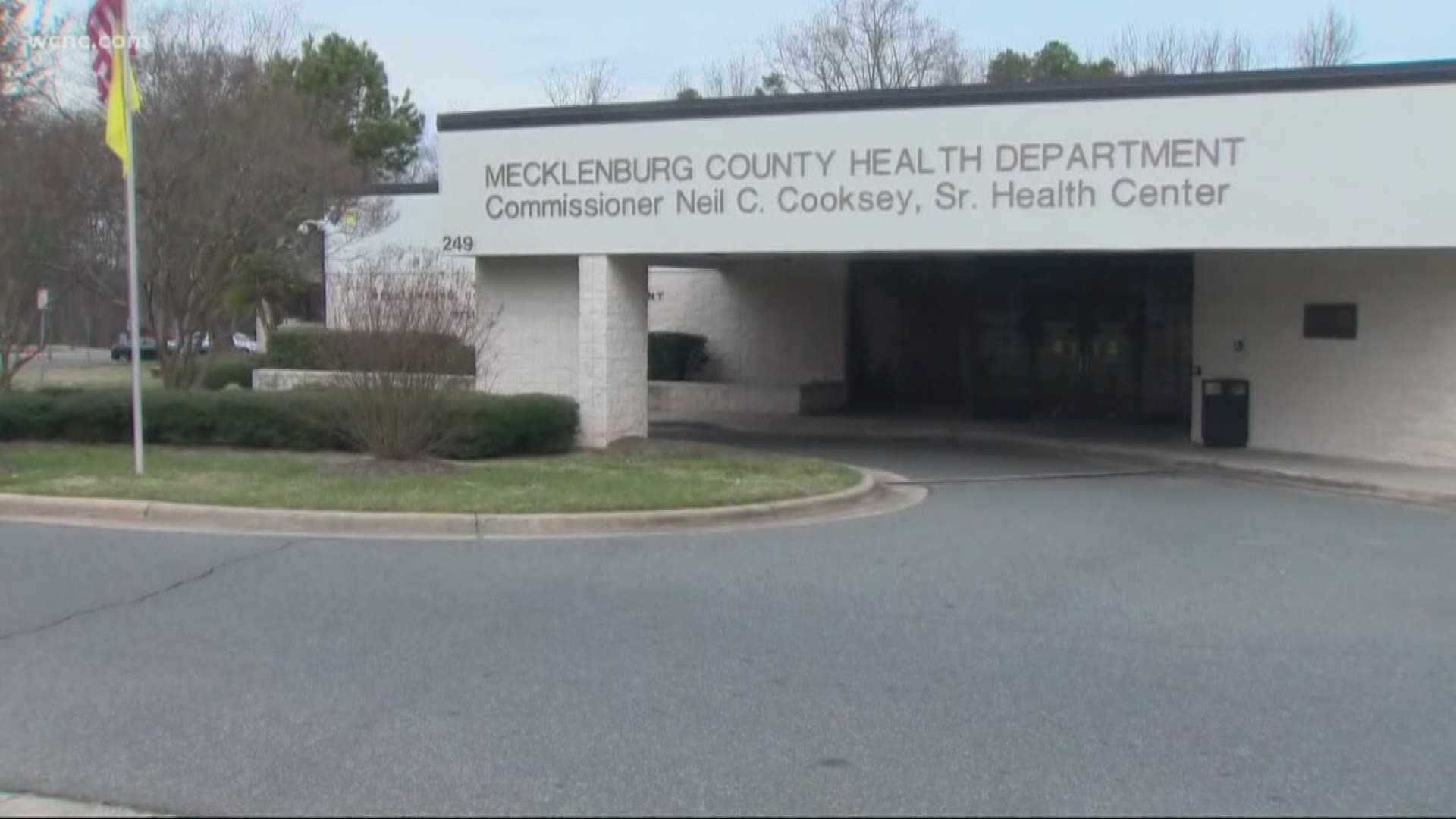 CHARLOTTE, N.C. — Major companies have put restrictions on travel for their employees, part of the reason airlines are taking a hit due to the coronavirus outbreak. But, airlines and airports promise they're doing serious deep cleaning.

Travel wisely, that’s the message from health officials in the wake of the coronavirus.

“I’ve got hand sanitizer, wet wipes in here so I can just wipe down whenever I sit down," traveler Karan Gordon said. "I was trying to get some gloves but of course they're hard to find."

A South Carolina man with a potential case had connected through Charlotte on his way back from Italy but there's no reason to believe he spread it to anyone else.

"CDC is not recommending any following up with anyone who was on that plane in the airport at this point of time, they do not feel there is a risk there,” says Dr. Gibbie Harris with the Mecklenburg County Public Health Department. "But that's going to happen at some point."

That’s why they're kicking it into high gear at Charlotte Douglas, staff is wiping down surfaces throughout the day and every night terminals, bathrooms and the shuttle buses get a full, deep clean.

All major airlines have announced they are enhancing cleaning on planes and most have air filters that remove airborne particles similar to what is standard for hospitals.

Health officials say it's the elderly and people with underlying health issues who are most at risk and should be cautious about travel.

She’s considering canceling her Alaskan cruise in a few months.

The CDC is recommending that people do not go on cruise ships -- airline ticket prices are fluctuating as a result. While it may be tempting to book cheaper flights, be thoughtful about where you go.

“We’re asking individuals to think strategically about the travel they’re involved in and making sure they're not putting themselves or others unduly at risk,” Harris said.

“I spoke yesterday to one of our car rental suppliers," Roni Fishkin with Mann Travels said. "They are anticipating a surge in people wanting to drive to destinations and maybe staying a little closer to home."

RELATED: WHO: Threat of coronavirus pandemic 'has become very real'