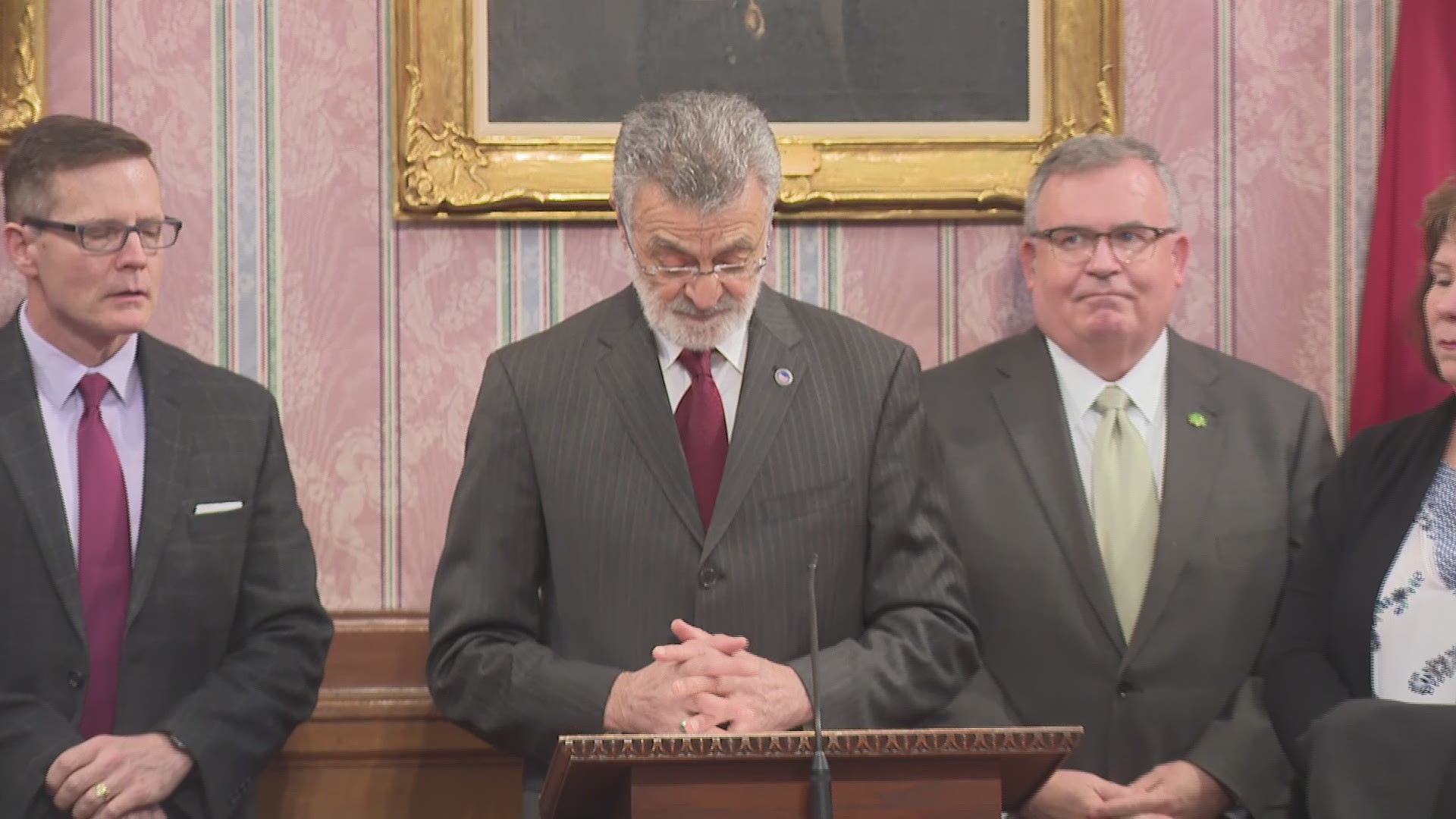 CLEVELAND — Cleveland Mayor Frank G. Jackson has proclaimed a state of civil emergency as the coronavirus pandemic spreads throughout Northeast Ohio and the rest of the world.

The proclamation establishes an internal Civil Emergency Executive Police group that will oversee operations and make further recommendations to the mayor. Jackson says organizers of the Cleveland International Film Festival and the annual St. Patrick's Day parade have agreed to cancel the events following discussions with his office.

When asked about what the economic impact of such cancellations would be to the city of Cleveland, Jackson said he has no idea, adding, "that is not our concern right now.”

Several local health leaders took part in Wednesday's news conference, saying that they are in “containment mode.” The logic for canceling annual parade is that people who are sick within 6 feet put others at risk.

On Monday, state health officials confirmed that three people from Cuyahoga County were the first in Ohio to be diagnosed with COVID-19. A fourth person from Stark County has since been added to that list.

Since then, several key events in Greater Cleveland have been canceled or significantly impacted. On Tuesday, Democratic presidential nominees Bernie Sanders and Joe Biden each canceled planned campaign rallies in Cleveland.

The Mid-American Conference is playing its men's and women's basketball tournaments at Rocket Mortgage FieldHouse without fans starting on Wednesday, and the NCAA men's tournament will do the same beginning nest week. Besides the teams, only the families of the student-athletes as well as credentialed media members and university officials will be allowed inside the arena.

Cuyahoga County Board of Health Commissioner Terry Allan held his first daily briefing on Wednesday morning. Allan said teams are actively working on contact tracing to determine who else came into close contact with the people in the three confirmed Cuyahoga cases.

Governor DeWine also met with the media this afternoon with the latest on the state's response to coronavirus. Notably, he said his office will issue an order banning mass gatherings within the next day.

Here in Cleveland, the mayor says city workers are conducting a review of their sanitation policies and will take necessary measures to prevent the spread of the virus. In addition, the city confirmed EMS crews were at a resident not far from downtown Wednesday after a patient reported possible exposure to coronavirus. That person is currently at MetroHealth Medical Center.

RELATED: List: Northeast Ohio institutions & locations that have been closed, restricted due to coronavirus threat