The sheriff's office reported Thursday that currently, 107 residents in custody are positive with the virus. 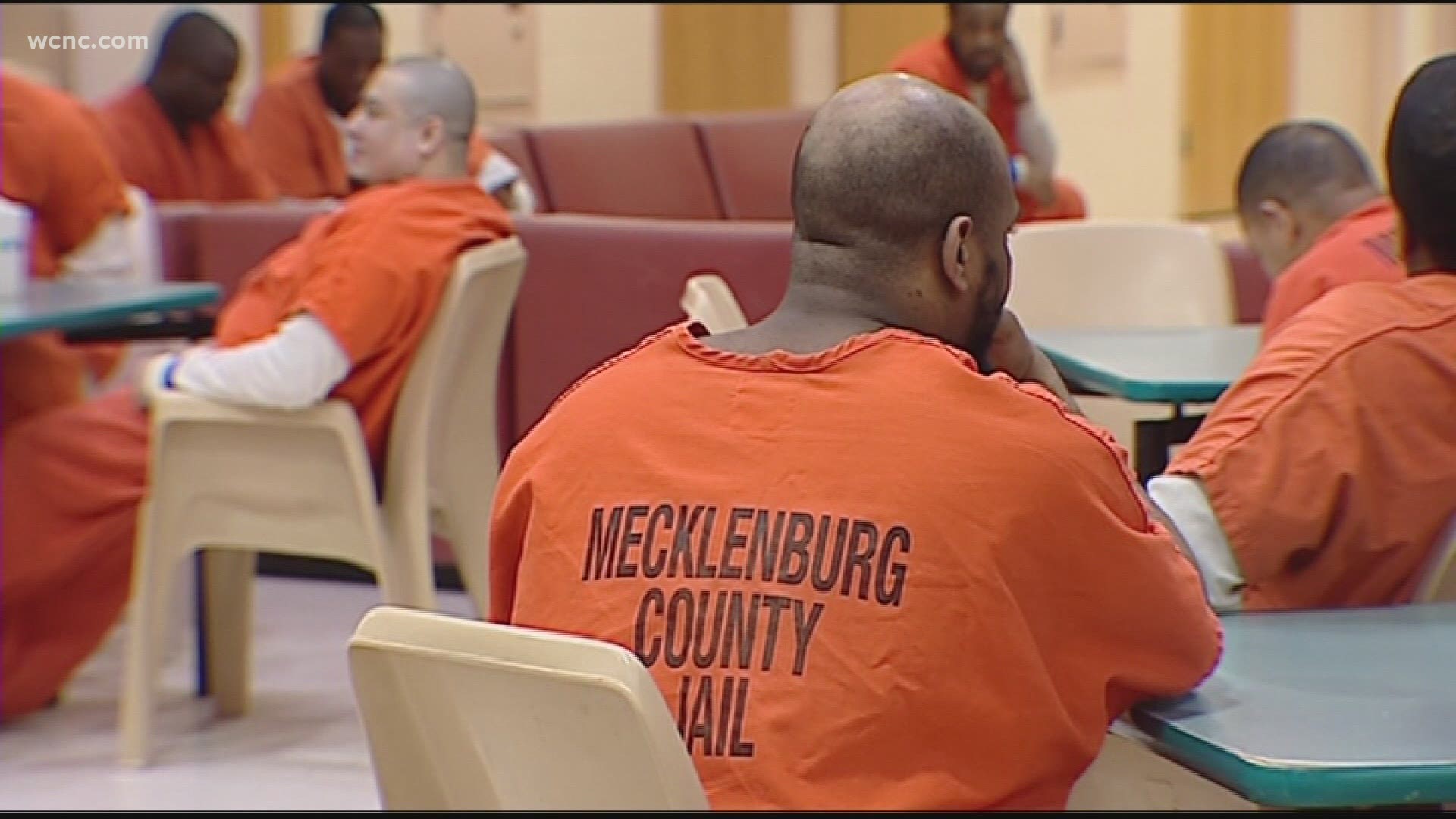 CHARLOTTE, N.C. — The Mecklenburg County Sheriff’s Office has announced the lockdown of their detention Center following an increase in positive COVID-19 cases at Detention Center Central.

The sheriff's office reported Thursday that currently, 107 residents in custody are positive with the virus.

Staff officials began testing all staff and contractors working at the detention center earlier this week. In the first 72 hours of testing, MCSO identified more than 20 staff members who were unwittingly positive with the virus.

In order to facilitate contact tracing as efficiently as possible while minimizing additional exposures and potential spread of the virus, the Detention Center has eliminated all visitation and movement of residents for at least the next 48 hours, keeping all residents in respiratory isolation while contact tracing takes place.

State and Federal Court authorities have been made aware.

No in-custody defendants will be transported for previously scheduled court appearances Friday, the sheriff's office reports.

Testing of all Detention Center staff will continue all day tomorrow and Saturday.

Should additional staff be identified as positive the lockdown may need to continue into next week, officials said.