The artist said after he searched three stores for hand sanitizer with no luck, he got inspired. The mural shows Purell as gold: hard to get ahold of. 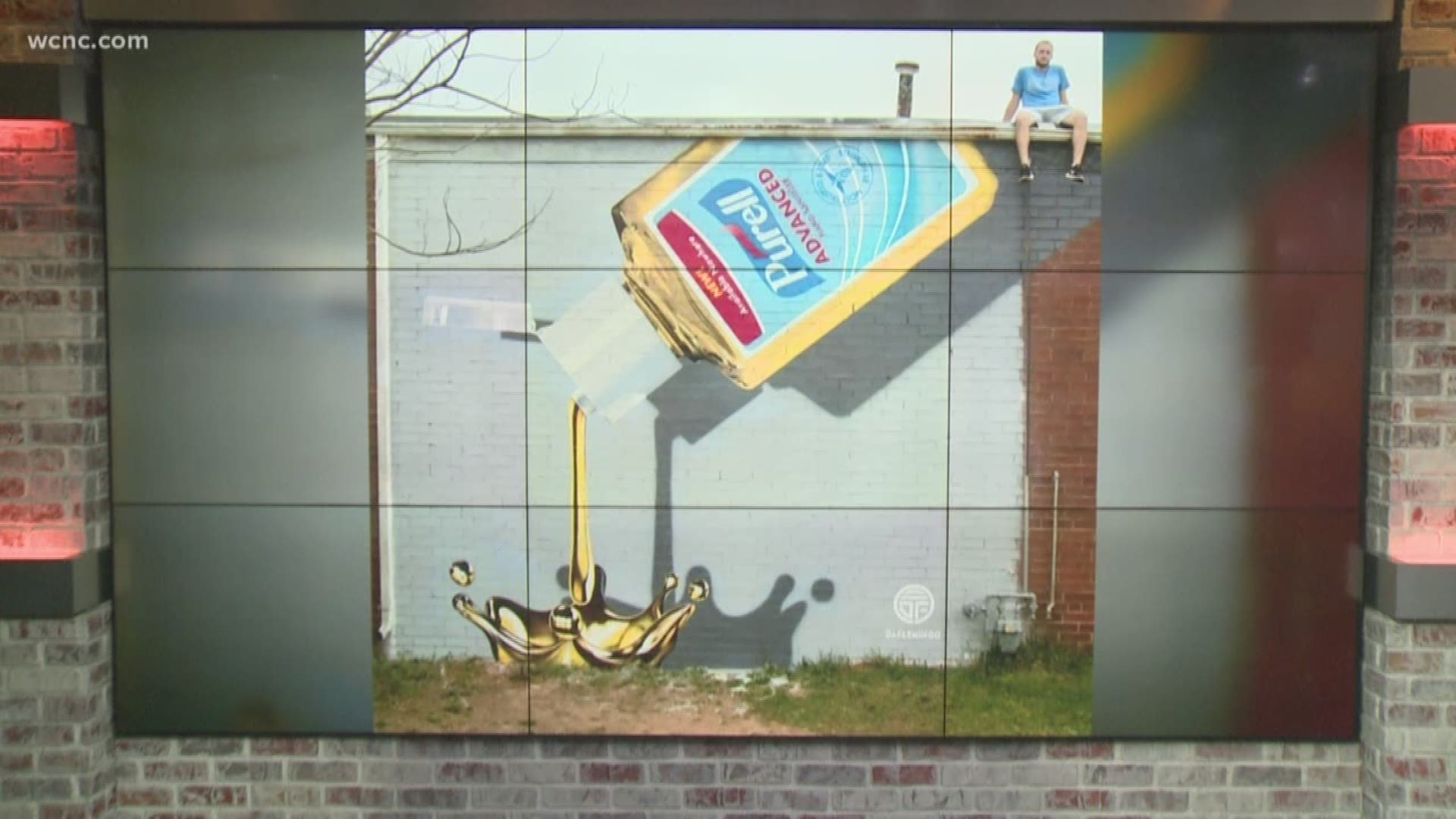 CHARLOTTE, N.C. — If you've gone grocery shopping recently, you may have had a hard time finding hand sanitizer. As concerns surrounding COVID-19 continue to grow, many people have stocked up on the product — leaving aisles empty in several stores.

Charlotte artist Darion Fleming had that same problem last week. He was getting supplies and went to three different stores looking for hand sanitizer. No luck.

Fleming says he was inspired by that experience and decided to make that problem into art for everyone to enjoy. He found a wall he could use, and put in "about 80 to 90 hours of work."

He called it "Pure’ll Gold," since he says Purell seems to be as hard to get ahold of as gold lately.

The mural is located in the 2100 block of North Davidson Street, across the street from The Hobbyist.

Fleming says this is the first time he's done a piece of work with immediate cultural relevance, but there's been a huge response from the public.

In addition to several people on social media sharing pictures of his work, he says he's seen people rushing out to take pictures in front of it.

"Really, we should be staying inside and not going out and trying to find a mural and take pictures," he said, but he sees that it's bringing people joy, which was what he wanted.

He said he was hoping to "give some comedic relief to what's a pretty serious and daunting situation that we're all in right now."

Fleming said he hoped the mural would "give someone a smile or laugh," adding he knows it's been hard to be positive with concerns about coronavirus. His favorite part since he finished the mural Friday has been seeing the community respond with joy.

"As far as I'm concerned, mission accomplished," he said.