Traveling to one of these 3 states? You'll have to quarantine for 14 days 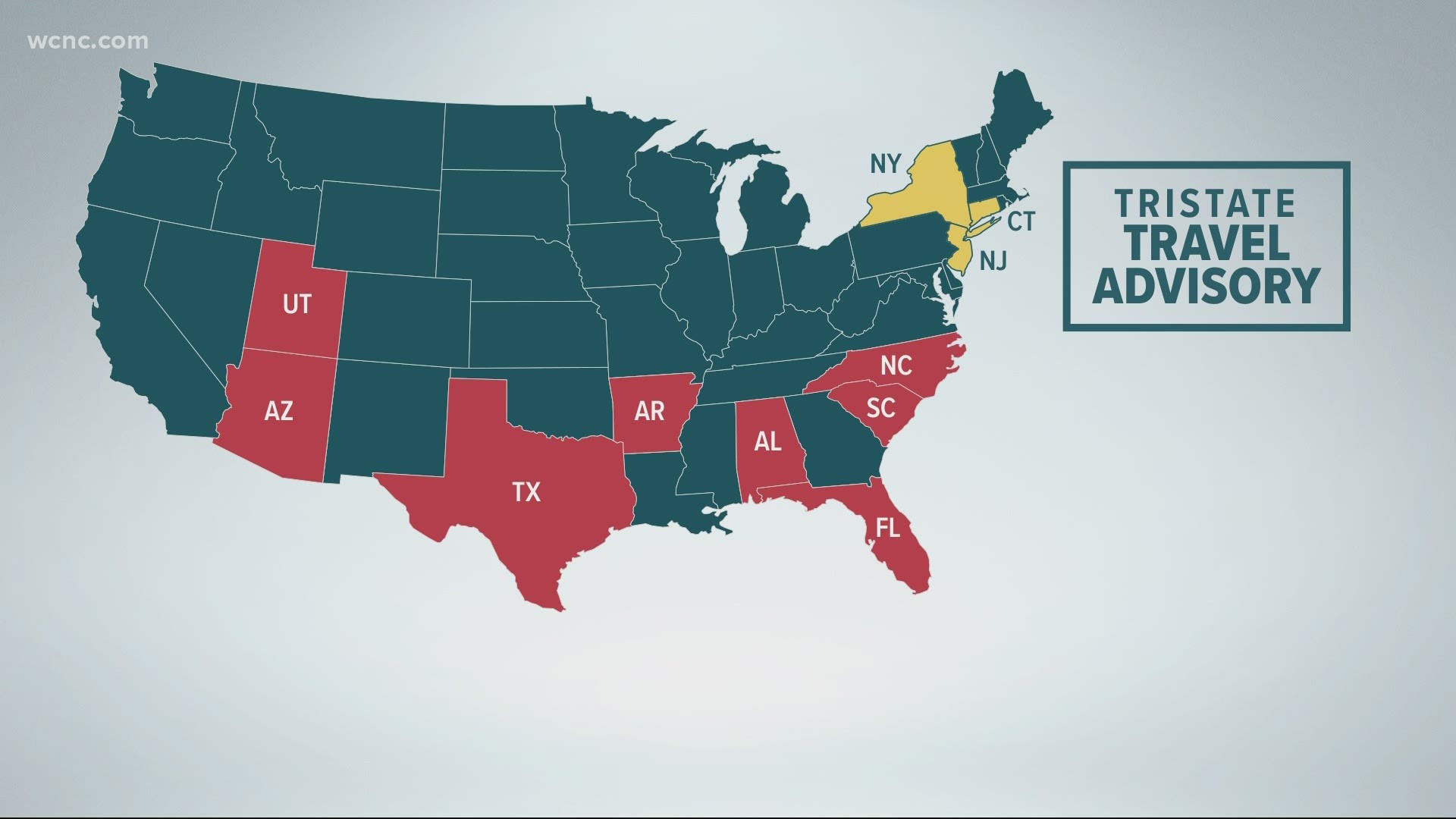 What was presented as a “travel advisory” affects three adjacent Northeastern states that after time were able to check the spread of the virus this spring as New York City became a hot spot for the pandemic.

And the governors are now warily eying other states with rising caseloads, trying to keep history from repeating itself.

“This is a smart thing to do,” Murphy said. "We have taken our people, the three of us ... to hell and back. The last thing we need to do right now is subject our folks to another round.”

The states’ health departments will provide details of how the rule will work, Murphy said. Visitors to New York from affected states will be informed that they need to quarantine and that violators could face a mandatory quarantine and a fine, Cuomo said.

The quarantine is voluntary but “urgent guidance,” Lamont said at a briefing in Hartford, noting it will be enforced differently in each state. Connecticut is considering putting up signs at entry points and getting the word out via social media.

The announcement comes as summer travel to the states' beaches, parks and other attractions — not to mention New York City — would normally swing into high gear.

Visitors from states over a set infection rate will have to quarantine, Cuomo said. As of Wednesday, states over the threshold were Alabama, Arkansas, Arizona, Florida, North Carolina, South Carolina, Utah and Texas.

Washington had been mentioned but Wednesday Governor Jay Inslee announced that travelers from his state would "NOT have to quarantine for 14 days when traveling to NY, NJ or CT." Inslee said that his state did not, in fact, meet the "risk criteria" and Washington was added to the list in error.

Credit: AP
FILE- In this Thursday, March 19, 2020, file photo, a pedestrian walks past a storefront for rent on Madison Avenue, in New York.

Cuomo stressed the states on the quarantine list can change based on the infection rate and they plan to provide updates daily.

RELATED: Fauci hopeful for COVID-19 vaccine by end of the year or early 2021

"It's just common sense. It's the spirit of community. If you're in a place that has a high infection rate, we understand that, and we'll help you any way we can, and we've been helpful in reaching out to every state across the nation. But we don't want to see the infection rate increase here after what we've gone through and that's the 14-day quarantine," Cuomo said.