"We don't have a lot of tools to fight COVID-19. I wish we did," says NC health leader 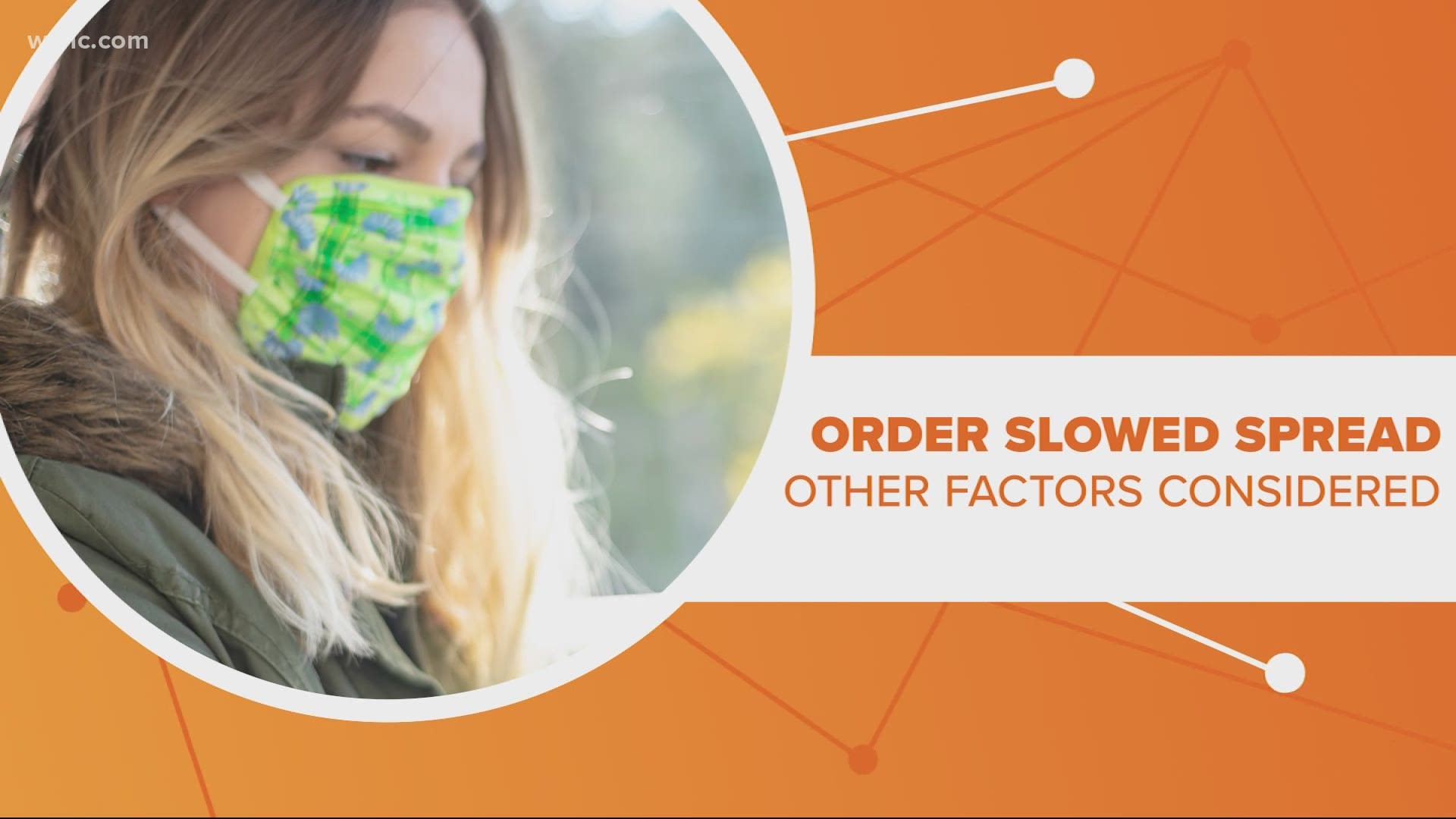 CHARLOTTE, N.C. — North Carolina Department of Health and Human Services (DHHS) Secretary Dr. Mandy Cohen is reminding everyone to remain vigilant and take precautions against the spread of coronavirus ahead of the Fourth of July holiday weekend.

DHHS reported over 1,600 new cases Thursday, which was a slight drop from Wednesday's record number of 1,843 new cases. North Carolina labs also conducted a record number of daily tests Wednesday with 24,630 tests being completed. Overall, percent positive test results has remained at 9% for nearly two weeks, according to DHHS data compiled in our coronavirus case tracker. The number of patients hospitalized statewide remains slightly above 900 people. However, Cohen warned the number of patients showing up at hospital emergency rooms with coronavirus-like symptoms has been on the rise.

The trend for new cases is "accelerating" and this is "concerning," she said

"This is not where I hoped we would be for the July Fourth weekend," Cohen explained.

Cohen is hopeful this holiday weekend will not cause a repeated spike in new coronavirus cases like the one seen after Memorial Day.

She blamed that spike on two factors: The state had just begun its first phase of remaining after the "Stay Home" order, and there was not yet a statewide mandate to wear masks in public.

This weekend, the state is in the midst of its continued Phase 2 "Safer at Home" reopening. A recent mandate requirements people to wear masks in public - but that does not mean everyone is obeying the mandate.

RELATED: Tom Hanks has a message to those not wearing masks: 'Shame on you'

Whether traveling in-state or out-of-state, Cohen hammered home the reminder: Wear your mask, social distance, and wash your hands.

Earlier this week, North Carolina Governor Roy Cooper delayed a statewide decision on how to reopen public schools in August.

"We want to get our students back in the classroom, and we want to make sure we get this right," Cooper said Wednesday.

Later that night, Charlotte Mecklenburg Schools proposed three possible plans that could be implemented in August. They include options for both in-person and remote learning.

RELATED: 'We need to make this decision' | CMS Board of Education members to discuss next school year

While Cohen was speaking Thursday, CMS announced a delayed start to its summer athletes. Activities were expected to resume July 6th but are now being suspended indefinitely.

"We have consulted with local public health officials, discussed readiness with athletic directors, and reviewed current conditions in our County and the state of North Carolina," CMS spokesperson Brian Hacker said in a released statement. "Our analysis has revealed that there is much uncertainty and many unanswered questions at the present time."