Pfizer COVID-19 vaccine will be free for everyone in the state, Gov. Cooper says

Gov. Cooper said the state is busy preparing to receive the vaccine and working on a distribution plan. 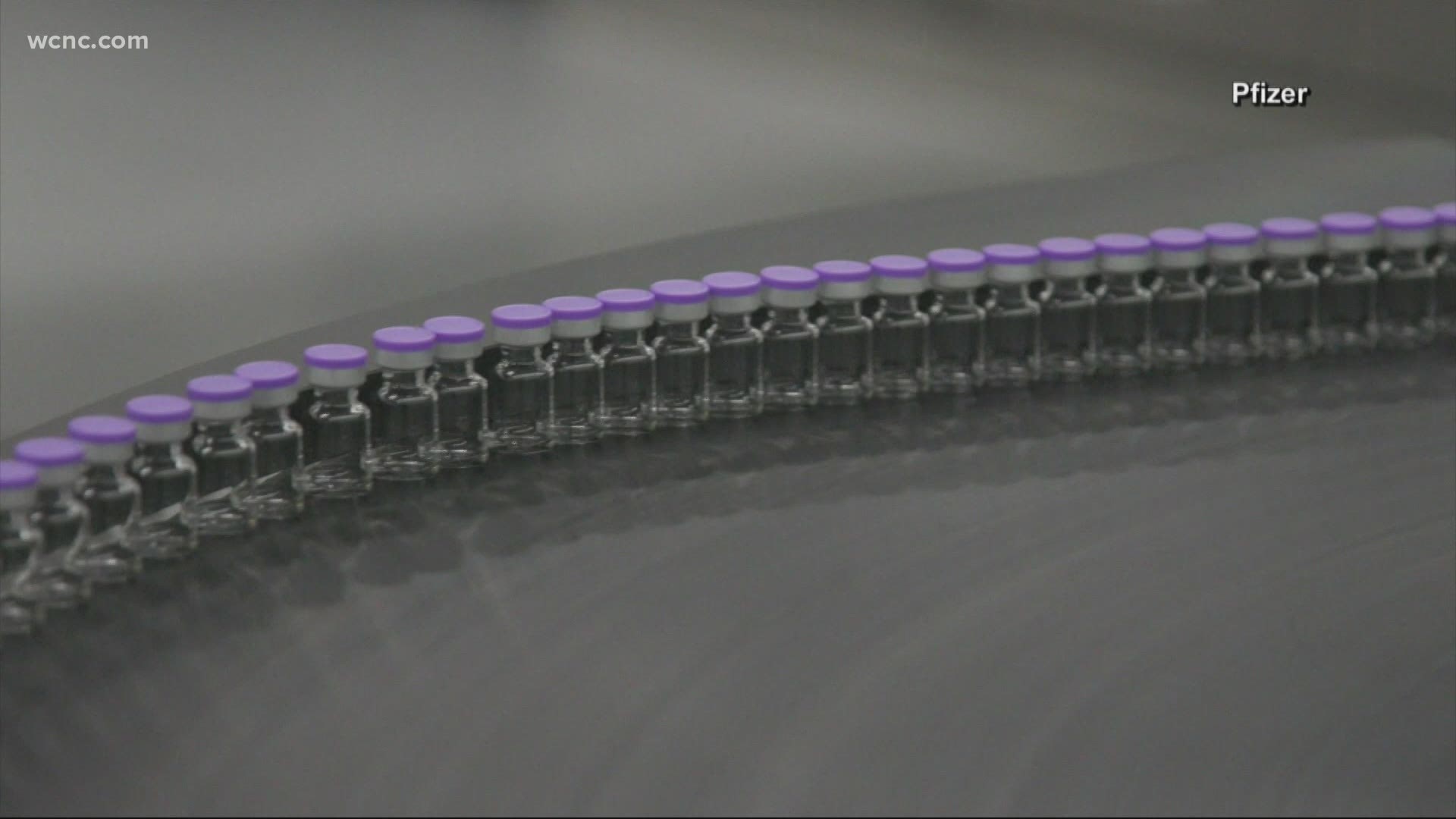 CHARLOTTE, N.C. — Governor Roy Cooper announced Tuesday a COVID-19 vaccine will be available in the coming weeks in North Carolina. The state is expected to receive the Pfizer COVID-19 vaccine for distribution.

Gov. Cooper said the state is busy preparing to receive the vaccine and is working on a distribution plan. According to North Carolina's Health and Human Services Sec. Mandy Cohen, the earliest the state could expect to have the vaccine is next week, with the first shipment of doses expected to total 85,000.

The first doses would go straight to hospitals for distribution, health officials report. Frontline healthcare workers and residents and staff of long-term care facilities are prioritized for the first vaccinations.

RELATED: Data shows which places are seeing the most COVID-19 spread in North Carolina

While the promise of a vaccine is encouraging, Gov. Cooper urged North Carolinians to remain vigilant against the virus as it will likely be months before the vaccine is more widely available.

"With hope so close on the horizon, we need to keep using the tools we know slow the spread of this virus," Cooper said. "Don't give up hope when help is on the way."

Tuesday, the state's Department of Health and Human Services reported 2,033 people were in North Carolina hospitals due to COVID-19, a new record high.

North Carolina reported 2,883 new cases on Tuesday, but the below-average case increase can likely be attributed to lower test levels over Thanksgiving weekend. Tuesday's percentage of positive tests was 10.2, much higher than the two-week average of 7.9% and the first daily rate above 10% since July.

Health officials in Mecklenburg County are preparing for an increase in new COVID-19 cases after Thanksgiving. Thousands of families in the county traveled for holiday celebrations, and the county is encouraging everyone who did to get tested for COVID-19 as a precaution.

"We do expect an increase. We don't know what the extent of that will be, but we do expect one," said Mecklenburg County Health Director Gibbie Harris.

#NC #COVID19 hospitalizations have officially cracked 2K for a new record high. We've seen testing levels sag over the holiday weekend and that's reflected in the below-avg case days lately. However, the positive test rate has been higher. Sunday was the 1st 10+% day since July. pic.twitter.com/M6QkhyePAo

Harris said Charlotte's hospital bed capacity is stable, and they still have room to create more beds from within. However, staffing could become a problem depending on how bad the numbers get.

"Staffing could be a challenge for them, so we'll have to watch that carefully," Harris said. "The staffing is probably just as big a challenge as the bed space right now."

RELATED: Does getting on a plane mean you should get a COVID test?