The North Carolina Division of Employment Security has identified 870 cases of unemployment fraud and has put thousands of "suspicious" claims on hold. 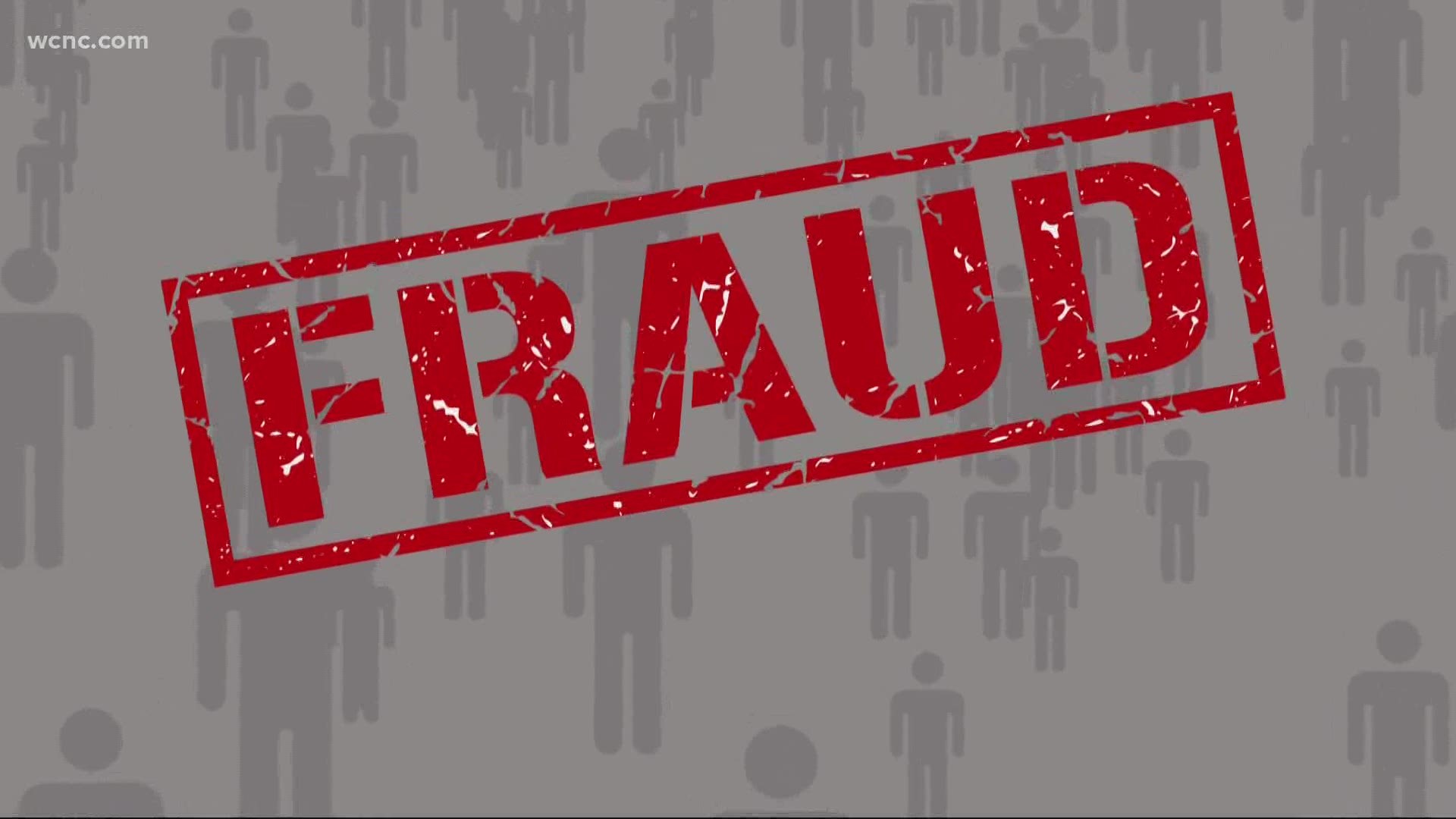 CHARLOTTE, N.C. — As North Carolina's unemployed continue to wait to collect unemployment benefits, cases of unemployment fraud are clogging up the system. The Division of Employment Security reports the agency has flagged roughly 870 suspected cases of identity theft/misrepresentation through the end of July.

"Thousands more claims that have appeared suspicious have had holds placed on them so they can be reviewed," DES spokesperson Kerry McComber said. "Holds are removed if we verify the claim is from a legitimate claimant."

The U.S. Attorney's Office first reported seizing $48,742 in June and then another $80,661 in July. Prosecutors said the scammers used identity theft victims' personal information to apply online for unemployment benefits. From there, prosecutors said the scammers used bank accounts of "yet another set of unsuspecting individuals as 'money mule' accounts, to receive and transfer the stolen benefits."

"In many instances, the bank account holders that received or made transactions with the stolen funds were not aware they were being exploited to carry out financial fraud," the agency said. "Rather...in many instances, the individuals who opened the bank accounts used to perpetuate the fraud were led to believe they were involved in online romantic relationships with the fraudsters."

North Carolina Attorney General Josh Stein expressed his concerns about the ongoing problem earlier this week during a round table discussion with the National Consumers League.

"This is a real unfortunate consequence of all of the security breaches we've seen in recent years," Stein said. "Criminals in India are going online and filing unemployment with that social security number that they've bought on the web and then getting payments."

An overwhelming number of legitimate unemployment claims coupled with not nearly enough staff have slowed the down the process for many to collect their benefits in a timely manner. The fraud cases are not helping the situation.

"Yea, it is frustrating," Wirth said. "It just adds to the anxiety."

It's unclear what is holding up his claim. Wirth said DES recently promised resolution within 10 days.

"They restarted the whole process, because it wasn't going through," he said.

Thankfully, the number of known fraud cases remains relatively low. Still, DES is asking people to let the agency know if they suspect they are victims of unemployment fraud. The agency recently updated its online fraud reporting form and continues to take calls to its Fraud Hotline (984) 465-9224 during normal business hours during the work week.

"It's important that people let us know if they suspect unemployment fraud has occurred," McComber said. "Not only are they victims of outside identity theft, but hardworking taxpayers are also victimized when fraudsters target the unemployment system."

McComber said people should be on the lookout for these "suspicious" activities:

•    Receiving communications regarding unemployment insurance forms when you have not applied for unemployment benefits.

•    Unauthorized transactions on your bank or credit card statements related to unemployment benefits.

•    Any fees involved in filing or qualifying for unemployment insurance.