Mecklenburg County Health Director Gibbie Harris said she believes the number of positive cases tied to Mecktoberfest could be higher than five. 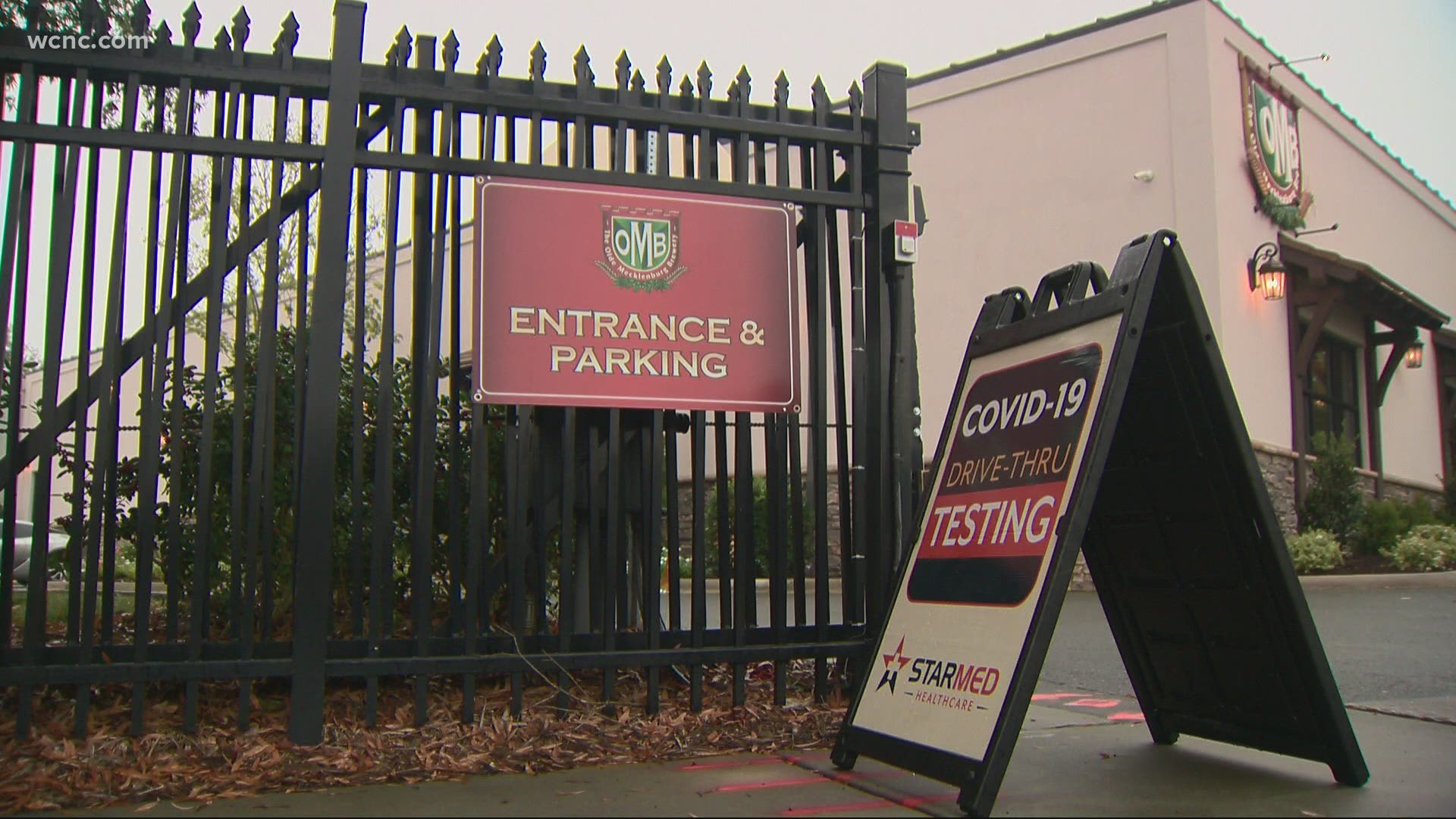 CHARLOTTE, N.C. — People who attended The Olde Mecklenburg Brewery's Mecktoberfest in late September were offered free COVID-19 tests over the weekend after cases of the virus were linked to the event.

After all the testing was finished over the weekend, Mecklenburg County Health Director Gibbie Harris said a total of five COVID-19 cases are tied to Mecktoberfest.

It all started during the annual Mecktoberfest celebration from September 25 through September 27. With the ongoing pandemic, the brewery said it didn't expect a ton of people this year — but over the course of the weekend, they showed up.

Several thousands of people turned out for the event over the weekend, but the brewery said everyone followed COVID-19 rules like wearing masks — except for Saturday evening when a small group ignored the rules and did not socially distance themselves.

Harris said she believes the number of positive cases tied to Mecktoberfest could be higher than five.

RELATED: Beyond Mecktoberfest, these other events could spread coronavirus

Olde Mecklenburg Brewery published an open letter Tuesday, saying they "accept that Saturday evening was less than perfect and regret that deeply" but deny any claims that the rest of the event was mishandled.

An open letter to OMB Customers and the Charlotte Community from OMB’s founder, John Marrino 👉https://t.co/xIT2Lr58CJ