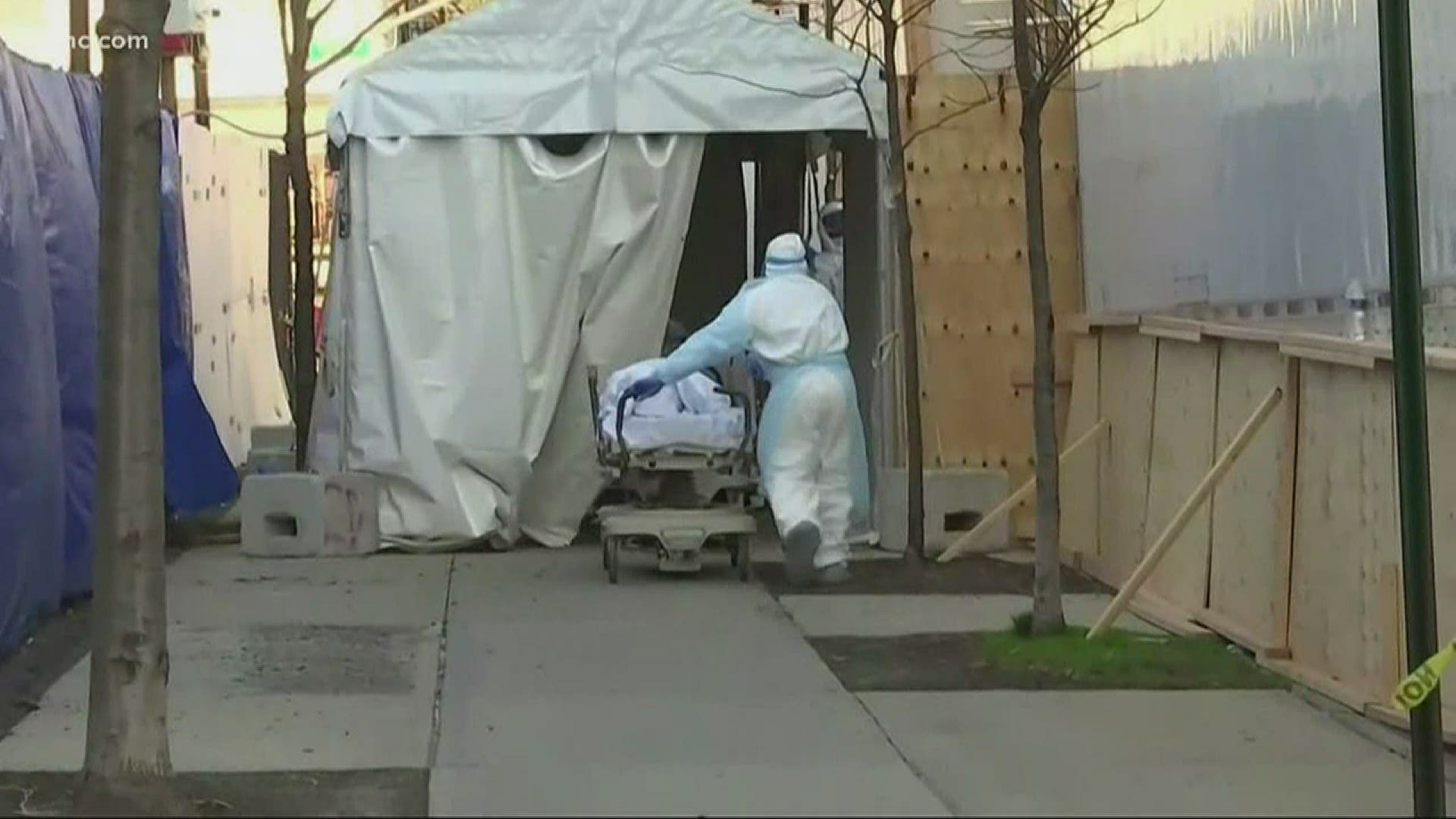 CHARLOTTE, N.C. — A WCNC Charlotte Defenders investigation is revealing the impact of the pandemic on the large population of New Yorkers in Charlotte.

More than 75,000 people born in the state of New York live in Mecklenburg County, according to the 2018 American Community Survey conducted by the U.S. Census.  That’s 7% of the population and more than any other state outside of North Carolina.

Now, some of those people are forced to deal with family members and friends dying from a distance.

The epicenter of the pandemic is more than 600 miles from Charlotte, but for many living in the Queen City, it feels so much closer.

“You watch the news and it's like, I know where that is,” Lisa Goudoras said.

She moved to the Charlotte area from New York several years ago. Goudoras says New York also feels much farther away at the same time.

“I want to hug my siblings and it feels like they're on another planet,” Goudoras said.

Goudoras says that feeling was especially strong last week when her 80-year-old stepfather died in the hospital, after testing positive for the coronavirus.

She says she couldn’t even be with her family in New York during the funeral.

“We had a virtual funeral through Zoom,” said Goudoras. “To do it on a computer was horrible. You can't be with your loved ones, you can't hug them, you can't console them in any way.”

More than 75,000 people living in Mecklenburg County were born in New York, according to a 2018 survey done by the U.S. Census.

Charlotte city councilman Braxton Winston, who is originally from New York, says all of his family still lives there.

“New Yorkers, there’s a brotherhood or sisterhood wherever we go,” Councilman Winston said.

Councilman Winston says his mother lost a friend and he lost a former football coach to the outbreak.

“It’s definitely been a challenge as I navigate and try to focus on the job that has to be done down here,” Councilman Winston said.

Both Goudoras and Councilman Winston say these dark days remind them of 9/11 when New Yorkers showed their resilience.

“We came back and rebuilt, and we're going to do the same thing again,” Goudoras said.

Goudoras says her mother has also not been feeling well and has been tested for the coronavirus. Her family is all hoping the test comes back negative.