The list from the Texas Medical Association ranks the risk of catching coronavirus during dozens of common activities on a scale from one to ten. 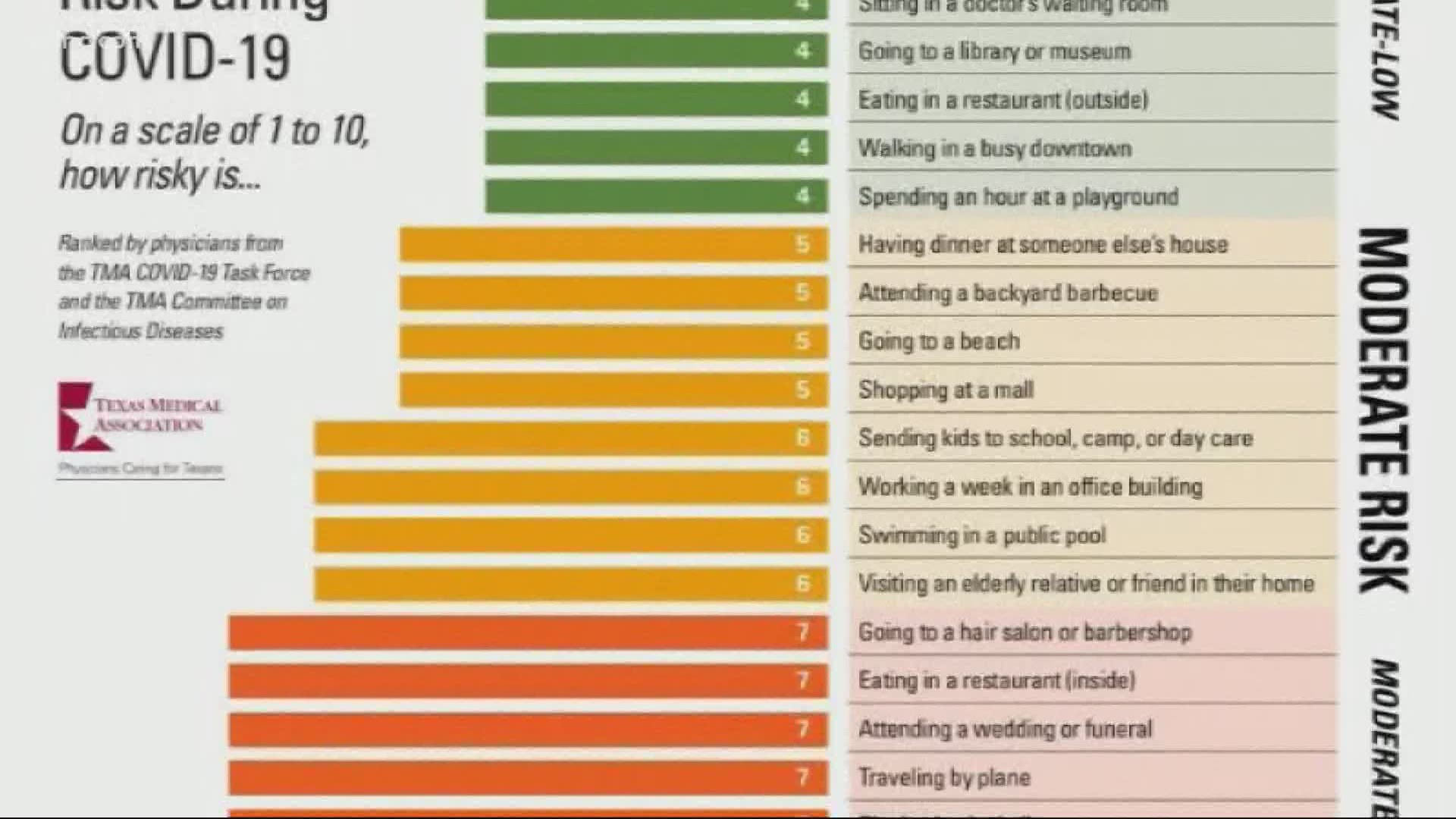 CHARLOTTE, N.C. — Medical experts released a new list that ranks your daily activities by risk during the pandemic.

On Tuesday, WCNC Charlotte went to several local spots to see how the rankings are fueling the mask debate.

WCNC Charlotte went to Harris Teeter on East Boulevard where a shopper says sometimes he wears a mas, but other times he doesn’t.   Grocery shopping is ranked a three out of ten, which is low to moderate risk.  However, other places around town have a higher risk.

“Sometimes I wear a mask, today I did, sometimes I don’t because I have a medical condition,” said shopper, Tim Porterfield.

According to the rankings, going for a walk with others is also considered low to moderate risk, while pumping gas is considered safer at low risk.

“I’m not wearing one now, but you always want to be safe, better safe than sorry,” said Jackson McCoy, who was at the Shell gas station on East Boulevard.

On the other end of the spectrum, traveling by plane is listed as moderate to high risk.  That’s the same level of risk as eating inside a restaurant, which was available at the Park Road Soda Shoppe.  However, two doors down WCNC Charlotte saw customers at Chopt eating outside, which is low to moderate risk. Other customers were taking food to go, which is considered low risk.   One customer who was taking food to go said he would not eat indoors.

“I have not and I would not at this point,” said James Bullock.

The activities considered the highest risk include bars and gyms.

“My only patient who actually has COVID right now, got it from a gym,” said Dr. David Winter of Dallas, Texas. “That’s why we put gym as high risk because if you take off your mask you are going to blow out viruses if you have it farther than six feet.”

“I happen to think being outdoors is the best place to be, wearing a mask when possible,” said Bullock.

Click here for a link to all the rankings from the Texas Medical Association risk chart.