Parents, here are some things you can do with your kids while they're home

Koppang said she, like many parents we heard from, plans on managing her kid’s downtime from school by keeping them on a tight schedule. 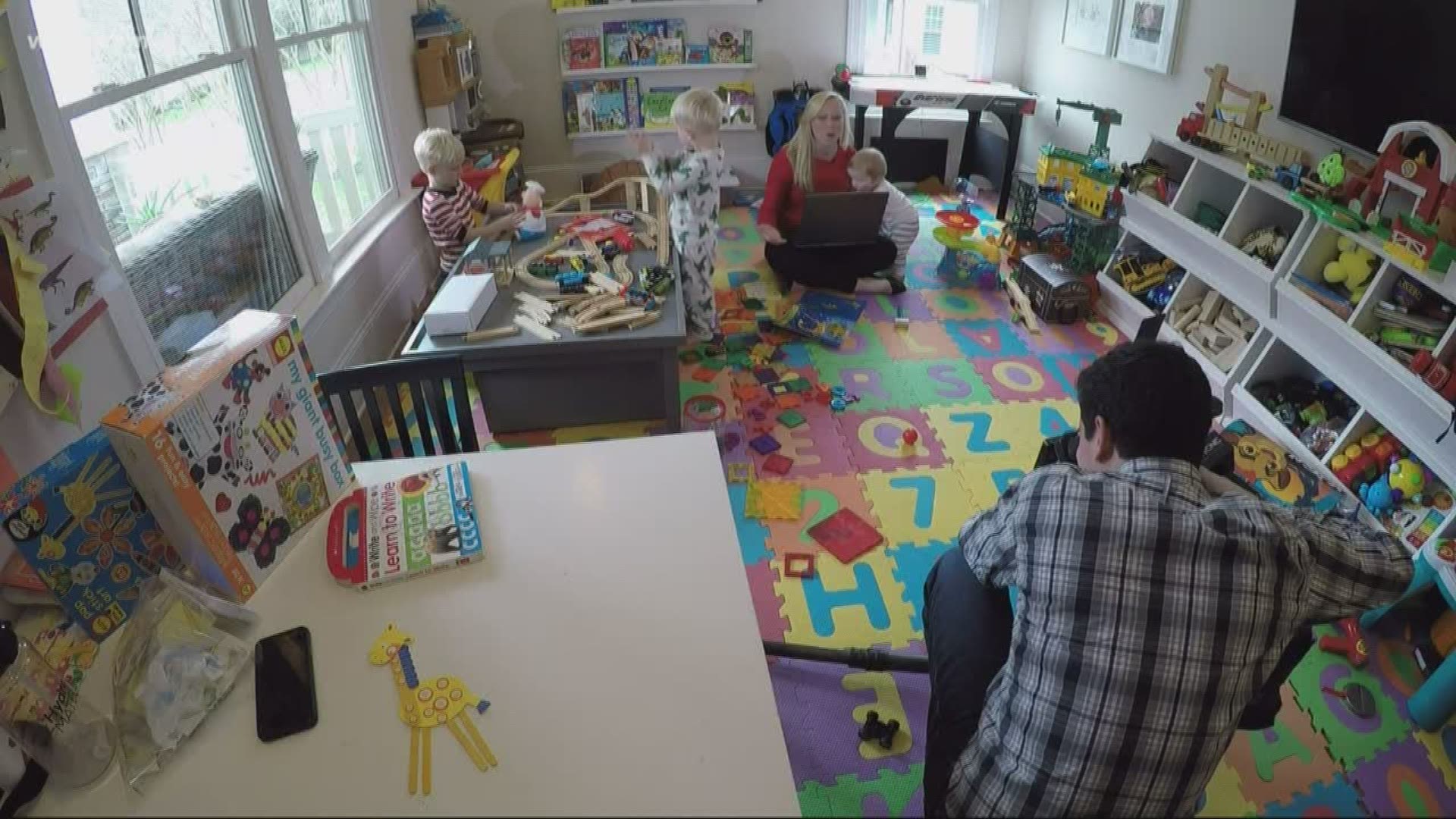 CHARLOTTE, N.C. — States across the country have closed schools, all as a precaution to keep the coronavirus from spreading.

So how are parents reacting?

“Kind of panicked but I think we just all have-to know that this is for the best long run and stay calm for our kids,” said mom Brooke Koppang, who had her three kids out to walk their dog, Monday.

Koppang said she, like many parents we heard from, plans on managing her kid’s downtime from school by keeping them on a tight schedule.

“We wrote it up last night all-together and so we have just our morning routine from 8 to 9 and then we do school-work for about an hour and then I give them free time,” she says, “we played outside and now we have on our schedule to take Wilson for a walk.”

For the Mcilravy family, it’s grandma to the rescue. While mom Shannon tries to get some work done, her mom reads to her kids through Facetime.

“Being of grandparent age they’re obviously being very cautious and self-isolating as well,” she says, “When we do facetime with my parents, we’re typically not reading stories so it was a nice change of pace for everyone and she likes to see that everyone is doing OK.”

But it’s not just school that’s canceled and having an effect on our kids, it’s also everything from birthday parties to extracurriculars to playdates with their friends; cancelations that are tough for our kids and caretakers alike.

“I’m going to cry, but think we’re going to make it,” says nanny Toccarra Dargan, who says she usually spends the week taking the kids to swim lessons, gymnastics and playdates.

“Me and my friend who’s a nanny have had to come up with a new game plan and keep these kids on a schedule because they are crazy when are off their schedule,” says Dargan.

So what’s the advice from experts.

“Trying to tell them, ‘Oh don’t worry about this, don’t worry, don’t be upset,’ I think could further perpetuate these things, so listen, validate,” says Dr. Gillian Regan, is a Pediatric Phycologist at Levine Children’s.

“If you’re leading by example that your plans are also being changed by the moment than they’re going to better be able to feed off that,” she says.

Dr. Regan says parents should also be cognizant to not make false promises.

“I think making sure that you’re not making false promises like were going to do this next week or two weeks from now. There is so much unknown,” she says.

Tips for parents while their kids are home

-Read or listen to audiobooks

-Cooking/baking with your kids

RELATED: Here's how you can help local businesses during coronavirus outbreak

RELATED: VERIFY: No, you can't get free baby formula by calling a number on the can