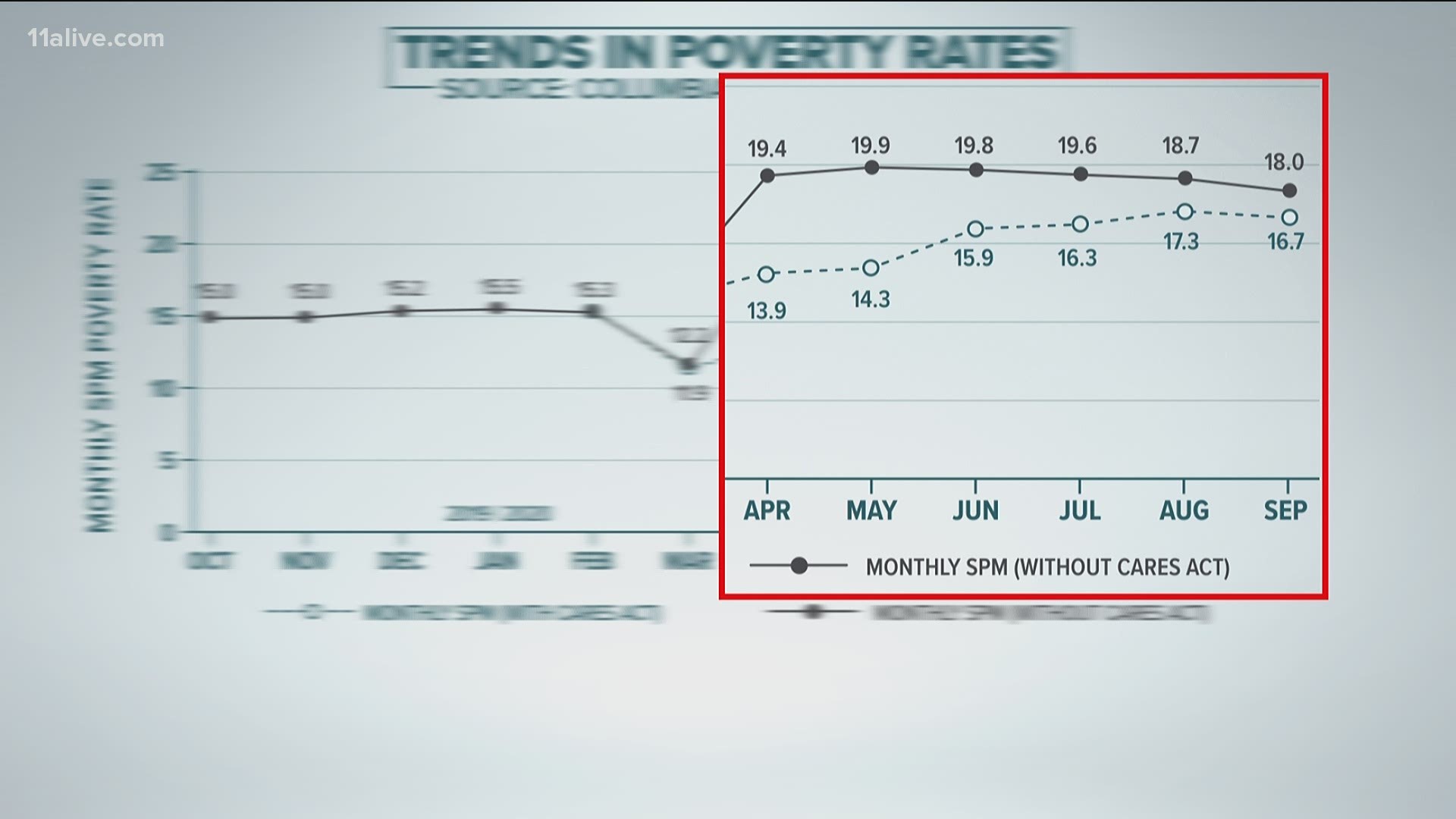 ATLANTA — New unemployment claims in the U.S. dropped below 800,000 last week to the lowest levels seen since March. Georgia also gained more than 20,000 jobs in September, according to the Department of Labor.

Still, the record-high levels of joblessness are having a lasting impact - more Americans have fallen into poverty during the pandemic and this election year.

As more parts of the country deal with new surges of COVID-19, health exprts warn the country shouldn't let down its guard - or expect things to resolve quickly.

And when looking at the two men vying to lead our nation, each has his own approach on how to address the economy and the pandemic, two big issues tied very closely together.

President Trump has fought to re-open the economy, endorsing sending children back to school and getting people back to work. Meanwhile, former Vice President Joe Biden has pushed to address the pandemic first, as a way to get everyone back to normal more quickly.

But while we wait to see who America elects on Nov. 3, Emory University professor of economics Caroline Fohlin said more and more people are falling into poverty.

"Let's say they have a lower-end wage job, and then they lost that job, now they're in poverty," she explained. "So, we have a problem of growing poverty level, or growing rate of poverty in the economy now."

A Columbia University study found that, since May, the number of Americans living in poverty has grown by 8 million. The US census considers someone in poverty when a family's total income is less than the least amount of money required to meet their needs.

Early in the pandemic, the fedeal CARES Act gave some Americans a one-time $1,200 payment, and unemployed workers got an extra $600 each week. But that additional money ended in July, and Congress has yet to reach another relief deal.

"A big chunk of the unemployment came from lower wage workers, so that's something that we are very concerned about," Fohlin explained, "is that already low-wage workers are losing their jobs means, that we have a big up tick in poverty in the country."