Group pushes to reopen all businesses in Mecklenburg County

Dozens from ReOpen NC protested through the streets of Uptown Charlotte Friday afternoon. 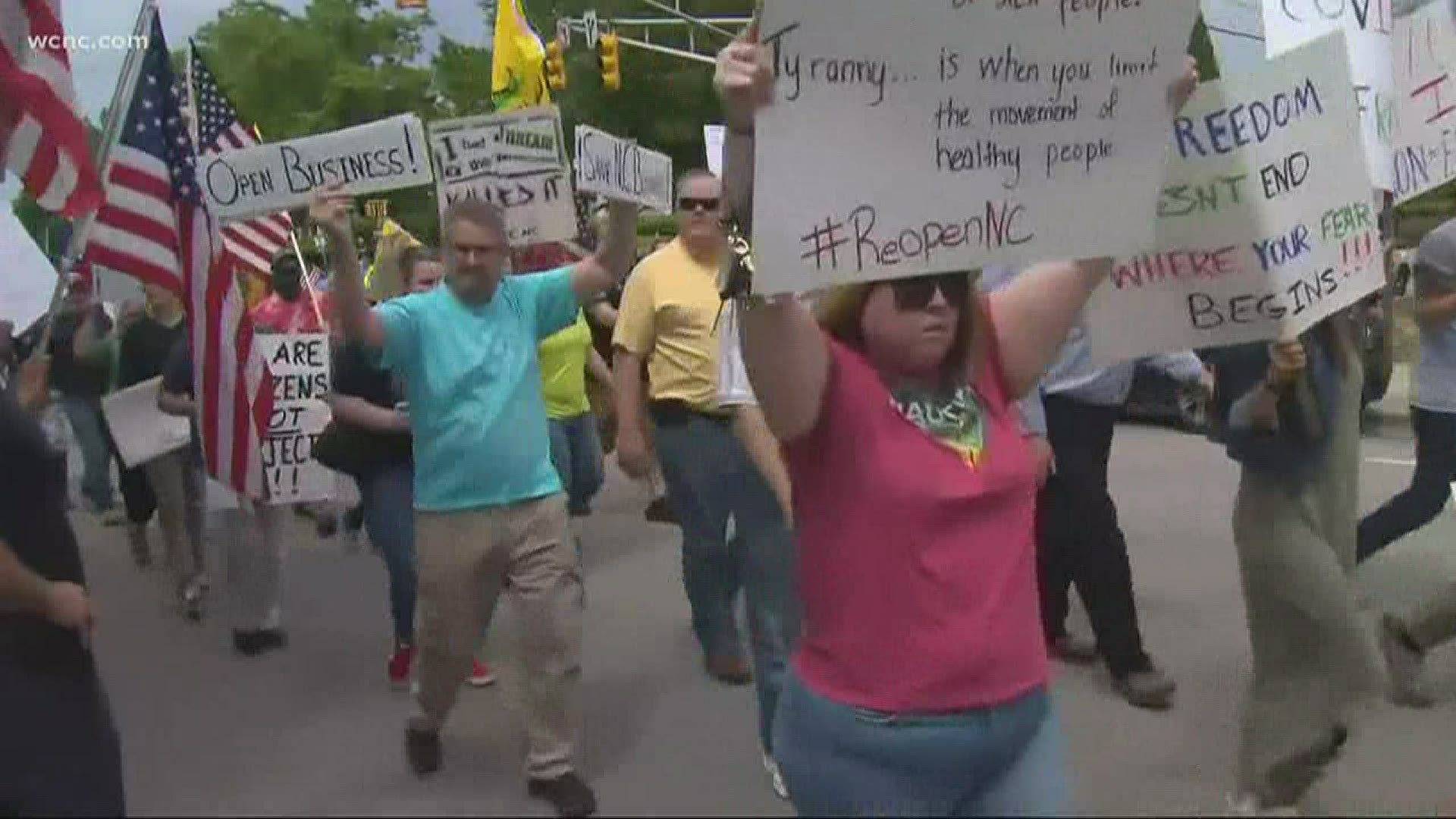 CHARLOTTE, N.C. — Supporters of ReOpen Meck took their cars to the streets of Uptown Charlotte Friday to protest the shutdown of non-essential businesses.

Approximately 100 cars and at least 250 people took part in the rolling rally, according to founder of ReOpen Meck Maya Pillai.

"It was wonderful to see everybody rally and come together for this Reopen Meck movement to show their support that small businesses need to reopen,” Pillai said.

Protesters honked their horns while driving a route around Uptown for two hours. Some supporters of Reopen Meck hung flags outside their cars, while other protesters displayed posters and messages.

"There is a safe way for us to open up workplaces and businesses and to stop crippling and killing our economy,” said Kelley Wheeler, a protester. “People have got to be able to make a living, pay their bills, buy food, get medical care."

Pillai said the group is pushing for all businesses to be reopened by May 8 at the latest, and they would like the state to speed up the three phases it has laid out to reopen the economy.

"We're looking at opening businesses as early as end of June or as late as the end of July, which that is just too long for families to wait,” Pillai said.

The demonstration in Mecklenburg County is an offshoot of the ReOpen NC movement that has rallied in Raleigh the last three weeks.  The movement has claimed the data for Covid-19 cases in the state does not support the damage it's doing to the economy.

"Governor Cooper is moving way too slowly,” said Jeremy Stephenson, a protester. “The numbers are so small compared to other states. Other states are opening, so we need to open North Carolina right now."

In an exclusive interview with WCNC Charlotte Friday, Governor Cooper commented on the protests that have been taking place locally and across the state.

"I think that this is a minority of people who are trying to get us to take off all of the restrictions,” Cooper said. “I think if we did that, that you could potentially see a spike of cases, which would overrun our hospital system."

Cooper said he wants to get the economy going, but it needs to be done in a methodical way that continues to flatten the curve.

"We have to keep the health and safety of North Carolinians as the number one priority,” Cooper added.

RELATED: Compared to last March, CMPD has seen an 80% increase of shootings into occupied homes