Ashley Smith, one of the group's founders, was among those charged, police said. 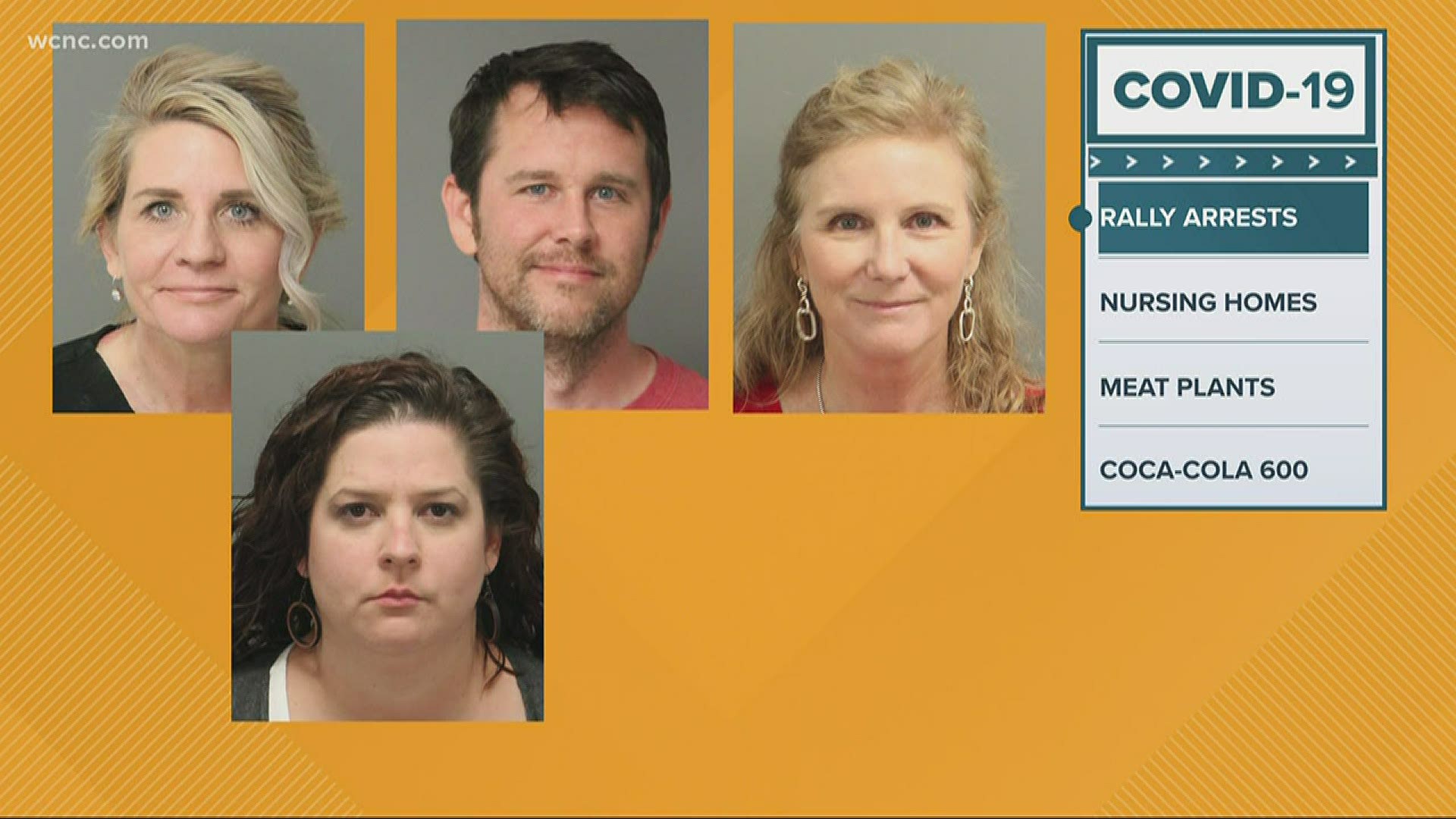 Ashley Smith, one of the co-founders of the group, was among those arrested. Smith said she was "manhandled" by police and now has a wrist injury. She was charged with violating Governor Roy Cooper's executive order and resisting arrest.

The others arrested were Jonathan Warren, Lisa Todd and Wendy Macasieb. All three were charged violating Cooper's executive order and resisting arrest. Warren is also accused of damaging a metal gate at the Governor's mansion during the protest.

ccording to a report from WRAL, State Capitol Police say more arrests could be coming.

Reopen NC, a grassroots political movement that started on Facebook, has held two major rallies in the capital city, calling on Cooper to reopen the state no later than May 1. Last week, Cooper extended the state's stay home order through at least May 8.

RELATED: Group pushing for reopening of Mecklenburg County is planning protest in Charlotte

The group has inspired a spin-off organization called Reopen Meck, which plans to hold a protest in uptown Charlotte Friday.

The event will start at noon at Trade and Tryon, with protesters encouraged to drive through the streets of uptown. If people do decide to get out of their cars, they are being asked to observe social distancing standards and wear gloves and masks.