Health officials are worried about gatherings at bars for the Super Bowl, especially at those that are already breaking the rules. 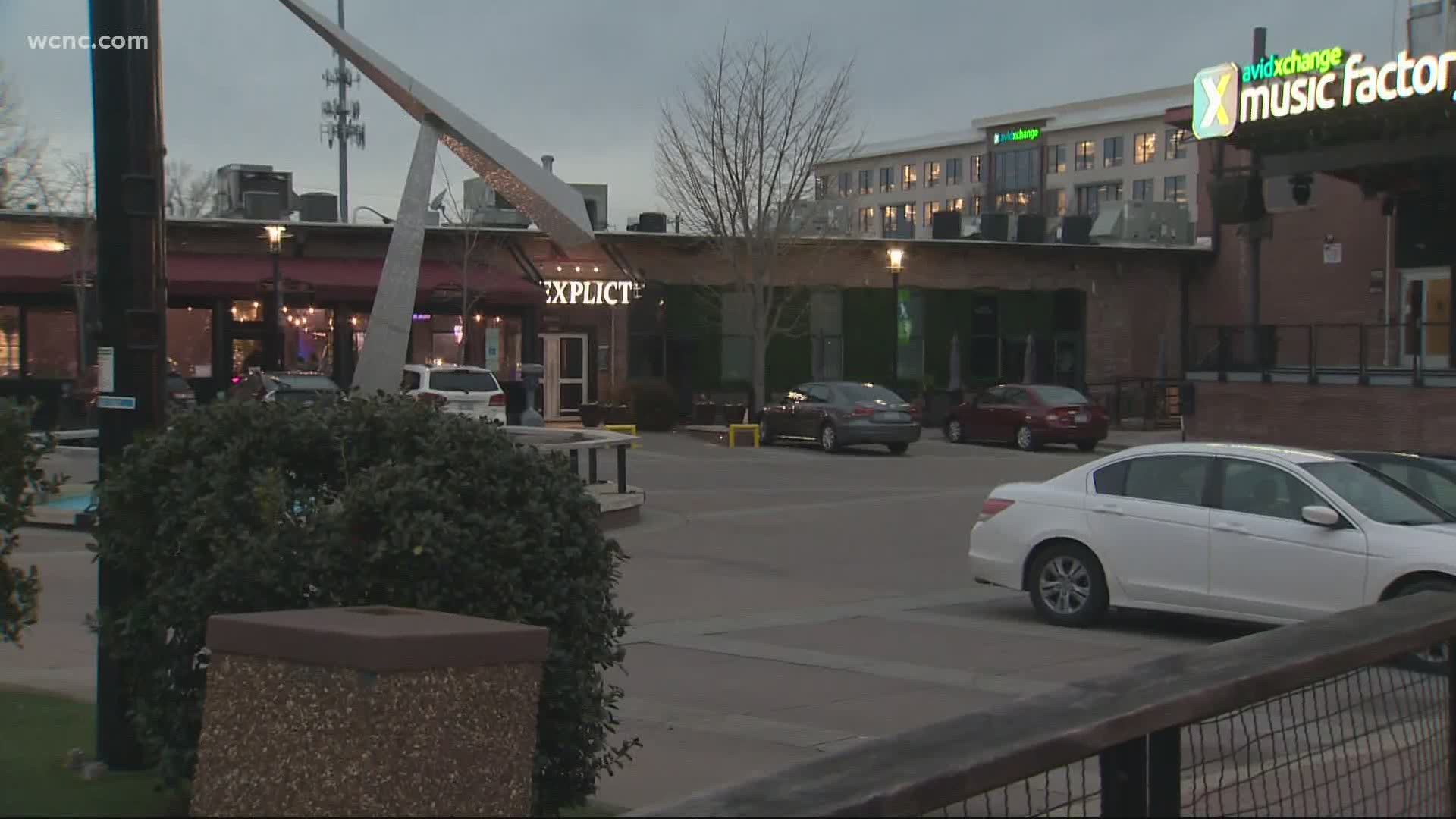 The Bar at 316 in South End looked closed Thursday night, but it hasn't been recently. The business is a repeat offender for breaking Cooper's order, according to data provided by CMPD.

It's one of several that were cited multiple times in a matter of weeks, and it's no secret bars and businesses can't wait to get back to normal operation after being restricted for nearly a year.

"Although our numbers are slowly coming down. Our numbers are still very high, which indicates we have a lot of virus in our community right now," Mecklenburg County Health Director Gibbie Harris said.

That's why bars in Charlotte are still supposed to be closed up by 10 p.m., and only serve drinks outside. Patrons are supposed to wear masks when not actively drinking or eating, and social distancing is supposed to be taking place.

"These limitations on bars were put in place to try to restrict the gatherings that are what is driving our virus right now," Harris said.

But some places aren't following the rules. CMPD was forced to cite 12 businesses in January alone. Police said they tried to get them to cooperate through education and dialogue, but they didn't.

The Bar at 316 in South End was cited three times in three weeks last month.

"It's very frustrating. Especially when you see some of the videos and some of the activity people are participating in," Harris said.

A video at Explicit Bistro and Lounge drew criticism last summer, showing people shoulder to shoulder in the business during the pandemic.

The owners said they were cited twice in January for having people inside.
But they argue they're a restaurant and were wrongfully cited. They said they have a full commercial kitchen and sell food to patrons, as well as drinks.

Restaurants have been able to serve customers indoors at a reduced capacity.

"The potential for people being exposed increases every time they walk out their door," Harris said.

Harris wanted to remind everyone, regardless, nobody should be gathering anywhere.

"The reality is until we get this virus under control, we're not going to be able to open things up more," Harris said.

Harris said the ABC Commission has stripped alcohol licenses away from bars before during this pandemic, but it's a long process.

She believes a warning that threatens a repeat offender that their alcohol license could soon be removed would work, but she's not sure about the details of the process the ABC Commission goes through to remove one.

In her opinion, sometimes the citations given for breaking the executive order aren't doing enough to change behaviors.

She says she's learned the citations are a small fine compared to the money bars make in a night.

WCNC Charlotte visited, called and messaged each business that was a repeat offender. We only heard back from Explicit by Thursday night. They said they're fighting their citation.