Coordinators say between church members and community members who've come in they’ve signed up over 100 seniors to get their vaccine appointments. 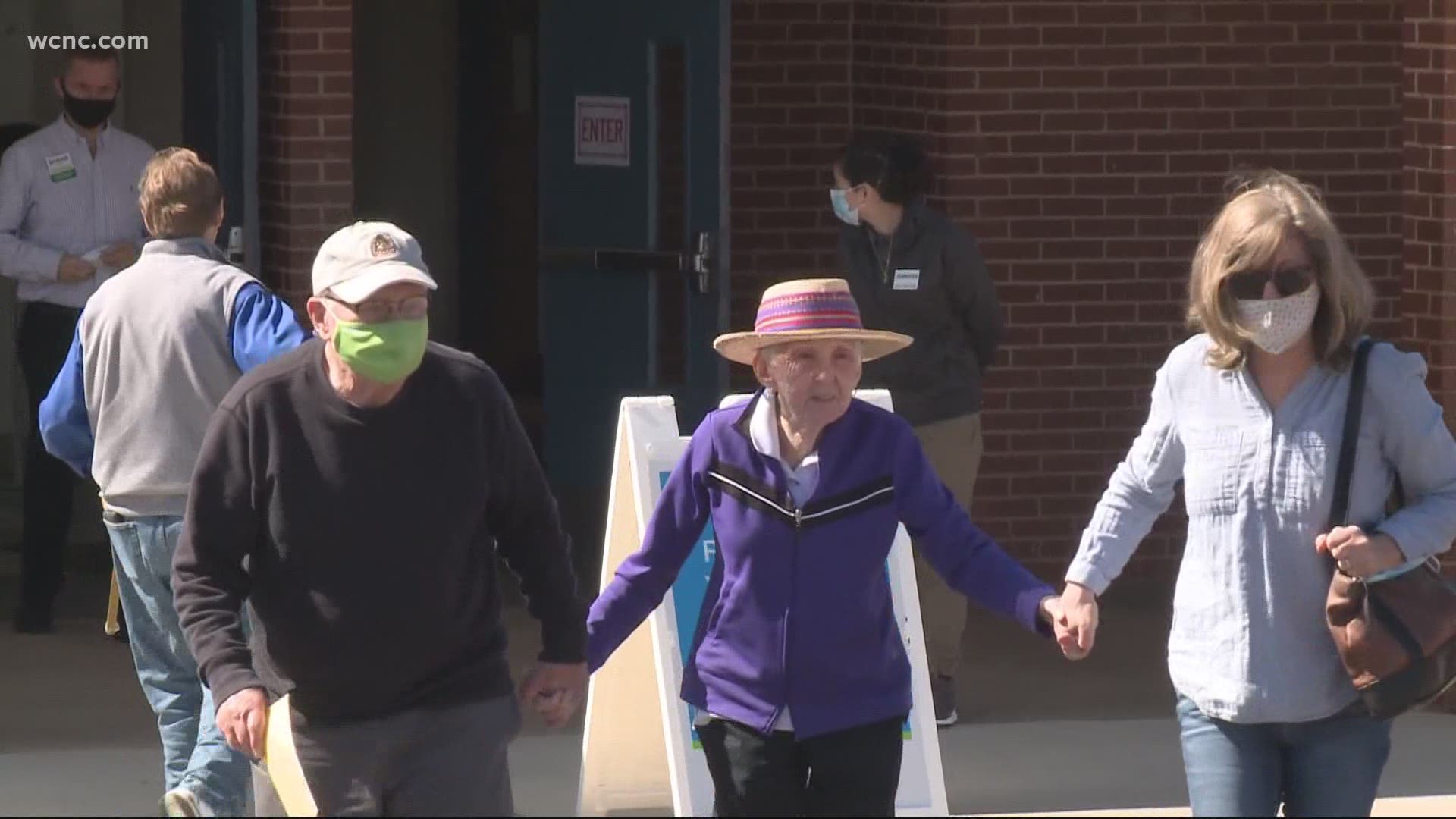 ROCK HILL, S.C. — As South Carolina is set to open up vaccines to 2.7 million people in phase 1B on Monday, St. John's United Methodist Church in Rock Hill is making sure seniors don’t get left behind, helping those who have struggled to make appointments.

Coordinators said between church members and community members who've come in, they’ve signed up over 100 seniors to get their vaccine appointments and have seen just how much this population has been struggling.

Aglinsky came to the church for help on Thursday.

“I’ve been trying for quite a while," Aglinsky said. "They kept saying it was only over 70, and I'm 66 and recently for the past few weeks they lowered it to 65 so I came here today to get help."

RELATED: Here's how you can schedule a COVID-19 vaccine at Harris Teeter

Aglinsky said it took them five minutes to schedule his appointment.

"A whole lot of frustrated people, people who want to be vaccinated but are struggling with the system," Crockford said, "either because it feels too complicated and overwhelming for them or they just don’t have the technology.”

Crockford said they first noticed the problem when vaccines opened up to people over 65, and many didn't even have an email address.

"A lot of us started helping our parents get vaccines and realized as they were struggling, other church members were struggling and it just kind of expanded from there,” Crockford said.

Crockford said it led them to create a vaccine sign-up clinic for anyone in need.

"Yes, we had one couple that came from about 45 min away, drove down here just to get an appointment secured just because they'd run into enough brick walls," Crockford said.

Crockford said one senior she helped told her she kept trying to get signed up, but the system would time out before she could get to the end.

RELATED: Find out what vaccine group you're in

With 2.7 million South Carolinians adding to the eligibility pool in phase 1B on Monday, Crockford said a coalition of churches and nonprofits are now looking to expand to reach seniors in York county.

“I would imagine securing an appointment is not going to be easier because more people will be going to get it,” Crockford said.

Crockford said it has been incredibly fulfilling seeing that joy and frustration disappear from the seniors they’ve helped.

The vaccine sign-up clinic runs every Tuesday through Thursday from 1-5 p.m. at the church.