SC for Ed released a statement Wednesday just hours after McMaster held a news conference at the State House outlining his proposal. 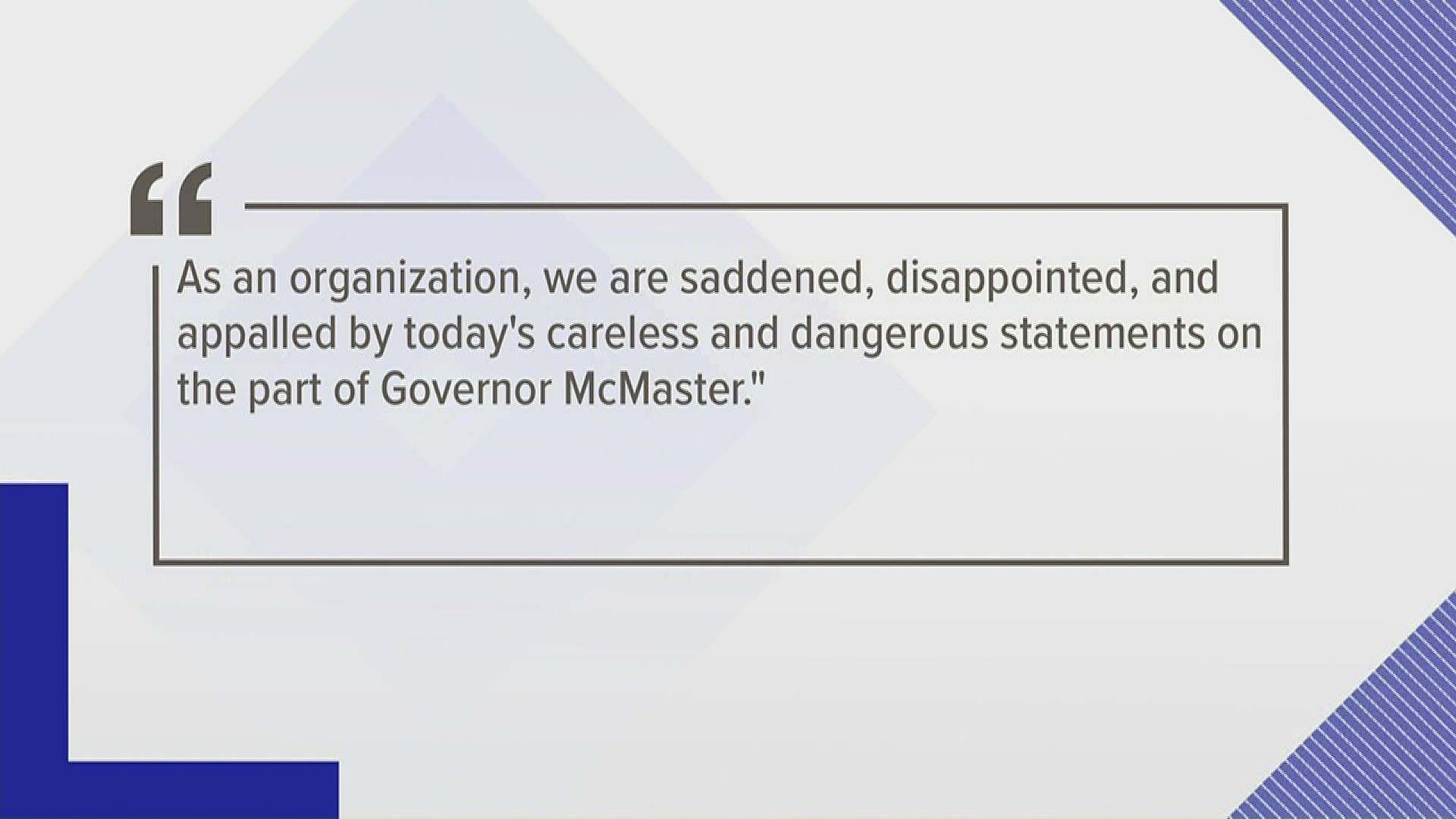 COLUMBIA, S.C. — A teacher advocacy group has joined those criticizing Gov. Henry McMaster's statement that schools should offer in-person instruction five days a week as an option when classes resume.

SC for Ed released a statement Wednesday just hours after McMaster held a news conference at the State House outlining his proposal as the coronavirus cases in the state remain high.

"As an organization we are saddened, disappointed, and appalled by today's careless and dangerous statements on the part of Governor McMaster," the group said.

McMaster said districts have the freedom to create their own plans but those plans must include a five day a week instruction option as well as the virtual plan.  Those plans are due this Friday. State Education Superintendent Molly Spearman has been told no plan can be approved that does not give parents the full option to send their kids back for in-person learning.

RELATED: All SC schools must be open five days a week, governor says

McMaster said districts should consider pushing the start date for schools back to September 8, which is after Labor Day, so they can have plenty of time to implement their plan. That includes coming up with schedules for pickup times.

But SC for ED said the plan doesn't take into account safety, saying it goes against Centers for Disease Control recommendations and the AccelerateSC panel that was formed by the governor. They say those groups called for lowering disease activity in a county before school can reopen.

"We hope elected school boards, parents, and teachers throughout the state will challenge and oppose the governor's simultaneous abuse of power and abdication of responsibility," the statement says.

The group wants the public to contact Spearman, state lawmakers, and others to give districts the flexibility to delay in-person instruction until virus activity goes down.