South Carolina 'getting back on our feet carefully,' governor says 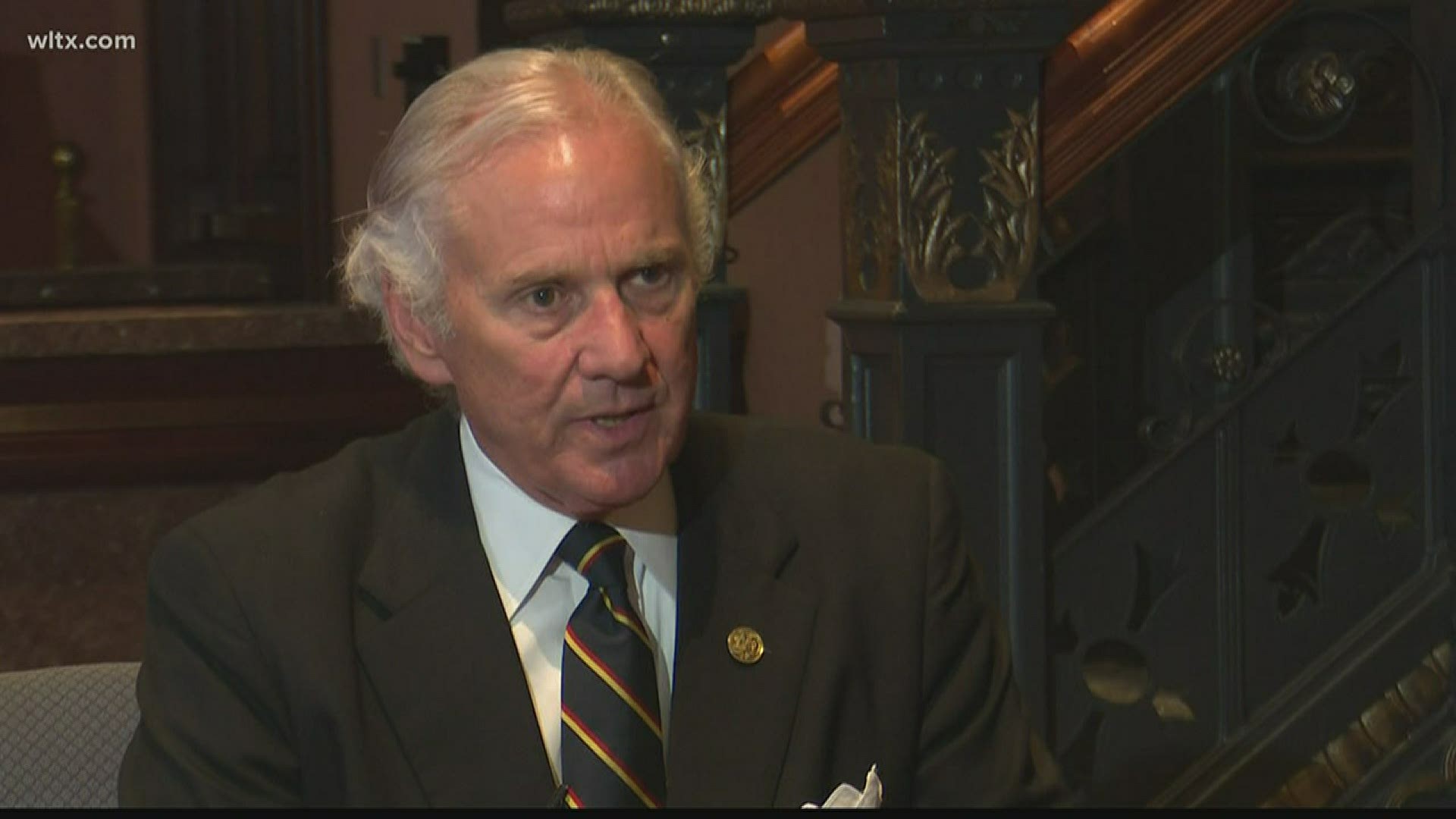 COLUMBIA, S.C. — South Carolina Gov. Henry McMaster says he believes the state remains on the right path when dealing with the coronavirus and how to reopen the economy.

McMaster spoke with News 19's J.R. Berry in a one-on-one interview Tuesday, where he addressed several topics related to the state's virus response.

The discussion came on the last day of a full meeting of McMaster's AccelerateSC task force that was designed to come up with ways to quickly and safely reopen the economy.

Last week, Dr. Anthony Fauci, the director of the National Institute of Allergy and Infectious Disease, gave a positive review of the state's response when it was described to him by Sen. Tim Scott, even saying he would like to "clone" the plan.

"I think he's [Fauci] right," said McMaster. "We have a great team of knowledgeable and experienced people that are working on this. And we've used the old carpenter's rule: measure twice and cut once. That it get it just right."

He said South Carolina's approach was targeted and deliberate and based on evidence.

"We did not cut down [the economy] nearly as deep as they did in some other states," the governor said. "Some other states just went whole hog and shut everything down...Now we're in a better position to come out of it better and more safely than many of our colleagues around the country."

Here are some other topics he touched on.

On the continued virus threat:

"I just want to remind everybody that virus is still here. Not a thing about the virus has changed. It's just as dangerous as it was in China and Italy and has been in the United States. The difference is we now know how to detect it and how to avoid it and we must do that."

McMaster said testing capacity is increasing and there will be contact tracing to find virus sources and hotspots as soon as they pop up.

"Our people need to understand that we're our strong, we're resilient, we're smart but we must be smart with these contagions. And this one is a dangerous one. We want to be humming in our economic growth and prosperity for jobs for everyone for great education and great health, but right now for the forseeable future we've got to be very very careful and I think when it's all over we'll be very proud of the way the people of South Carolina conducted themselves in this unprecedented situation."

On a possible 'second wave' in the fall or winter:

"If there's a second wave it will be different because the accelerate SC guidelines and recommendations should keep there from being a second wave in South Carolina. Now we can't control what happens in other states....but we have a good plan, a good chart for the future."

On the economic toll to the people of the state:

"There's a lot of anxiety and depression that stems from that," he said, calling what's happened "heartbreaking."

McMaster said the state has expanded the capacity of SC DEW, the state's employment agency, to deal with unemployment claims, which he said the state is still financially able to handle. The state's health agency, SCDHEC, has gotten money to increase into testing and tracking.

On the plan for schools:

"With the schools closed that meant the children were home. So that meant someone had to take care of the children. Over half of child care centers were closed. About 46 percent are still closed."

RELATED: USC to hold virtual graduation instead of in-person ceremony