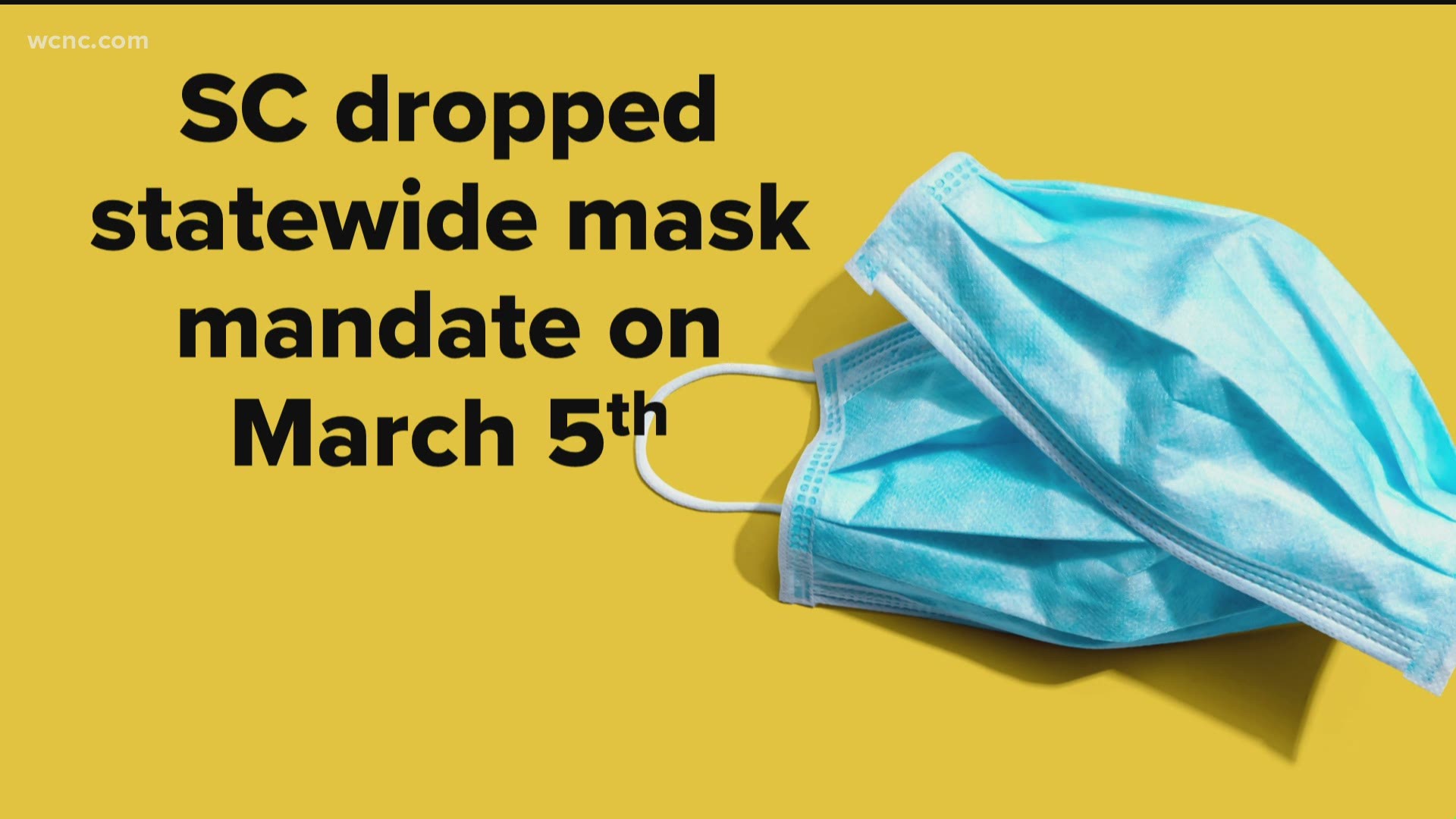 SOUTH CAROLINA, USA — South Carolina's top health official is in the spotlight after saying it's too early for towns and municipalities in the Palmetto State to drop their COVID-19 face mask requirements.

Dr. Brannon Traxler, who was recently named South Carolina's public health director after holding the interim role, made the comments during the state's COVID-19 briefing Wednesday.

"Our analyses at DHEC (South Carolina's Department of Health and Environment Control) of the data have shown that the mask mandates decrease the number of cases in communities," Traxler said. "We've done three different mask ordinance analyses, all of which indicated what we already know, that masks work."

South Carolina hasn't had a statewide mask mandate since early March. Gov. Henry McMaster dropped the statewide order on March 5 and several cities have dropped them, too. These cities include major tourist destinations, like Myrtle Beach. Some areas, like the capital city of Columbia, are keeping theirs in place, a decision Traxler supports.

Social media reactions were mixed as mask requirements have remained a hot topic throughout the pandemic. Some people say they're thankful for the mandates while others believe it's time to move on.

What do you think? Should mask requirements remain in place until more people are vaccinated? Join the conversation with the Wake Up Charlotte team using #WakeUpCLT.

RELATED: Dermatologist gives tips for kids to avoid 'maskne' as they head back to school in-person