Major League Baseball and the NBA resumed play in July, while the future of football is still uncertain due to coronavirus. 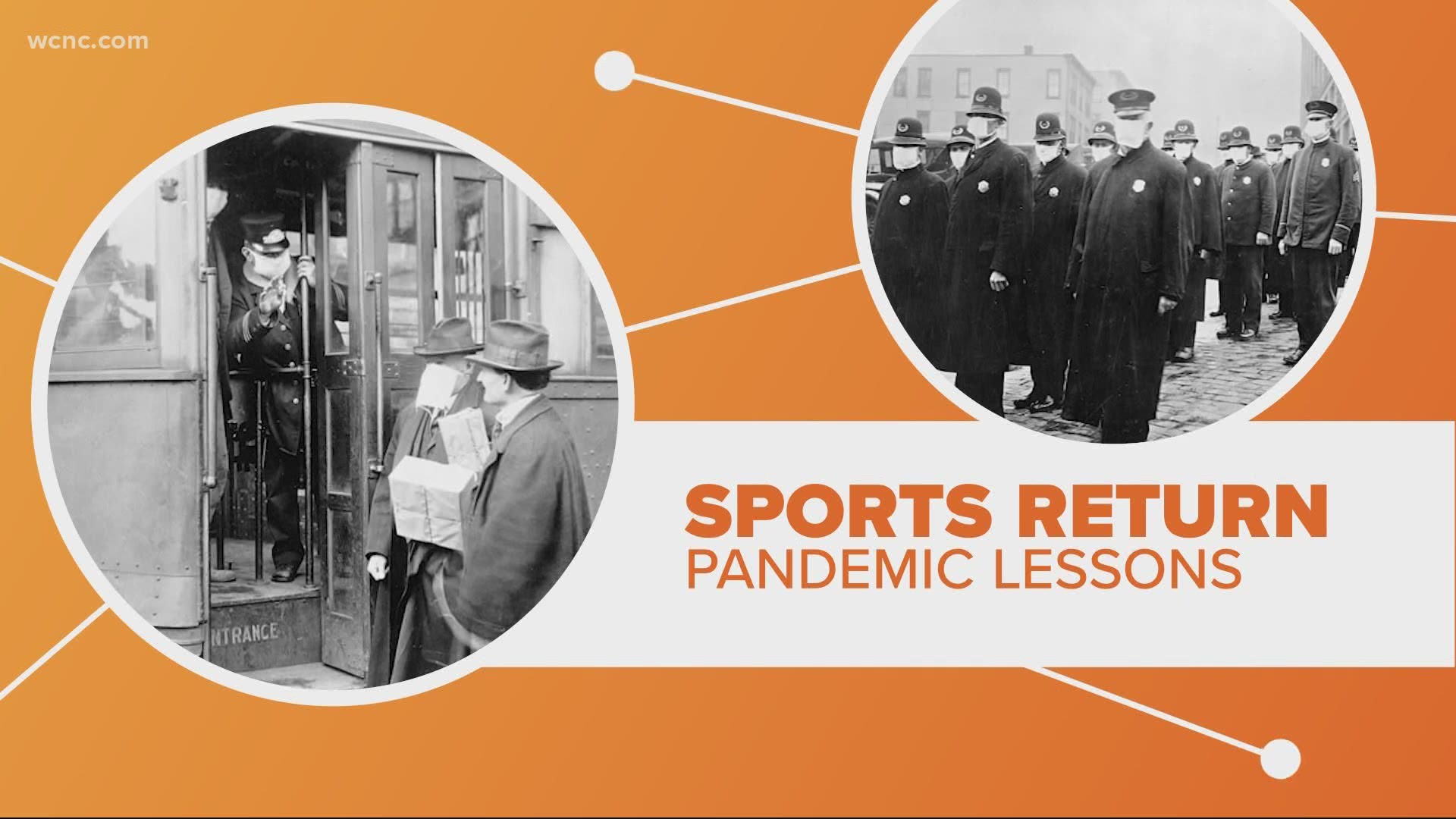 CHARLOTTE, N.C. — Sports are making a comeback across the United States, with Major League Baseball opening its season last week and the NBA set to return this summer amid the coronavirus pandemic.

The leagues have adopted new rules, including players and coaches wearing face masks, and there aren't any fans at games. This may all seem unprecedented, but your great-grandparents or even your grandparents might remember a similar situation with the 1918 flu epidemic.

There have been all sorts of comparisons to the COVID-19 pandemic and the 1918 flu pandemic, including sports. In 1918, the NFL didn't exist, but Major League Baseball and the National Hockey League did, and they both played games with some safety measures in place.

In baseball, the season began as scheduled in April of 1918. Some players wore masks and the season had to end early. In fact, the World Series that year was blamed for the spread of a new strain of the flu in Boston.

College football was played in 1918 but the season was shortened and started later than usual, with at least 18 teams sitting out the season. Fans were at the games and they wore masks.

As the 1918 pandemic continued, more sporting events were canceled, including the 1919 Stanley Cup Finals, after players on both teams were hospitalized with the flu.