Moderna executives said there are some important steps that need to happen before a vaccine is distributed to the public. 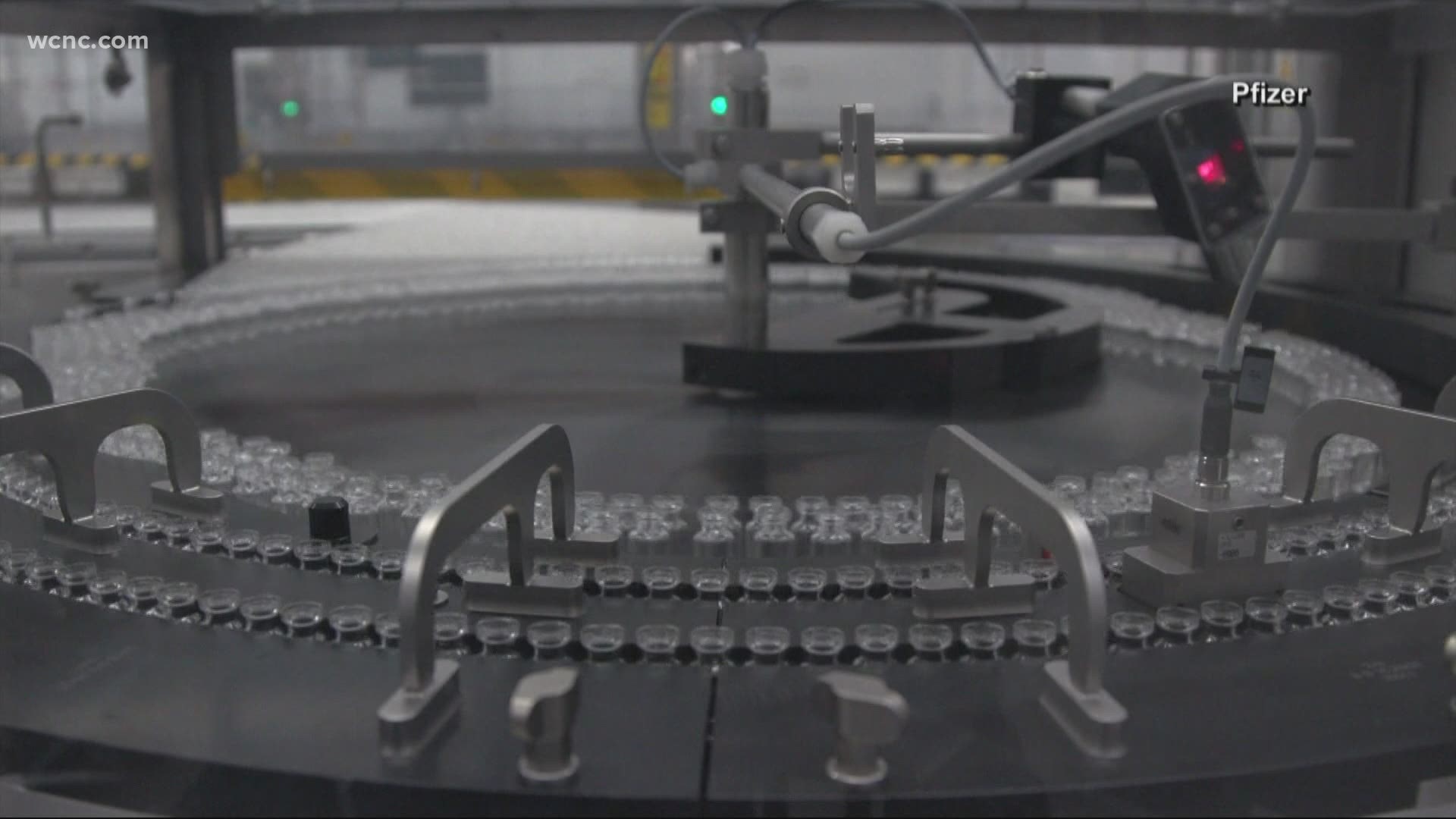 CHARLOTTE, N.C. — There's big news on the effort to get a COVID-19 vaccine ready.

Drugmaker, Moderna, announced it was applying for an Emergency Use Authorization from the FDA on Monday. Next week, an FDA panel will start reviewing data from drug maker, Pfizer, after it applied for the same authorization. Both companies said their vaccines are more than 90% effective.

Now, WCNC Charlotte is looking into the next steps in the process.  Moderna executives say once the vaccine is approved, they’ll begin deploying them immediately, but there are some important steps that need to happen before then.

The battle against COVID 19 is being fought on all levels, from researchers to drug company executives and from hospital workers to vaccine volunteers.

President of ⁦@moderna_tx⁩ says their vaccine is “potent enough and effective enough to stop #COVID19” which is why they’re asking ⁦@US_FDA⁩ for Emergency Use Authorization. At 6pm, we look at the next steps in the process before an EUA is approved. ⁦@wcnc⁩ pic.twitter.com/Ao3iN5aLRs

“I'm very proud to be part of such a successful project,” said Gracie Howell who is participating in the Moderna COVID 19 vaccine trial at UNC.

“Everybody feels the pressure of the moment,” said Stephen Hoge, president of Moderna.

Hoge said they’re at one of the most important points of the process before their COVID 19 vaccine is made available. The company announced they’re applying for an Emergency Use Authorization on Monday.

“This is really that last step,” said Hoge. “Ultimately it is the FDA's call whether to approve this authorization, but if they do, we'll immediately start deploying the vaccine.”

According to FDA guidelines, companies applying for an Emergency Use Authorization should submit a detailed list of information, which includes everything from the supply chain and the distributor to the facilities and sterilization process, as well as the safety and effectiveness of the vaccine.

“We feel very confident about the 94.1 efficacy that we will be filing to the FDA today,” said Stéphane Bancel, CEO of Moderna.

“We know the vaccine is potent and effective enough to stop COVID 19,” said Hogue.

“That would be a game-changer I believe in this pandemic,” said Bancel.

No significant safety concerns were reported with Moderna’s vaccine. One vaccine volunteer in the Moderna trial, Jack Morningstar, told WCNC Charlotte he experienced a short-term fever after the injections, but it was well worth it.

“The side effects aren't really a concern for me, especially considering the alternative which is COVID,” said Morningstar.

Moderna said the FDA’s advisory committee will likely be meeting about their vaccine on December 17th.