Starting March 23, all schools in the UNC System will use alternative course delivery, including online classes, indefinitely. 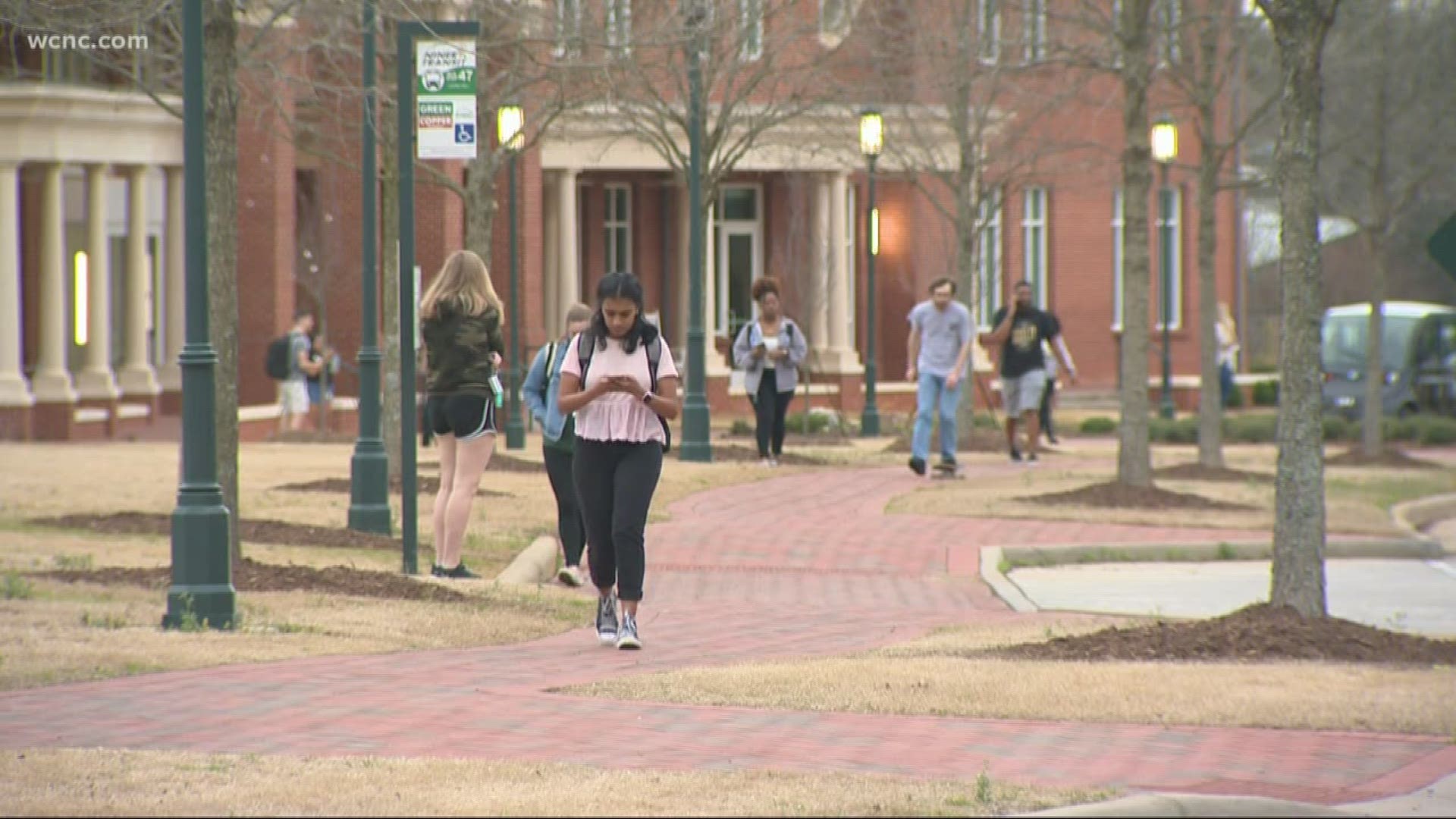 RALEIGH, N.C. — All universities in the University of North Carolina System are reverting to alternative course delivery, including online classes, due to concerns surrounding the coronavirus.

The UNC System has 17 campuses across the state of North Carolina.

All institutions in the system are expected to transition from in-person instruction to alternative course delivery no later than March 20.

Starting March 23, all schools in the UNC System will use alternative course delivery, including online classes, indefinitely.

"Our goal is to return to in-person instruction as soon as reasonably possible," UNC System officials said in a statement. "Each institution will communicate the specific details to its students and faculty."

UNC System institutions will remain open during that time, but the changes are in an effort to limit the potential impact of the coronavirus at institutions.

University leadership will determine which classes, including those with labs, will continue to require in-person instruction and attendance, according to the UNC System.

RELATED: Latest on coronavirus in the Carolinas

In addition to the changes to class format, any outside events or gatherings of 100+ people will be canceled or postponed unless a chancellor or provost authorizes it.

Any university-sponsored in-state travel to gathering of at least 100 people has also been suspended, as well as travel outside the state unless approved by chancellor or provost.

"UNC System institutions are thriving and supportive communities, ready to adapt quickly as circumstances evolve," a statement from the UNC System said. "We remain focused on the health and safety of our students, faculty, and staff, and the delivery of our core academic mission."

It comes one day after Duke University extended its spring break and temporarily canceled all face-to-face classes in midst of the coronavirus.

The University of North Carolina at Charlotte announced that they will move to "online instruction wherever possible" effective Monday, March 16.

"It's never bad to be precautions about it," said Onesti Garofalo, a sophomore at UNC Charlotte, later adding, "It's just going to make people be a little safer at school without getting behind."

Some classes, including classes with labs, may need to have some in-person instruction, according to UNCC.

"I think it's good to keep people away from each other and keep them safe," said Jada Flowers, a junior at UNC Charlotte.

That being said, university officials are planning to encourage teleworking as much as possible. Mandatory employees will be required to report to campus as directed by their supervisors.

"The fact that this is such a large campus and there are so many people here like I think it's just kind of concerning cause I'm constantly surrounded by people," said Maliah Graves, a freshman UNC Charlotte.

But some students have concerns when it comes to learning.

"Because I know I can't learn stuff like that online," Flowers said. "Like I need to be in the class with the professor to be able to ask questions."

While the UNC System is limiting events with 100 or more people, UNCC says gatherings of more than 50 people will likely be postponed unless otherwise approved, and traveling with groups of that size will likely also be suspended.

The University of North Carolina at Chapel Hill announced Wednesday that spring break is extended through March 22, meaning no academic instruction will be offered until that time.

"We strongly encourage students to remain off campus," UNC-Chapel Hill officials said in a statement. "Instructors will provide further information in the coming week regarding coursework and assignments."