NC leaders were hopeful the $1M lottery would boost vaccinations. So far, it hasn't. Why?

North Carolina officials were hopeful the $1 million vaccination lottery would encourage more people to take the shot but they aren't sure it will convince everyone. 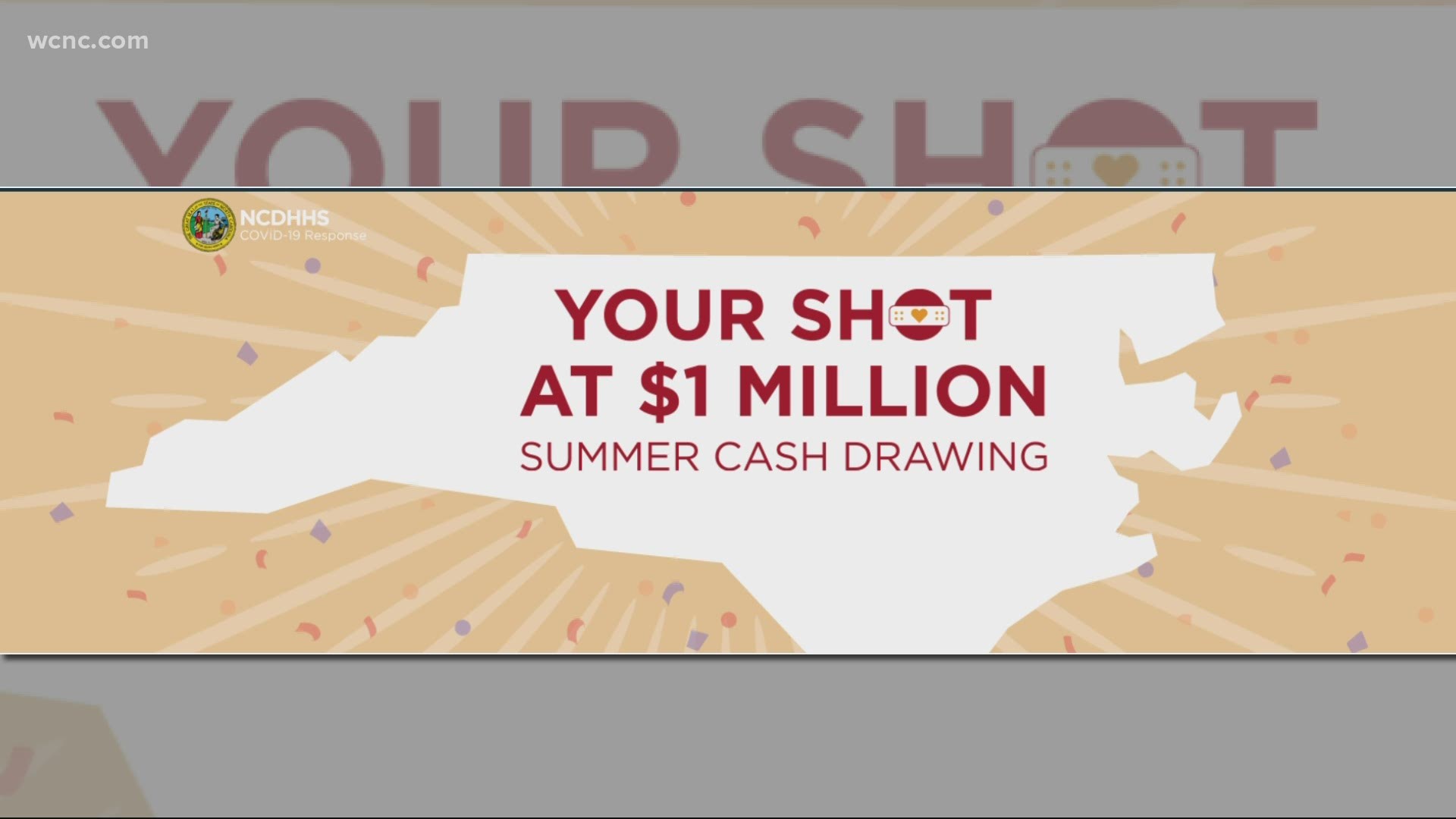 CHARLOTTE, N.C. — More than 8.5 million doses of the COVID-19 vaccine have been given in North Carolina and that number slowly climbs each week, but with less than half of the population fully vaccinated, state leaders were hopeful the $1 million lottery incentive would push people to protect themselves and their community from the virus.

Vaccine providers in the Charlotte area said they have not seen an overwhelming increase in demand following the launch of the lottery incentives. They believe the program could bring out people who are not opposed to getting vaccinated but had not been in a rush. However, people who had decided not to get vaccinated for a variety of reasons - including concern, fear, religion, or medical exemptions - will not turn out because of the lotto.

The supply of vaccines has outweighed the demand for months now. Of the people who still have not received shots, many struggle to find the time or means to get to a clinic.

“I know like seven people [who] are asking for it, said Jamaliel Rodriguez. "They don't have transportation or don't know how exactly, like taking the bus or whatever."

RELATED: $25 cash cards going to those who get vaccinated, and those who drive others to a COVID-19 vaccine clinic

The new cash drawing in North Carolina is meant to give the final encouragement some people may need.

“Anything that will push people in the direction, that's a good thing,” Martine Mosrie said.

But there is another group with hesitations who are not rushing out to get the shot.

“Some don't really want it,” Jesse Williamson Sr. said. “Some think the shot is going to hurt them.”

RELATED: Boots on the ground effort to overcome vaccine hesitancy in Charlotte neighborhoods

And experts think a chance at $1 million isn't the answer in that situation.

“One-on-one conversations with a medical professional are going to address those, not necessarily an incentive,” said Dr. Meg Sullivan, Mecklenburg County's medical director.

Halfway through the national month of action, education is still the key to success.

“For those who still have questions, that we give them the opportunity to have their questions answered, we provide them with the facts so that they can make an informed decision and we hope that informed decision is to get vaccinated,” Dr. Bechara Choucair, White House Vaccinations Coordinator, said.

Vaccination rates have slowed so much, North Carolina did not get any vaccination allocated from the federal government this week. Officials are warning the need for vaccinations continues, especially as the Delta variant of COVId-19 spreads through Mecklenburg County and North Carolina. Existing vaccines are believed to provide protection against both COVID-19 and its known variants.