The CDC and FDA are reviewing the Johnson & Johnson vaccine after a potential link to very rare blood clots in six people out of 6.8 million doses administered. 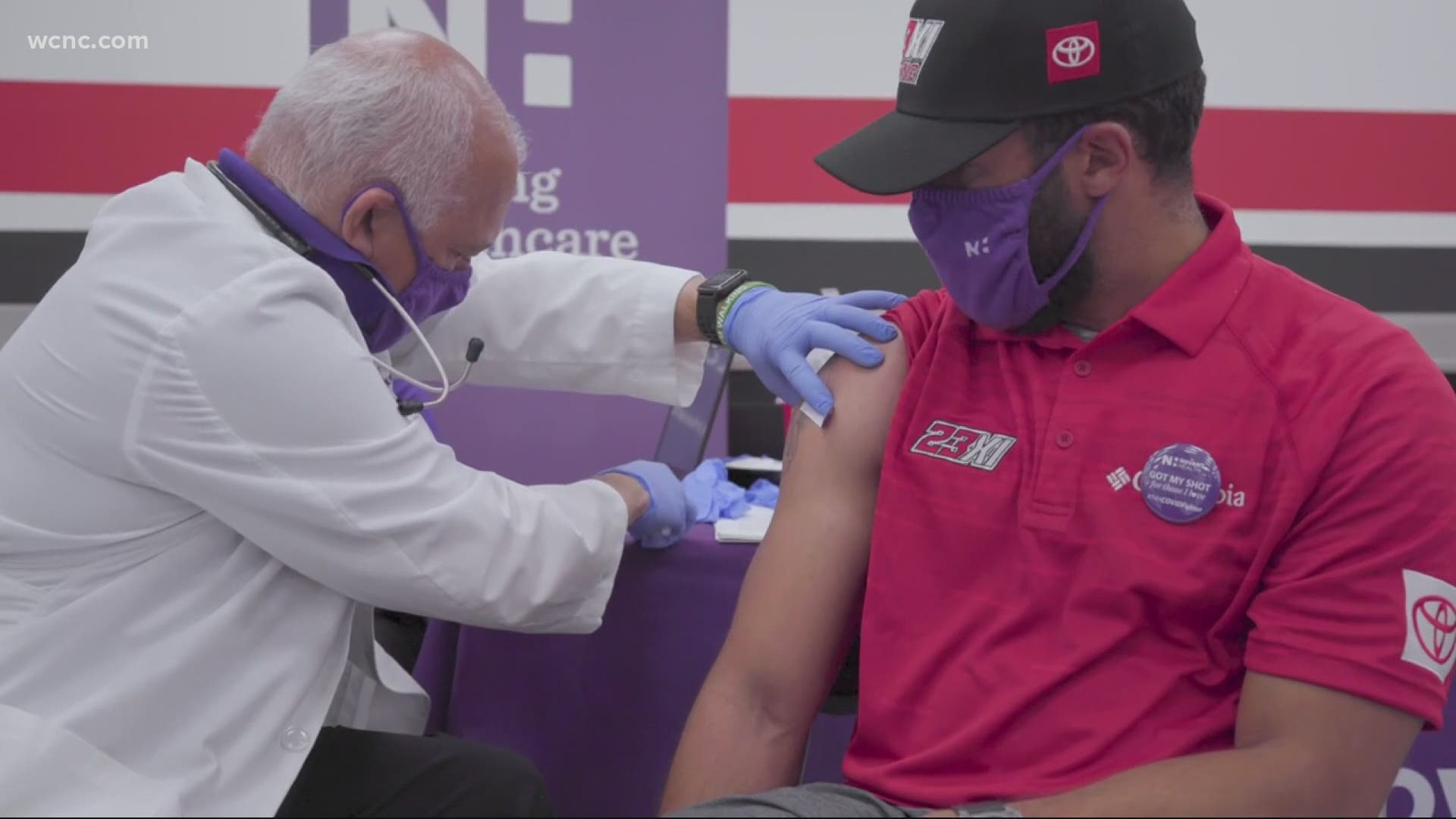 Out of more than 6.8 million people, six recipients of the Johnson & Johnson vaccine developed blood clots in combination with low platelets.

Dr. Jerome Williams, senior vice president of consumer engagement & corporate health with Novant Health, said in a media briefing Tuesday that Novant Health is working to get the vaccine out to populations that are hesitant through community events and campaigns with notable people.

"We will look at the data, see where the gap exists, whether it be a racial/ethnic gap, whether it be an age gap,” Williams said, “and then target those communities with facts, with truth, with conversation, with engagement, and with activation.”

RELATED: VERIFY: 'This is incredibly rare' | Am I at risk of blood clots due to J&J vaccine?

"A lot of people are scared, especially, you know, the people of the Black and brown community,” Wallace said. “You know, they've, it's hard to trust people when you haven't received the same fair treatment as your white neighbors, companions, whatever you want to call it.”

Wallace continued, “It’s different, and it’s tough from that standpoint, so I stand with them. But I’m here to say, I’m doing it. I encourage you all. I’m being strong about it, so let’s do it together.”

Williams said the campaign with Wallace could also serve to appeal to younger people, some who have been hesitant to get the vaccine.

UNC Charlotte, along with its health partners, started hosting on-campus clinics of the one dose Johnson & Johnson COVID-19 vaccine two weeks ago. Following Tuesday’s recommendation from the CDC and FDA, UNC Charlotte announced it will not offer any future clinics administering the Johnson & Johnson vaccine until the CDC and FDA have concluded their review and further public health guidance is issued.

University officials told WCNC Charlotte UNC Charlotte decided to give the Johnson & Johnson vaccine, so students who may be leaving campus soon did not have to worry about booking a second appointment.

"I am planning on getting it,” said Devin Carbonaro, a UNC Charlotte freshman. “I was going to sign up for the Johnson & Johnson, but that will not be happening anymore."

UNC Charlotte freshman Ben Christensen said he does plan to get the Johnson & Johnson vaccine, but may opt for Pfizer or Moderna.

"I've heard good things about the other two,” Christensen said. “I've heard they're a little better."

UNC Charlotte said it is investigating its ability to offer Moderna and Pfizer vaccines through on-campus clinics going forward.

Hesitancy concerns expand beyond universities as well. Gaston County Communications Director Adam Gaub said it is the biggest concern since the Johnson and Johnson vaccine was paused.

Although the one-shot vaccine wasn't the shot that was relied on the most by clinics in Gaston County, it will impact an outreach effort targeting specific populations in the community.

"[We] kind of targeted outreach for folks that have a hard time getting to the mass vaccination sites," Gaub said.

Gaston County supplied their paramedics with the Johnson and Johnson shots,  giving them out to homeless neighbors, or homebound seniors. It was convenient since paramedics did not have to go back out to give a second dose.

"By no means have we reached everybody, but we've been able to get through a good chunk of people that are interested in the vaccine and want the vaccine," Gaub said.

They're now forced to stop their efforts with the Johnson and Johnson vaccine. Gaub said depending on how long the pause is in place, will determine if they'll plan to use other vaccines as a replacement for the outreach effort.

Across state lines in South Carolina, rural counties that depended on the Johnson and Johnson shot are making other plans.

"We're going to continue to coordinate with many providers and also work with a number of the Jansen providers that have requested a switch to one of the other vaccines," said Dr. Brannon Traxler, DHEC's interim director of public health.

Many will switch to Moderna, Traxler said, since it's easier to handle for longer periods of time.

"These are safe, and effective and can be trusted," she said.