Group 3 opens up, allowing another round of front-line heroes to get vaccine: Grocery store workers

People in Group 3 can get their COVID-19 vaccine in North Carolina. However, it's proving to be another race to book an open appointment when one is available. 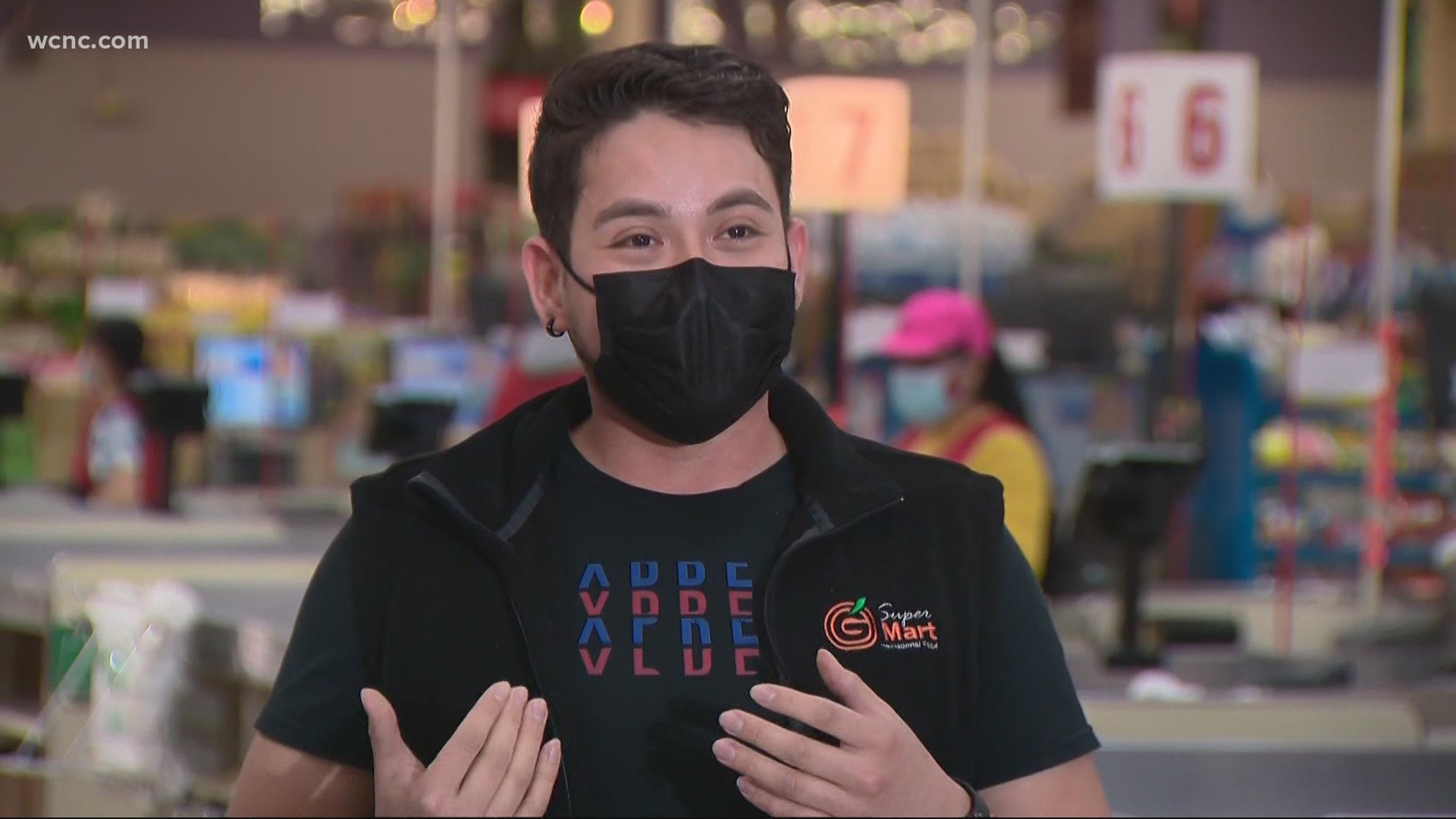 CHARLOTTE, N.C. — Grocery store workers - some of the longest-serving front-line heroes during the pandemic - are now eligible to get the vaccine as North Carolina enters Group 3 COVID-19 vaccine eligibility.

"It just feels like I can breathe easier now," said Victor Rodriguez, an employee at Super Global Mart in Charlotte's southeast side.

He and his coworkers were delighted to hear the news after working amid the transmission risks for an entire year.

"There were a lot of people who were scared for themselves," he explained.

Some of his colleagues were forced to take time off because they were older and at an increased risk. Others who are younger battled through the fear of taking home the virus to their family without even knowing.

"One of the things they're never going to shut down are grocery stores," Rodriguez said as he explained the importance of serving the community through the pandemic.

Store manager Paul Han said during the hardest of times, more people depended on the store.

"With or without pandemic food is a crucial part of our daily lives," Han said.

The day the governor announced eligibility and open appointments for Han and his workers, hope spread through the store.

The moment was burned into Rodriguez's memory.

"Oh, there was a sense of relief," Rodriguez said. "I came in that morning and everybody was on their phones looking at websites trying to find somewhere to get the shot."

Some 70 employees work at the grocery store, according to Han. He said more than half of them have expressed interest in receiving the vaccine.

However, the race is on and appointments are like winning the lottery.

"There are a lot more people looking for it, so it's definitely a race to get it," Rodriguez said.

"While I'm happy about it, I'm excited about getting it," he said. "I also kind of feel bad because I wish it was more readily available."

As of March 3rd, grocery store and restaurant workers, first responders, postal workers, and public transit employees can all be vaccinated under group three.

Here's a breakdown to see where you are in line to get the vaccine.

Group 3 is the largest group of residents to be eligible to become vaccinated, counting for roughly 2.6 million people, according to UNC's Institute for Public Health.

The process will likely happen slowly as supply struggles to keep up with demand.

Governor Cooper has already announced some people who are in Group 4 can start getting vaccinated on March 24th.

That includes people at higher risk from COVID-19, due to underlying medical conditions, according to the state's Department of Health and Human Services website.