Harris: 'Last few weeks have been the worst' for COVID-19 as county surpasses 80K cases 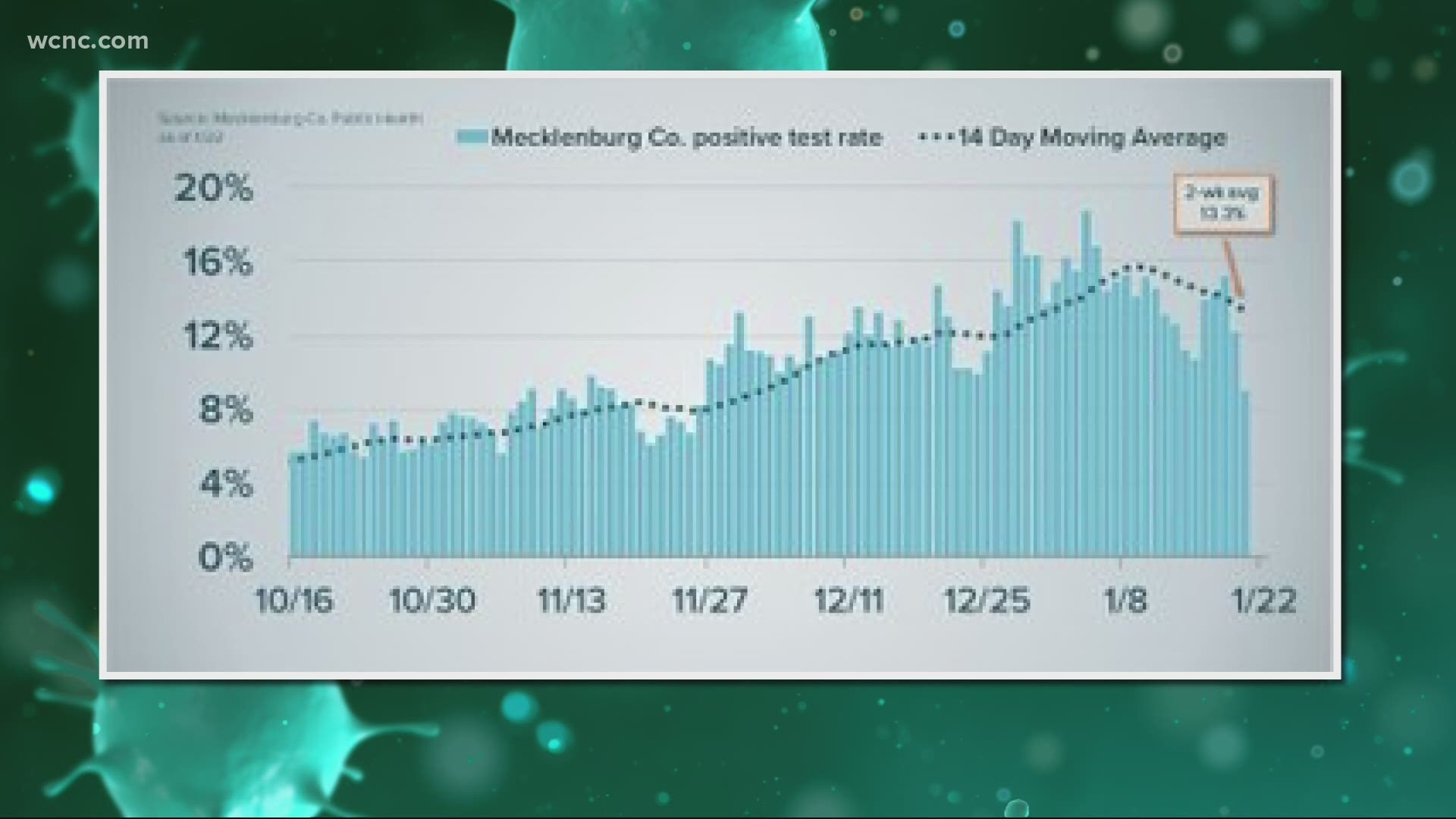 Despite the declines, the report also shows the highest number of congregate living clusters for the county since the start of the pandemic.

On Thursday, Mecklenburg County opened appointments for adults 65 and older that will be in February. Those appointment slots quickly filled up, with county officials saying they were overwhelmed with calls and traffic on their website as thousands of people tried to schedule an appointment. Harris said until the county gets more supply of vaccines, there won't be any more appointments available, and any person who receives their first shot will have access to a second shot, too.

"We will not be using the second doses inappropriately," Harris said. "We want to make sure those who have the first dose will have the second dose available when it's their time."

Charlotte Motor Speedway opened its gates as North Carolina's largest COVID-19 mass vaccination clinic Friday. Atrium Health says they expect up to 16,000 people to get vaccinated by Sunday. The speedway clinic is open to recipients with an appointment. Atrium said they have reached an agreement to host another mass vaccination clinic at Bank of America Stadium in uptown Charlotte next week but no details have been released. The health care provider's goal is to vaccinate 1 million people in North Carolina by July 4.

RELATED: Verify: Can you cross state and county lines in the Carolinas for a COVID-19 vaccine?

Dr. Mandy Cohen, secretary of the North Carolina Department of Health and Human Services, said the state is "seeing progress" with some key metrics beginning to trend downward after rising over the holiday season. Cohen acknowledged the state's numbers are still higher than they'd like, but they are beginning to level off.

Cohen also announced a joint effort between NCDOT and NCDHHS to provide seniors in need a ride to and from COVID-19 vaccine clinics. The program will funnel nearly $2.5 million to local transit companies across the state to cover the cost of transportation.