Florida Gov. Ron DeSantis has ruled out further business restrictions or a mask mandate aimed at stopping the virus' spread. 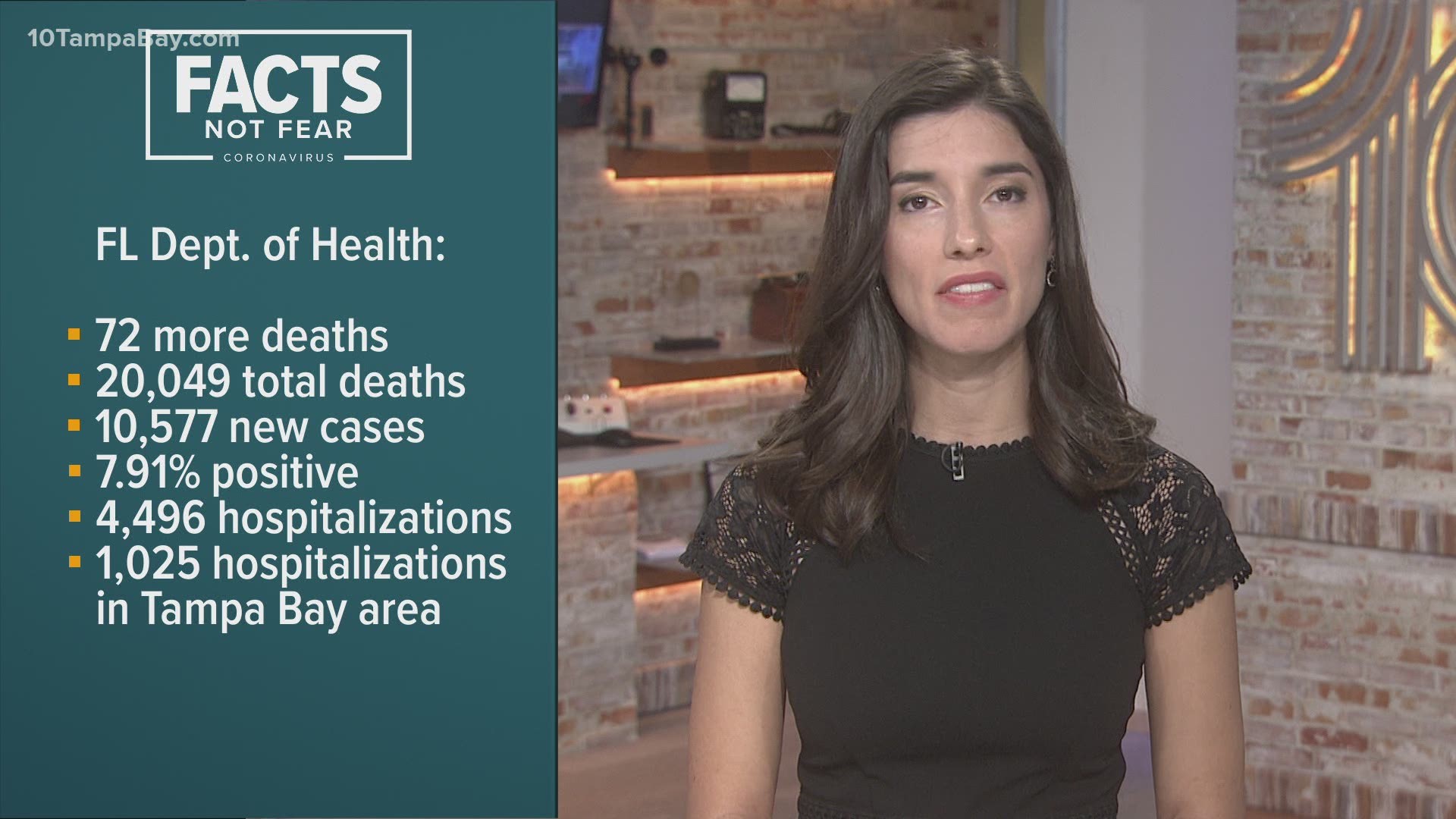 ORLANDO, Fla. — A White House Coronavirus Task Force report for Florida recommended stricter measures for stopping the virus including mask wearing at all times in public, increased physical distancing by reducing capacity or closing indoor spaces at restaurants and bars and limiting gatherings outside of immediate households.

The Dec. 6 report obtained by the Center for Public Integrity also urged leaders to begin warning about the risks of gathering during the December holiday season.

Florida Gov. Ron DeSantis has ruled out further business restrictions or a mask mandate aimed at stopping the virus’ spread.

“No one’s losing their job because of a government dictate. Nobody’s losing their livelihood or their business,” DeSantis said earlier this month at an elementary school in Kissimmee.

The White House Coronavirus Task Force is chaired by Vice President Mike Pence, and Dr. Deborah Birx serves as its response coordinator. The task force’s reports are sent to governors across the U.S.

The lawsuit filed by the Orlando Sentinel and its sister publication, the South Florida Sun Sentinel, said the DeSantis administration is violating the Public Records Act by refusing to release the reports, which provide recommendations and snapshots of virus conditions state by state. The lawsuit filed last week in state court in Tallahassee seeks the immediate release of requested and future reports.

“The state has given us no explanation as to why this crucial health information should be withheld,” said Julie Anderson, the editor in chief of the Orlando Sentinel and the South Florida Sun Sentinel. “We had no choice but to ask a court to intervene to uphold the public records law.”

The White House has indicated these reports should be “widely” shared, including with the media, according to the newspapers’ lawsuit.

The Orlando Sentinel began requesting the reports in October, and the governor's office provided three reports after the newspaper involved its attorneys. However, DeSantis' office hasn't provided any reports from November, despite the newspaper's weekly requests, according to the lawsuit.

The Florida Department of Health on Sunday reported a cumulative count of 1.12 million cases in the state, a daily jump of almost 9,000 new cases, and 20,133 related deaths, a daily increase of more than 80 deaths.

Among all states, Florida had the 41st most new cases per 100,000 residents and the 33rd highest rate of positive cases, according to the Dec. 6 report.

“Ranking are almost irrelevant as the entire country is surging," the report said.