The YMCA branches in Charlotte were forced into massive layoffs as branches closed temporarily and members pulled out indefinitely. 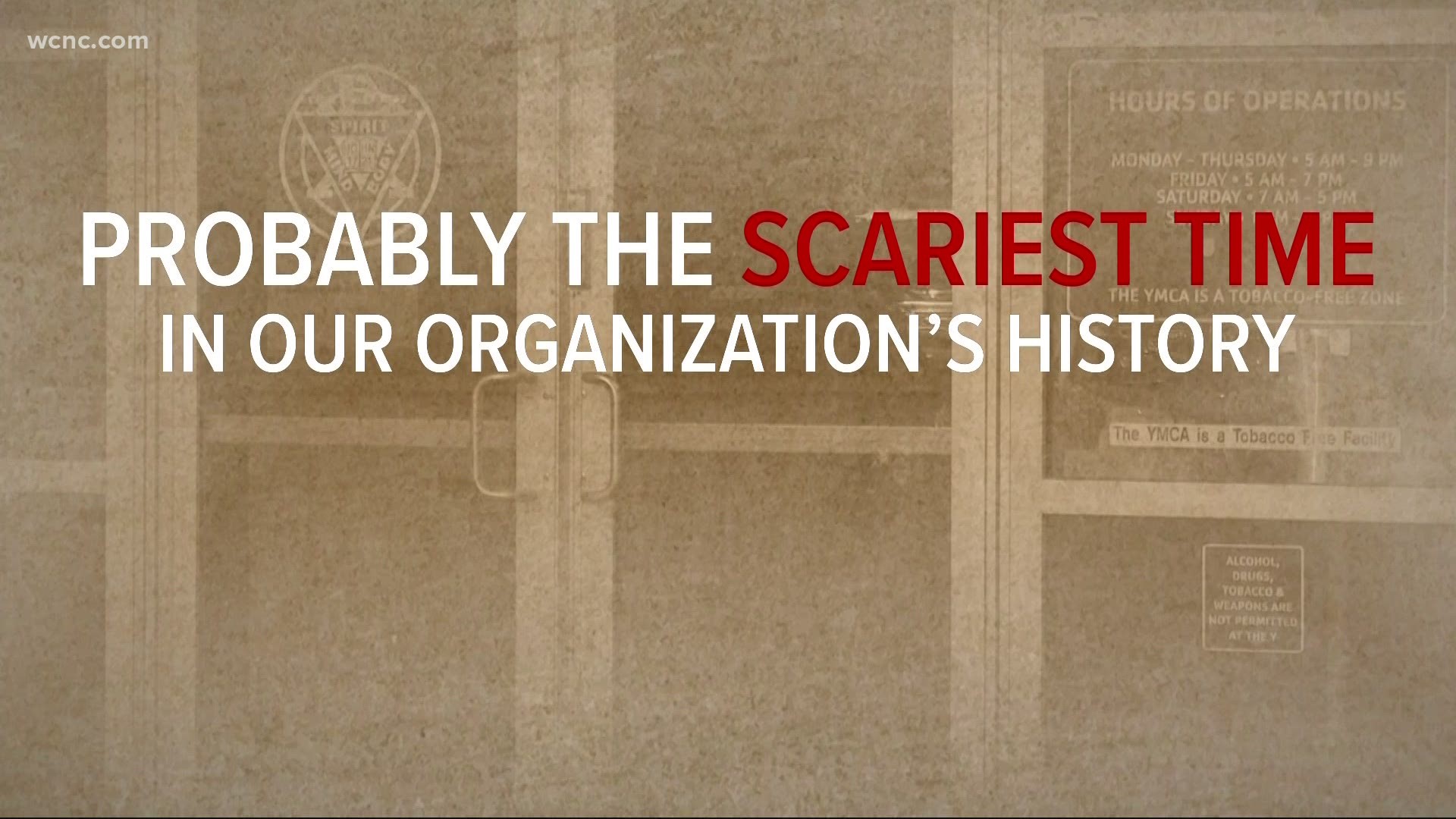 Leadership there believes our approach to fitness may have changed permanently thanks to the pandemic so they’re looking at a whole new operating model.

"March 18 we closed our doors and went through what was the scariest time in our organizations' history," Joe Angelon, Dowd YMCA executive director, said.

The YMCA branches in Charlotte were forced into massive layoffs as branches closed temporarily and members pulled out indefinitely.

"We just haven’t seen the rush of people who have come back,"  Angelon said. "We're starting to rebuild now and we're still in the thick of it to be completely honest and looking for opportunities to serve."

The opportunities they’ve found? A new way of doing business.

"COVID forced us to do some things that I think will continue into our future,"  Angelon said."I don’t think it’s just a short-term solution. This is the trend, people want to be outside, they feel better outside."

So the YMCA is creating outdoor fitness centers, a complete workout room just like what you’d find inside, at nine centers to start. They’re also adding dozens of outdoor group classes and a full range of virtual options.

"I think fitness has changed," Angelon said. "We know some people working out from home, so what we're gonna offer is three-fold-fantastic indoor facilities, strong outdoor, and we're also going to go virtual."

RELATED: Life after COVID-19: At-home fitness and home improvement may be permanent

And they’re hoping that the business model will get them back to being one of the most successful YMCA organizations in the country.

"I think we’ve come through it and now hopefully we’ll see the other side of this and start to really grow," Angelon said.

The Dowd YMCA in Dilworth is the most visited branch in the country, pre-pandemic, there would be 4,000 people there on average. Now that number is half that.