'You have to be concerned about it' | Gov. Cooper addresses recent milestones in coronavirus data 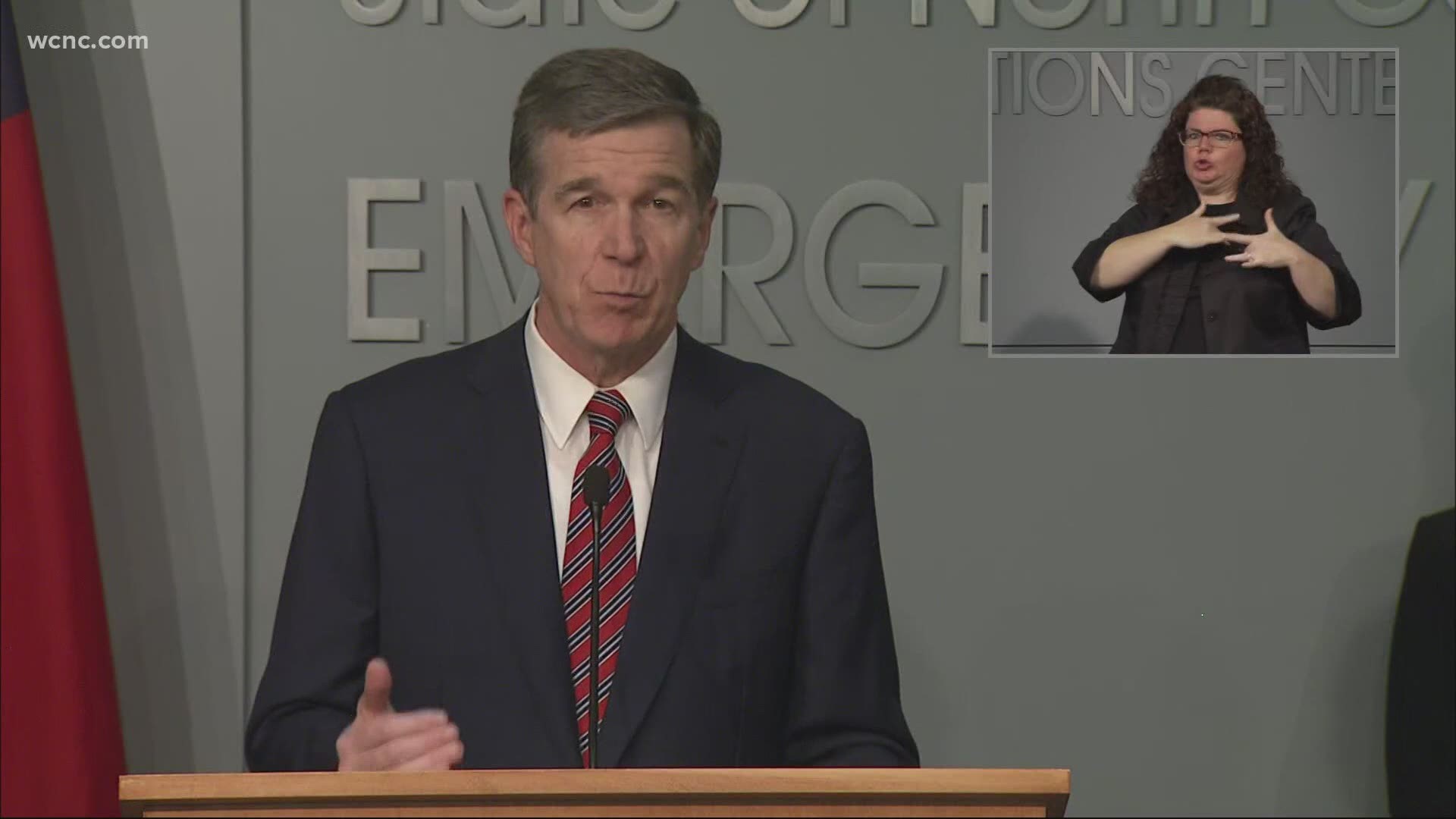 CHARLOTTE, N.C. — Gov. Roy Cooper and North Carolina health officials responded to the state's recent coronavirus data milestones, saying they are reminders that vigilance is important during the easing of restrictions.

"This virus is a serious threat, and we cannot let our guard down," Gov. Cooper said, speaking specifically on two data headlines.

North Carolina saw its highest single-day jump in cases, which happened this past Saturday with 1,107 new cases. It also saw its highest number of hospitalizations on Monday, with 627 people in the hospital.

Health officials say it's hard to pin those developments solely to the recent reopening, and they say that there are likely many variables.

"We certainly see the number of cases increasing in our urban parts of the state but also in our rural areas where we have that critical infrastructure facilities that require them to continue to operate," said Dr. Mandy Cohen, North Carolina's Secretary of Health and Human Services.

WCNC Charlotte has also been tracking trend lines showing the percent of people testing positive and hospitalizations appearing to increase over the last several days.

The latest graphs of those two measurements are shown below.

Percent positive tests and hospitalizations are two out of four key metrics the state watches closely, and the governor says any changes in the data is something to monitor.

"We like to look at these statistics over a 14-day period, but when you see a couple of days, you have to be concerned about it," said Gov. Cooper. "It's one of the reasons we are continuing to emphasize to people we are far from being out of the woods yet."