Hospital systems refuse to get on board, which would mean families on the state health plan would have to pay out-of-network for any of those facilities or doctors. 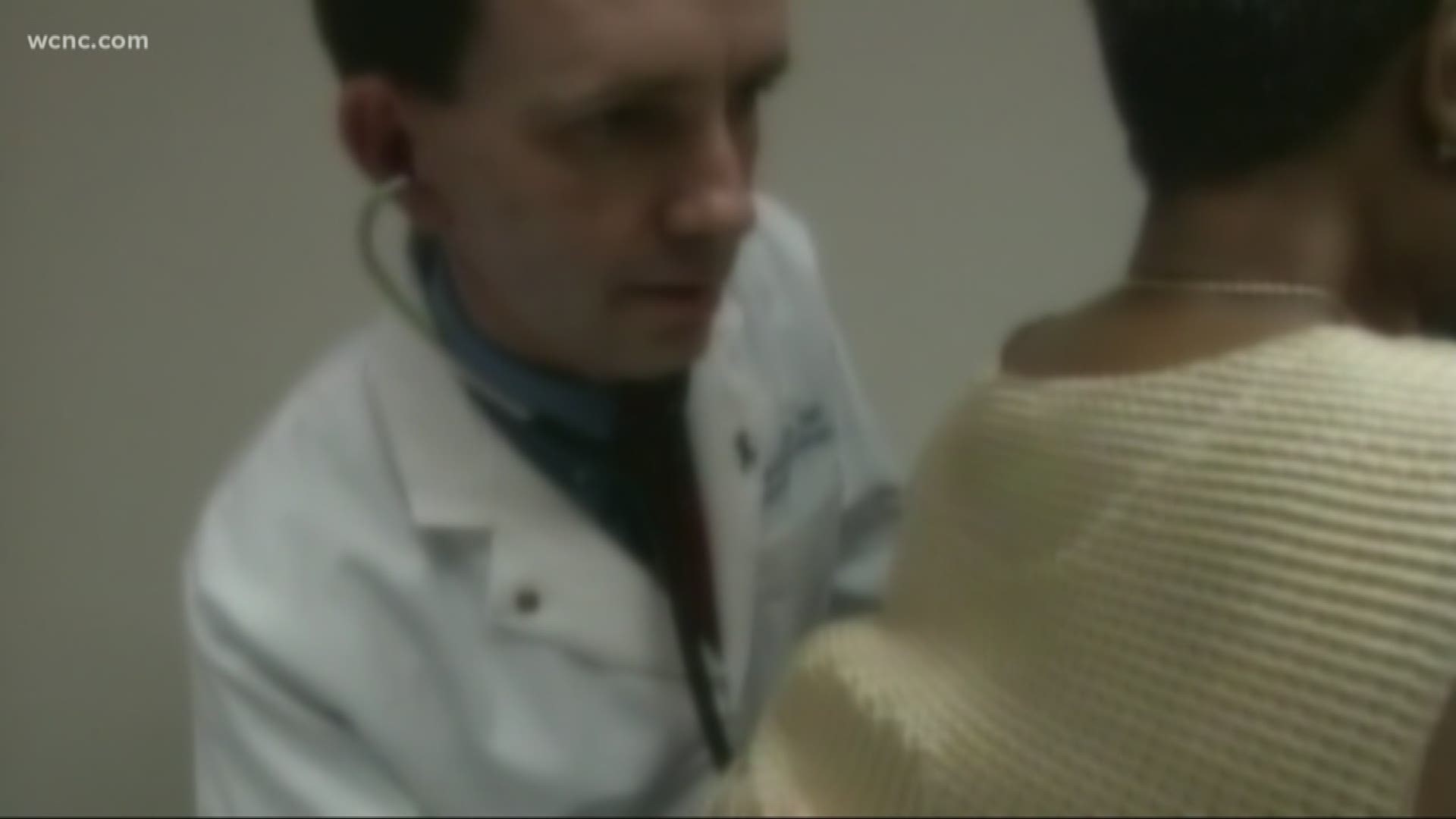 CHARLOTTE, N.C. — Time is ticking as the health care of more than 700,000 North Carolina state employees is at stake.

Hospitals across North Carolina have until August 5 to choose whether to sign on to State Treasurer Dale Folwell’s new health plan for state employees, which includes teachers and state troopers.

But major hospital systems like Atrium Health and Novant Health are refusing to get on board, which would mean families on the state health plan would have to pay out-of-network for any of those facilities or doctors.

Folwell said the goal of his plan, called the Clear Prices Project, is to lower costs and get rid of closed curtain healthcare provider negotiations – fighting major hospitals who said that would cost them millions. Meanwhile, 700,000 employees are stuck in the middle with their health on the line.

NBC Charlotte Defender Savannah Levins sat down with Fowell for an interview, four days out from that deadline.

"The major hospitals are boycotting the clear prices project. It’s a cartel," Fowell said. "We have hospitals across North Carolina that are going to make more money under this plan and still didn’t sign a contract because they don’t want to do away with secret contracts."

Some hospitals like CaroMont Health in Gastonia have agreed to the new plan. But other major players like Atrium and Novant have refused so far, saying it could cost them millions, which would negatively impact their quality of care.

“So the hospitals that are saying we literally can’t afford this are they lying?” Levins asked Folwell.

"They’re not being truthful," he responded. "One hospital in this area has $5 billion in the bank. They have more in the bank, and we almost have in long-term debt in the entire state."

August 5 is the deadline for hospitals to make their final decision.

State employees, teachers like Michael Landers, are worried this could mean their go-to providers will no longer be covered.

“If Atrium and Novant don’t sign on, I would become out of network, my deductible for my family would go up to just close to $30,000. $30,000 is bankruptcy for most teachers. People should not have to risk giving up a doctor’s appointment when their health depends on it.”

The North Carolina Healthcare Association, with the support of many state employees like Landers, is pushing for the passage of House Bill 184, which would effectively step in to pause Folwell’s plan and force further discussion on the issue.

"HB184 basically stops us from reforming the state health plan and make sure we have secret contracts and higher costs for the next five years all on the backs of state employees and taxpayers," Folwell said.

Meanwhile, that Monday deadline is looming, and Folwell said he’s not budging, even if major hospitals don't either.

“We’re fully committed to having a network where that’s not gonna be necessary,” Folwell replied.

“How are we going to make that happen in a few days?” Levins said.

After a beat, Folwell smiled and said, “Stay tuned."

We are reviewing the newly proposed rates for the State Health Plan. Atrium Health is committed to caring for our patients and the relationships they have established with their doctors, while also protecting their access to high-quality care close to home. We remain hopeful that we can collaborate with the NC State Health Plan to find a reasonable and cost-conscious solution that benefits all residents of North Carolina.

Novant Health is independently evaluating the new proposal and remains open to discussing the best path forward for state employees.