Amid the worst measles outbreak in decades, a new report shows thousands of NC kindergarteners went to school unvaccinated. Even so, that's an improvement. 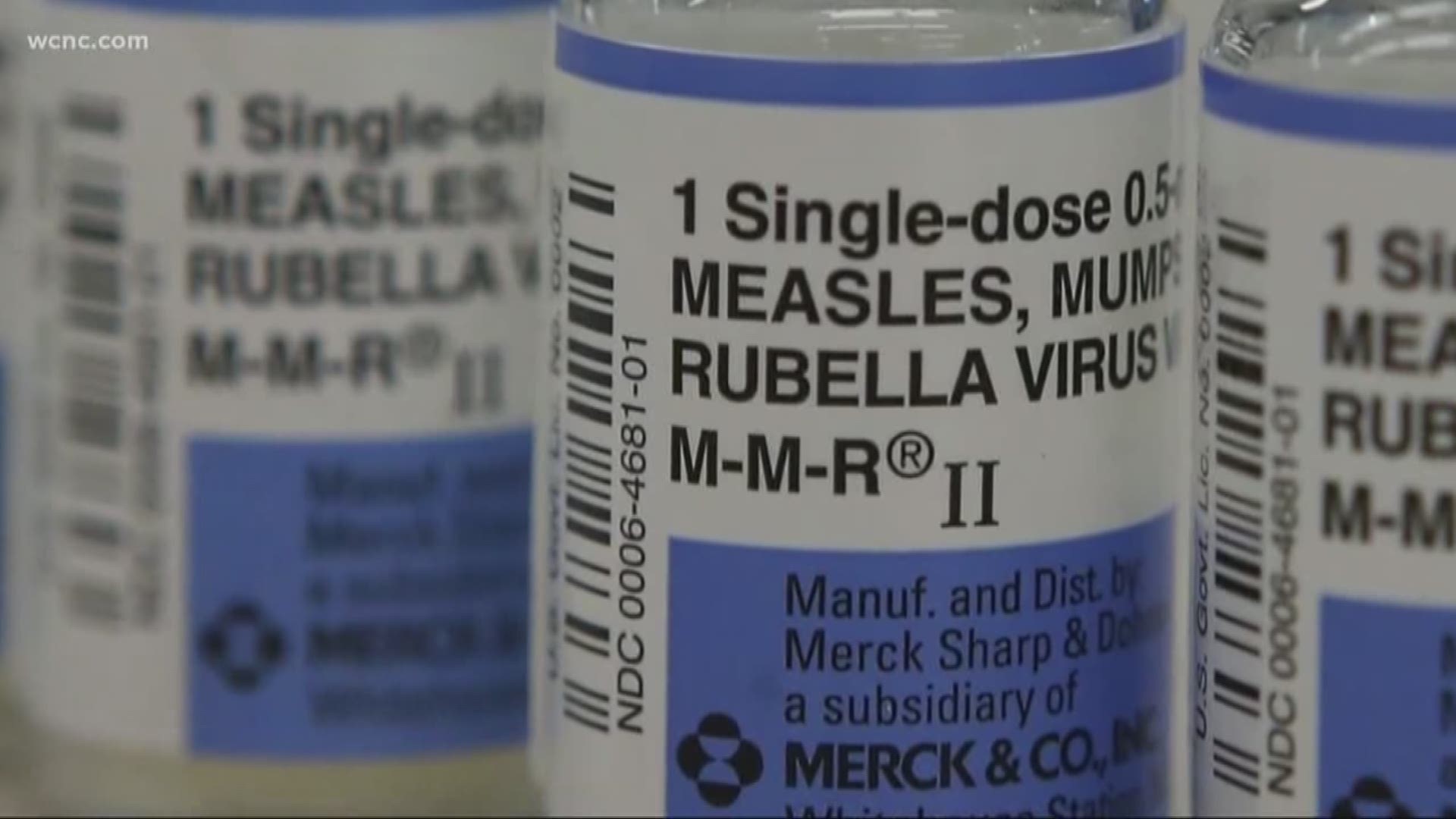 CHARLOTTE, N.C. — As the United States battles its worst measles outbreak in decades, newly released records show thousands of kindergarteners went to school unvaccinated for measles and other preventable diseases.

Despite the anti-vax movement, the numbers show schools and parents are making progress. Even so, for the second consecutive year, state records show Charlotte-Mecklenburg Schools lagged behind its peers with an average compliance of 93.9%.

Records show the struggle is most evident in elementary schools like Starmount Academy of Excellence and Nations Ford, both with less than 50% of students vaccinated within the first 30 days of school, followed by Winding Springs, Huntingtowne Farms and JH Gunn, each with vaccination rates slightly above 70%.

When NBC Charlotte questioned CMS about its lack of compliance last year, the district suggested the numbers were incorrect due to reporting issues.

In the time since, the school district saw its lack of compliance districtwide decrease from 8.1% during the 2017-18 school year to 6.1% this school year. 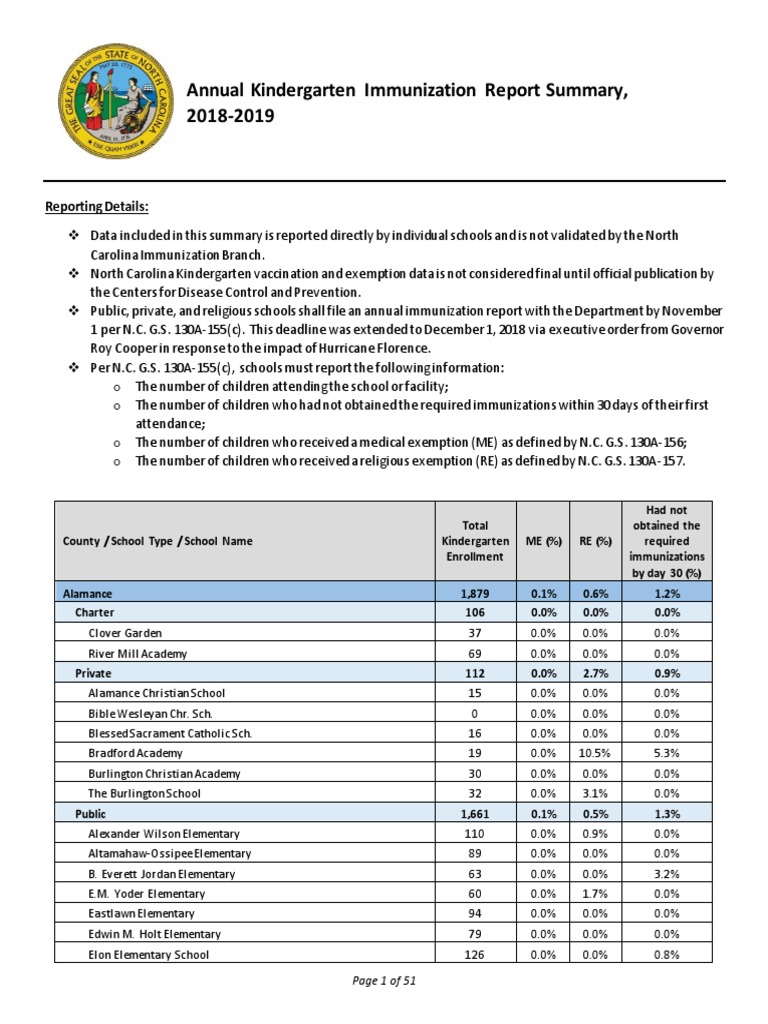 Final 18-19 Kindergarten Immunization Report Summary - County and School | Schools | School Types
❖ Data included in this summary is reported directly by individual schools and is not validated by the North Carolina Immunization Branch. ❖ North Carolina Kindergarten vaccination and exemption data is not considered final until official publication by the Centers for Disease Control and Prevention.

Kids who aren't up on their shots in the first 30 days technically can't come to school until they are vaccinated. Health experts say the more children who don't have their shots, the greater the risk of outbreaks and the greater the chance of spreading illness to those who have medical and religious exemptions.

With the last week of school underway, the Mecklenburg County Health Department is expanding shot clinics on Saturdays this summer, the first one later this month, in hopes more kids will get their shots.

The health department has also increased capacity for appointments at all clinics to "handle more appointments each day than ever before."

The health department plans to open its clinics on the following Saturdays from 8:30 a.m. to 12:30 p.m. for shots:

Parents can call 704-336-6500 to make appointments for rising kindergarteners and seventh graders to get up-to-date on their shots.

Baby cut from slain mother's womb is 'fighting and surviving'

Farewell iTunes: Apple is splitting up the music platform