Doctors emphasize importance of immunizations even in a pandemic

Experts say illnesses like mumps, measles, and chickenpox are making a comeback, and now is the time to get those vaccines. 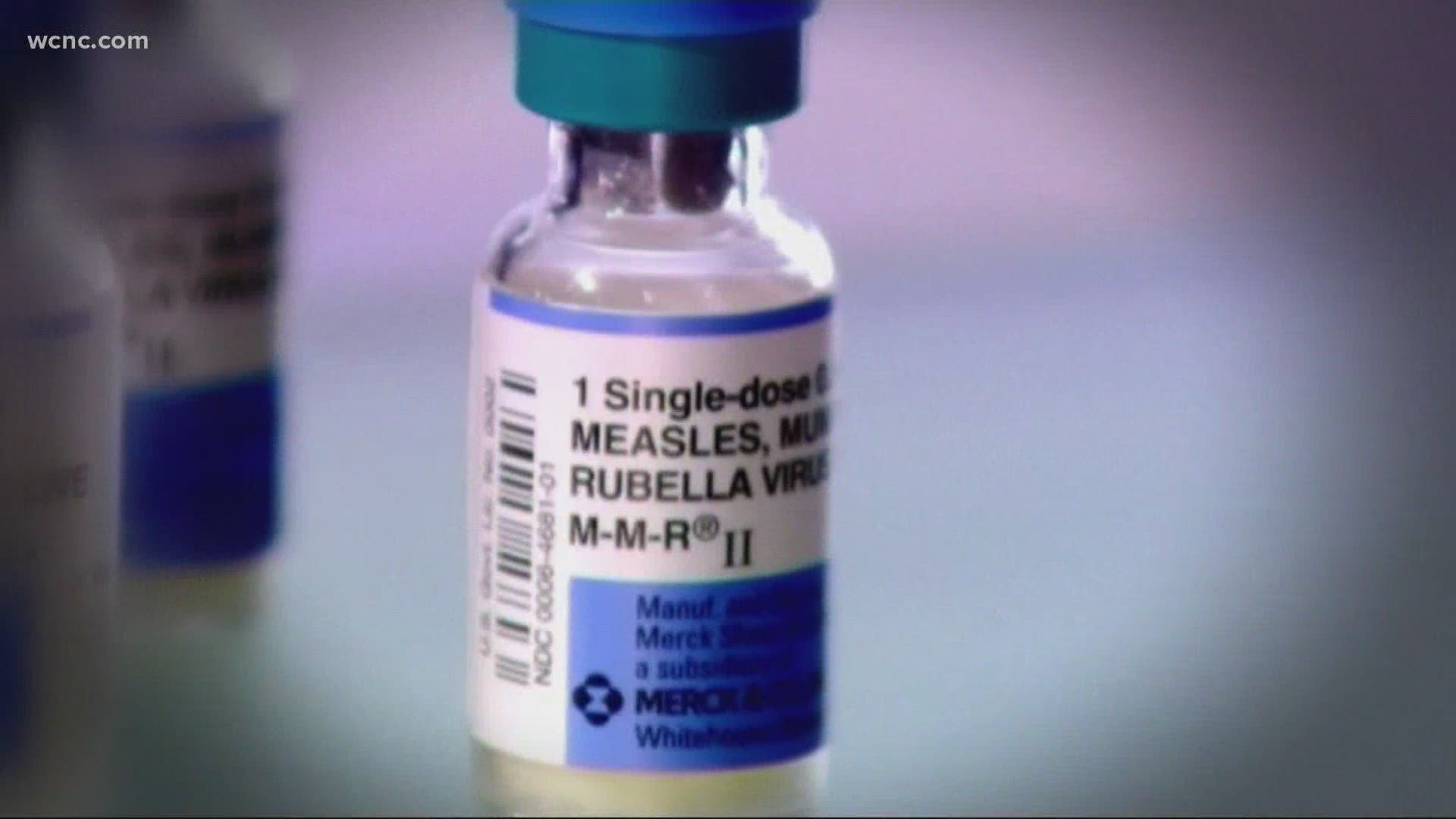 CHARLOTTE, N.C. — As hundreds of students prepare to return to school this fall, doctors say immunizations should be at the top of the back to school checklist. It’s an effort to help keep the public healthy and safe as well as to prevent the spread of other diseases outside of the coronavirus.

Doctors say vaccines help to stop the spread of illnesses like mumps, measles, polio and even the most common sickness like the flu.

“Influenza is probably the most important vaccination because if you get a respiratory illness and then you get COVID on top of that it can have deadly consequences,” FastMed Physician’s Assistant Kristopher Richardson said.

High-risk groups like pregnant women, those who are older and younger children, are also more likely to have complications if they do fall sick.

RELATED: Here's how Lancaster County is keeping students safe on school buses during the pandemic

“They do not have the immunity that the rest of us have,” Cleveland Clinic Dr. Kimberly Guliano said.

Doctors say the worst-case scenario is if vaccinations are not taken then there’s a chance there could be an outbreak of those illnesses that are typically preventable.

With that said it’s better to act now than later.

“End of August, September into October is a great time to get vaccinated before influenza season ramps up, “ PA Richardson said.

Mecklenburg County will be hosting a Back to School Immunization Clinic Saturday, August 8 from 8 a.m. to 5 p.m. at the Beatties Ford Road Public Health Department.