The FDA approved the first generic form of a common inhaler

Approximately 26 million people in the United States have asthma. In, and in North Carolina, one out of every 10 children is affected by it. 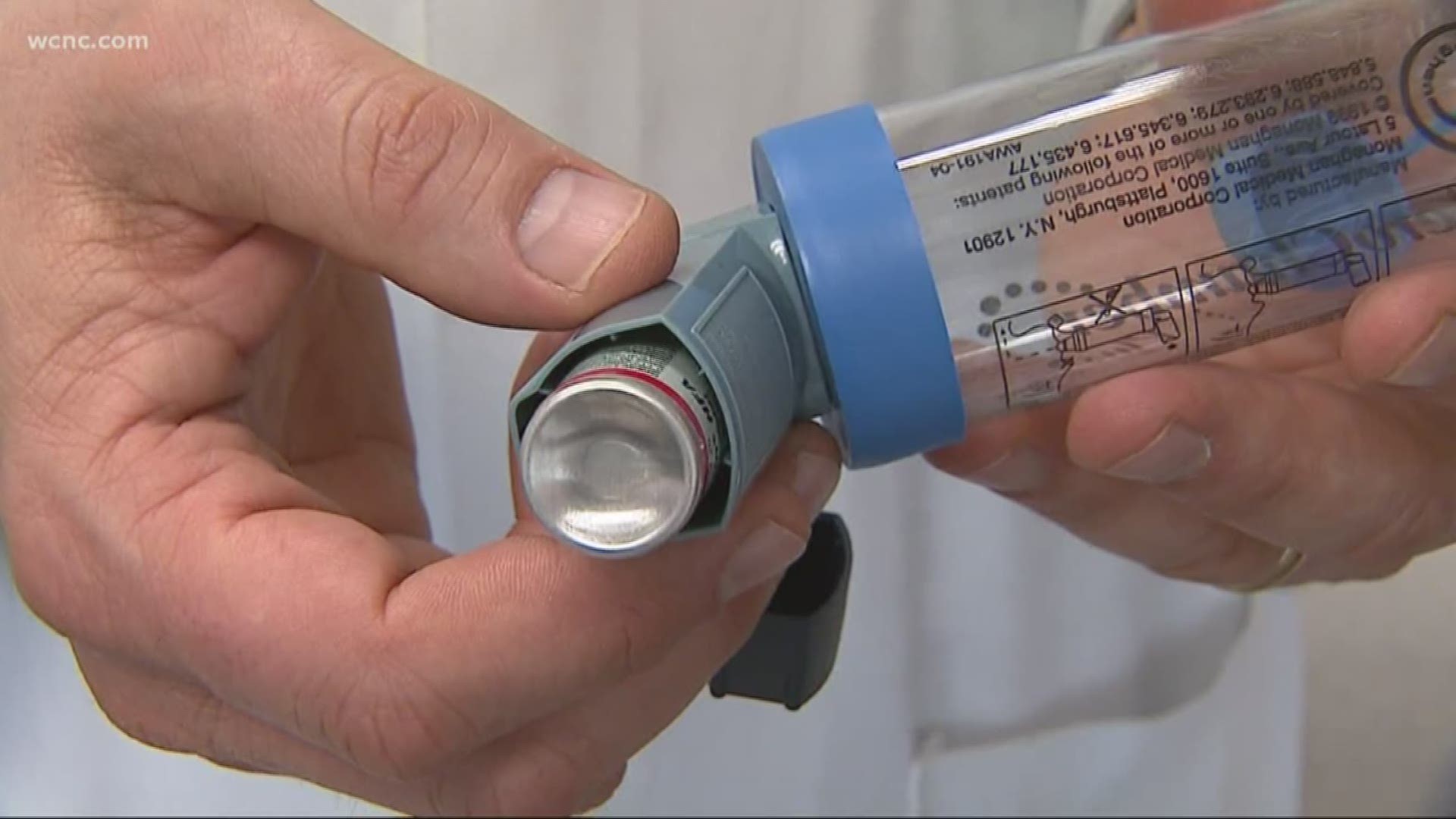 The Food and Drug Administration approved Perrigo Company plc, and its partner Catalent Pharma Solutions, for the first generic form of one of the most common rescue inhalers used to treat asthma.

Approximately 26 million people in the United States have asthma, and in North Carolina, one out of every 10 children is affected by it.

This particular rescue inhaler, the ProAir HFA or albuterol sulfate, costs upwards of $70. However the new generic could cost $30 or less.

Dr. William Alleyne says about 4-5% of the population suffers from asthma, and while most people who have it live normal lives, it can be dangerous.

“It’s still fatal in about 5,000 people in the United States every year,” Dr. Alleyne said.

When asthma turns deadly, it’s usually because it goes untreated, or symptoms are ignored.

“Many times it’s patients not being able to access their medicines in a timely fashion, and a lot of that comes down to cost,” Dr. Alleyne said.

In North Carolina, asthma is especially prevalent in low-income households.