For years, firefighters though the greatest threat they faced was smoke and flames, but now something else is lingering in the smoldering ruins of every blaze. 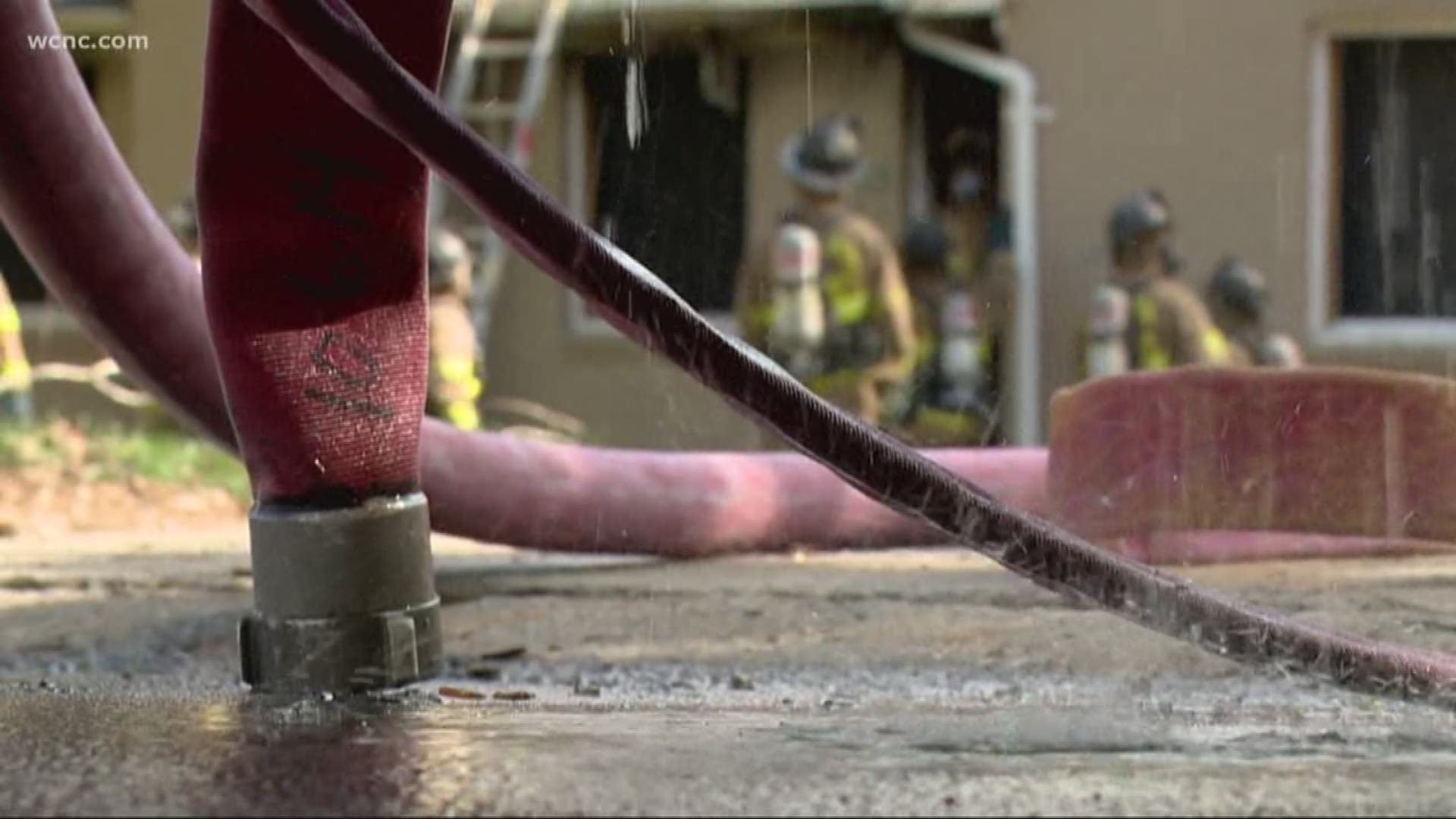 It was often overlooked as the price you pay for having a dangerous job.

For years, firefighters though the greatest threat they faced was smoke and flames, but now something else is lingering in the smoldering ruins of every blaze.

“Everything we are seeing in the fire service is cancer being found in alarming numbers of firefighters in the state and across the country," said Matt Sellers with the Concord Fire Department.

Sadly, Sellers himself knows that reality too well.

“I was diagnosed in 2011 with a rare type of lymphoma. I went through rigorous chemo for 7 months. After that a bone marrow transplant," he said.

Sellers spoke with NBC Charlotte’s Rad Berky at the annual convention of the North Carolina Association of Fire Chiefs that was in its second day in Concord.

At the convention, firefighters developing cancer and what to do to prevent it was foremost in the minds of many.

Travis McGaha is also a Concord Firefighter, and he is also part of the North Carolina Firefighters Cancer Alliance, a group dedicated to working with firefighters and their families.

"What we are trying to do is give tools to departments around the state to help them start reducing their cancer exposure," McGaha said.

The Concord Fire Department believes buckets they have put together are part of the answer. Each bucket contains everything needed to contaminate firefighters -- washing away any foreign chemicals they may encounter that could lead to cancer.

McGaha described the contents of the buckets that can be put together for about $20 each.

“That includes specialized detergents, soaps, wipes so firefighters can clean their bodies and clean their gear on the scene and encapsulate it in a bag and take it with them back to the station safely," he said.

From his own experience, Sellers says he is a believer.

“Decontamination is the key,” he said.