The Rosentels say it all began in February when Pender tested positive for the flu. But instead of getting better, Pender got worse. 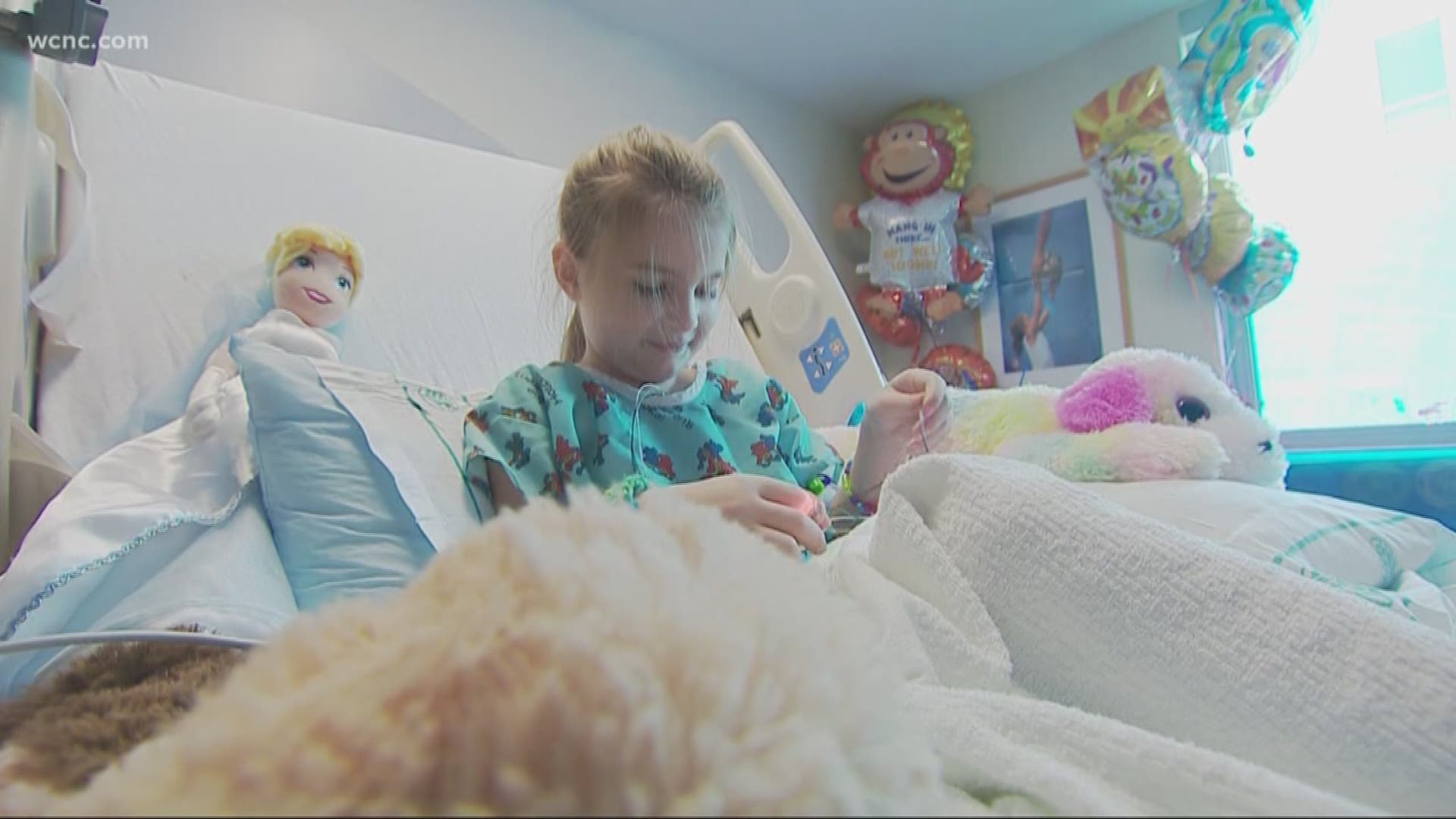 CHARLOTTE, N.C. — Its been a deadly flu season across the Carolinas.

Doctors say what makes the flu so deadly are complications that arise from it, like pneumonia. But how do you differentiate the symptoms?

One Charlotte family shared their daughter’s story after she spent the last month in the hospital from flu-related complications.

Five-year-old Pender Rosentel is all smiles on the outside.

"Out of all of our kids shes our loving endearing child," Michael Rosentel said. "Always wanting to give someone a hug and a kiss."

But over the last month, Pender has been the one needing the hugs. She’s spent weeks in a hospital bed undergoing three surgeries.

Instead of going to school and ballet, she’s tied to machines.

The Rosentels say it all began in February when Pender tested positive for the flu. But instead of getting better, Pender got worse.

Her parents noticed she was breathing with her stomach -- which is abnormal.

Rushed back to the hospital, doctors say Pender had developed necrotic pneumonia – a severe complication of the flu.

"Where basically bacteria is eating away at the tissue at the bottom of her lung," her mom said, adding, "and her trachea and her heart had now shifted over so I literally sat there balling my eyes out."

Doctors at Levine Children’s are still unsure when Pender will be able to go home.

But as their daughter heals, the Rosentel’s are sharing their daughter’s story hoping all parents know that trouble breathing is a dire warning sign of the flu turning into something much worse.

The Rosental’s admitted they skipped the flu shot -- but they say after this, the whole family will now be getting one.

The family says they’ve been getting through it by the support of their church and the Charlotte community. A GoFundMe page set-up for them has already raised more than $18-thousand dollars.