Over 100,000 people are waiting on a kidney transplant. There's a program that could save lives, but COVID-19 has caused some major problems. 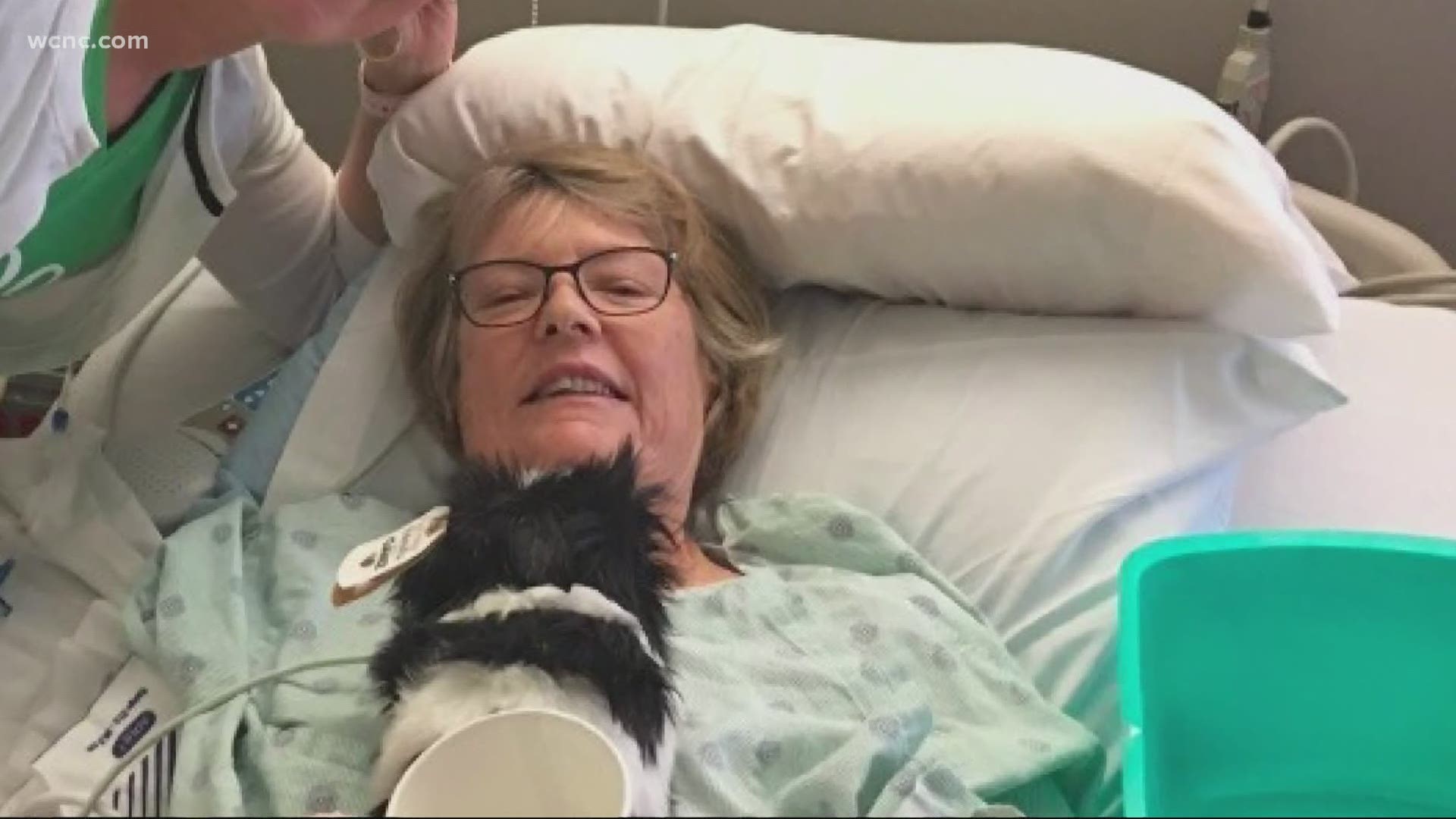 CHARLOTTE, N.C. — The COVID-19 pandemic has dominated news headlines over the last 12 months, but millions of Americans are also dealing with other significant health issues that have been pushed from the spotlight.

For example, kidney transplants. At any given time, about 470,000 people are on dialysis, a process that filters the blood and buys time for people dealing with kidney diseases. Kidney disease can affect anyone, and husband Marc Weiner is one of those people.

"Dialysis is not easy but I juggle it," said Weiner, who does treatment three times a week for four hours at a time.

He had bladder cancer and lost his kidneys in the process. He's been on dialysis since October 2016. The process is unpleasant but it's kept him alive until he can receive a kidney transplant.

"It's afterwards that can be very debilitating," Weiner said. "What I mean by that is, I can be very tired, very cold, and on occasion, you become worn out."

Weiner's story has been profiled on local and national news outlets, including his workplace of CBS News. Weiner's face and need has been seen front and center in Times Square on a billboard.

There's a program that might save his life, and many others, but it's struggled throughout the COVID-19 pandemic.

"When COVID first hit, the transplant center industry across the country shut down," said Ned Brooks, founder of the National Kidney Donation Organization.

Brooks made the selfless act of donating a kidney to a young mother he didn't know. That process is called the living donor. It works like this: A person decides to donate a kidney, gets tested, and gets put on the National Kidney Registry.

When a match is found, that person then donates a kidney, even if it's not to the person they want to directly help. After the donation, the donor receives a voucher, which can be used for a family member or a friend in need of a kidney.

RELATED: ‘Without the organ donor, there is no miracle’ | Gastonia mother in need of multi-organ transplant

“You’ve got about 100,000 people on the transplant waiting list and you have about 13 people that die from failed kidneys every day, and those numbers are likely to have climbed in 2020," Brooks said..

Michelle Hughes, who lives in North Carolina, said she grew tired and frustrated at the wait time for her son who needed a kidney due to health issues. She learned about the living donor program through NKDO and jumped in feet first. At 73 years old, Hughes donated a kidney and received a voucher for her son Dan, who was in end-stage renal disease. A better match for her son was later found, so one might say Hughes helped save two lives.

RELATED: 'The most precious gift' | Charlotte man virtually meets the family of his organ donor

“It’s a wonderful gift, a gift for you, I can’t tell you how wonderful it feels to know I saved my son’s life," Hughes said.

She and her son now have a special relationship for Ned Brooks. As for the program, Hughes can't say enough good things. The cost of the procedure is covered for the donor, including lost wages.

Back in New York, Weiner waits, and his family hopes.

"There is only one world, and we only have one life," Weiner said. "I am going to live it to the fullest and stay optimistic."

Click here to learn more about the NKDO and the living donor program.