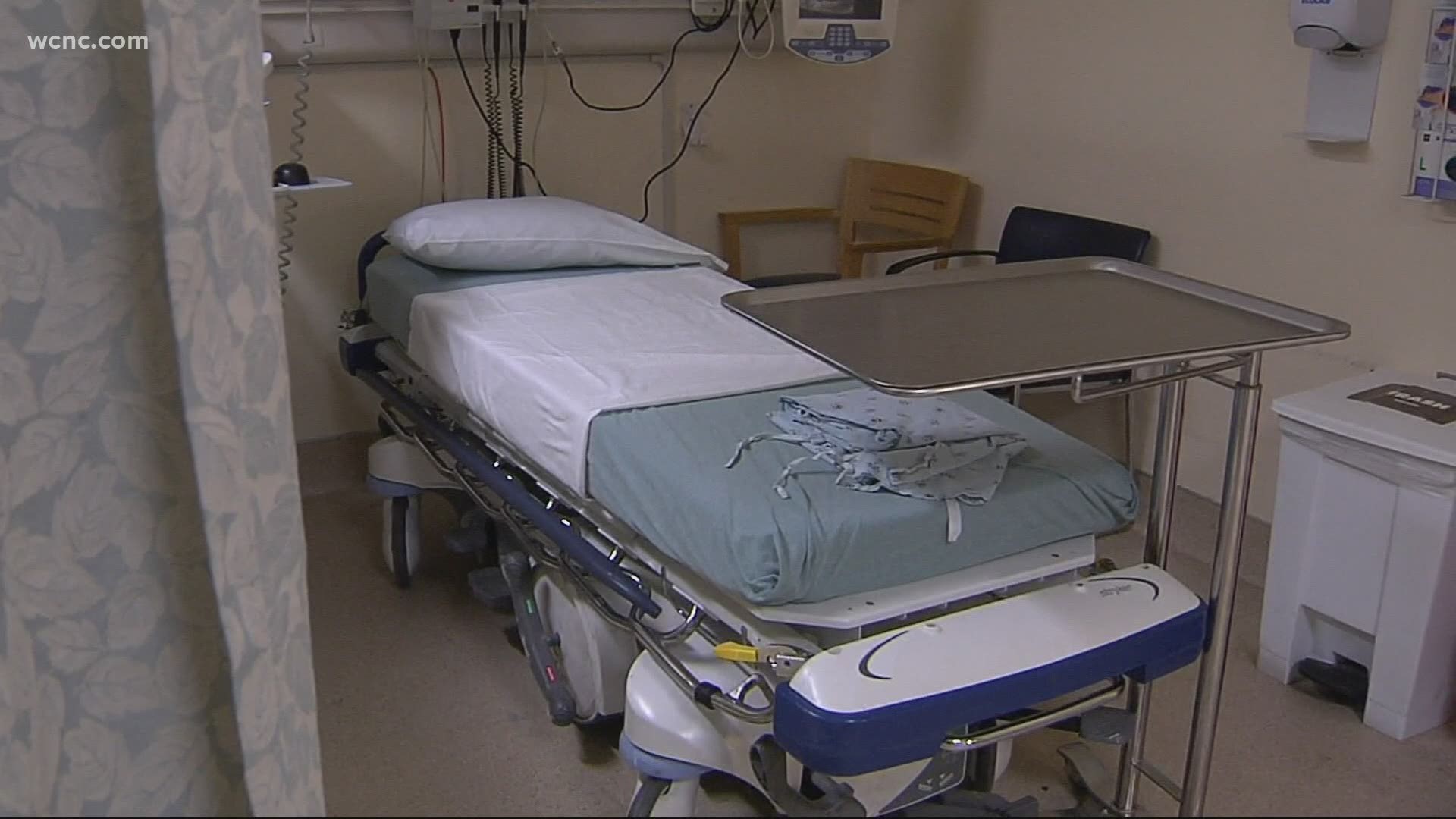 CHARLOTTE, N.C. — Health department data released Thursday showed 75 percent of hospital beds are currently in use in both North and South Carolina.

That means less than a quarter are available for new patients, marking concerning new highs in the Carolinas.

In North Carolina, DHHS reported 76 percent of inpatient and 80 percent of ICU beds are currently in use.

"We are particularly concerned about the Charlotte area, and their hospital capacity," DHHS Secretary Mandy Cooper said at Thursday's state press conference.

RELATED: NC DHHS: You no longer need a doctor referral to get a COVID-19 test

"Look at other states where an uptick in cases led to hospitals filling up, we don't want that to happen," Cooper said. "That's why we're keeping such a close eye on the numbers."

In South Carolina, data reflects a similar picture. DHEC reported 75.6 percent of inpatient beds were in use as of Thursday, July 9.

On Wednesday Tod Ausburger, president and CEO of Lexington Medical in South Carolina voiced his concerns at a city council meeting.

"I am concerned about our ability to not only care for COVID patients but what people also need to recognize is other illnesses have not taken a vacation during the COVID pandemic," he said.

"We are still diagnosing the same number of cancer patients, heart attacks, strokes, people still need back surgery, knee surgery, they still have emergencies, car accidents, so we’re trying to provide care for all the people we would have before."

State leaders have long said implementing field hospitals would be the last resort, saying limiting non-emergency occupancy would likely be the first tactic if the number available beds fall under 20 percent. The latest data now approaching that limit.

Meanwhile, many local hospitals are urging people not to panic or rely too strongly on state data.

In May DHEC reported York county had zero beds available – but Piedmont Health, the county’s only hospital, said at the time that was inaccurate.

“We’ve got ample beds available…if people need to be admitted," Piedmont Health CEO Mark Nosacka said. "The real need now is reassuring the public that they can get care here.”