Medical experts say most strokes can be prevented with healthy lifestyle choices, but many can in fact be caused by physical exertion, sports, or heavy lifting. 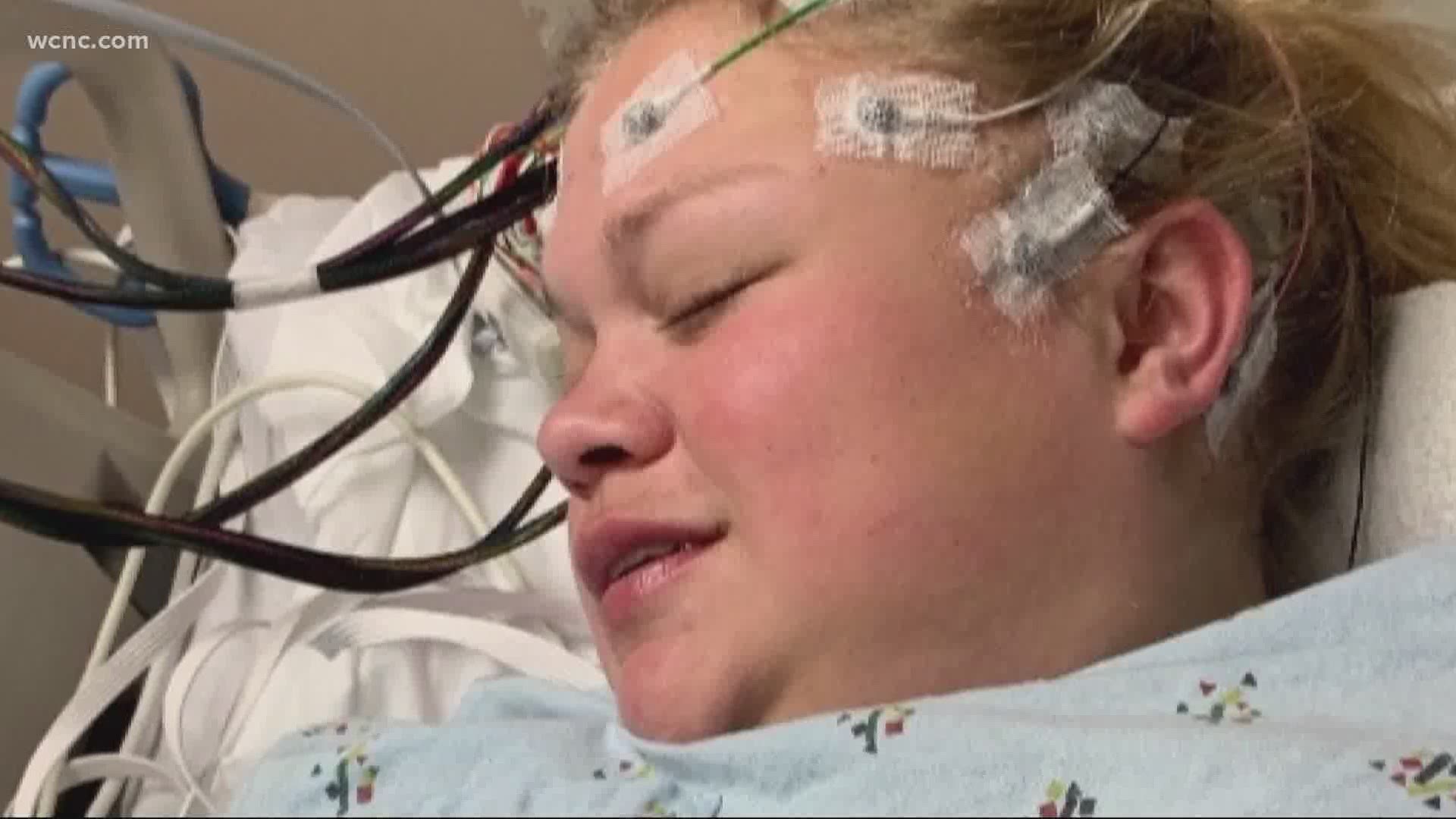 CHARLOTTE, N.C. — It's a shocking statistic — strokes are on the rise for people under 40. Health officials say that age group had a 44% increase in stroke hospitalizations in the past decade.

And now, a new wrinkle — strokes are killing adults in the prime of their lives who don't realize they are actually infected with COVID-19.

Now, a Charlotte-area 30-year-old victim is trying to raise awareness about the symptoms.

"That day from what I can remember I had a really nasty headache," Stephanie Smith said. "I normally just deal with them."

That's how it started for Stephanie.

"I remember taking a shower getting ready for bed and after that everything goes blank," Stephanie said.

Thankfully, her husband Jacob was home at the time.

"I found her hunched over the sink unresponsive," Jacob said. "I tried to get her to squeeze my fingers, nothing. that's when I called 911"

At the hospital, doctors determined Stephanie had suffered a stroke.

"I had a bleed in my neck," she said. "It was one of the arteries in my neck… Basically, it blew."

Then, they found out while at a rehab facility that strokes like that have been happening to younger people more often lately.

"The neurologist we spoke with informed us that she had patients who have torn this artery from things as simple as golf swings," Jacob said. "Simple trauma that you wouldn't normally expect."

Medical experts say most strokes can be prevented with healthy lifestyle choices, but many can, in fact, be caused by physical exertion, sports, or heavy lifting.

Even then, some called cryptogenic strokes can happen for no known reason at all. That's why it was the last thing Stephanie and Jacob expected.

"I had no idea what was going on I called 911 I didn't know what to tell them," Jacob said. "I said there's something wrong with my wife, she's unresponsive."

Thankfully, Medic responded within 10 minutes and quickly identified what was happening. It's likely why she's still here to share her story.

"I've had to relearn how to walk and do a lot of things on my left side," Stephanie said.

Now, Stephanie is hoping to raise awareness about what she had to learn the hard way.

"You don't think about these kinds of things at our age normally," Jacob said. "The fact that this is happening younger and younger, people need to know about this."

Knowing the signs — like the 'FAST method' — is important because time is critical when someone is having a stoke. 'FAST' is used to help detect the needs of someone having a stroke — it stands for:

If you notice someone has a drooping face, ask them to smile — if it's uneven, that could be an indicator. If a person has a weakness in their arms, ask them to raise both so you can see if one arm has a difference. Ask the person to repeat a simple sentence to detect any slurring. And if someone shows any of these symptoms, make sure to call 911.

"If we don't have the awareness out there it's going to keep happening," Stephanie said. "Know the signs."